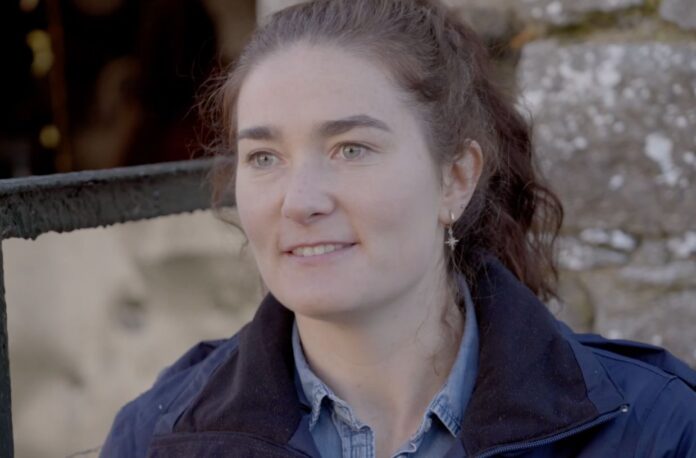 “It took Catherine Quinn 50 years to break the glass ceiling in Irish farming, but she could only do so by buying her own farm; inheritance was not an option on offer to her.”

That is how RTÉ 1 Ear to the Ground presenter, Ella McSweeney, summed up the Co. Limerick suckler farm’s story in her recent appearance on the popular farming and rural affairs programme.

Together with her granddaughter, a renowned journalist, Hannah-Quinn Mulligan, she breeds elite pedigree Hereford cattle under the Tory Hill prefix in the heart of the Golden Vale.

Catherine, the eldest of nine children, grew up on her parent’s dairy farm and purchased her current holding, which is 15km from her home enterprise, 35 years ago.

“I spent most of my time outdoors with my father from when I was a very young child, and I think that is where I got my love of animals from.”

“I was involved in milking my couple of cows before going to school in the morning. My idea was to save and buy my own farm someday.”

In 1960, then aged 18, she emigrated to England and one of her younger brothers would go on to inherit the farm.

She forged a career in banking before marrying and raising three children.

Along with her husband, she ran a successful company formation business in London. But, she could never forget her childhood dream of owning her own farm.

By 1987, she had made enough money to buy the holding that she now farms, but neither her husband nor children were interested in farming, so she ran the enterprise single-handily.

Catherine revealed that she did not meet many women involved in farming back then, and “there was that sense of amazement”.

“I do remember one farmer buying a bull, and he just could not get over it. He kept saying, ‘I bought a bull from a woman.’ I was unusual.”

“I do not think it has changed that much from when I was a young child because I see women, and I think of my own mother and how she kept the whole farm going and everything together.”

“Also, I think a lot of women do that today. They do not get the recognition that they are entitled to.”

“Then, when it comes to pension or if anything goes wrong in the relationship, the woman who has contributed, in most cases, a lot, has a very difficult time sorting things out.”

Far from the norm

This farm, owned by and legally registered to these two women, is “far from the norm in Irish agriculture”, McSweeney, remarked.

Hannah – who returned to the family farm five years ago – told viewers:

“There are 130,000 farm families, and we are really proud of that. Yet, less than 1% of those farms are registered in a male and female partnership.”

“But we know as well from CSO stats that 70,000 women work on farms every single day. So why are they not named? It should not be an awful lot to ask for equality.”

To address this inequality, she founded the Women in Agriculture Stakeholders Group, which successfully lobbied for a new 60% capital farm grant for women, with the hope that such measures will incentivise women already working on-farm to be given official recognition on paper.

She continued: “I do not expect to snap my fingers, and suddenly all these women are going to emerge onto farms.”

“They are already on farms, so if they are named officially as a farm partner, they can bring the 60% grant with them, and I think that will really help to encourage the official recognition of women on farms.”

“One thing we were also determined to campaign on was the pension issue. There was a marriage bar in this country where women were forced to give up their jobs.”

“Fast forward, they have been working on farms all their lives and raising children, and they go to draw down their state pension.”

“They cannot do it because their PRSI stamps were not paid because they were not considered official farm workers or officially involved in the farm.”

“So if you have women now in their 60s and 70s in Ireland in this day and age who are not entitled to a full state pension.”

“One woman told me that the only money she is able to get for herself was the money that she managed to save from the shopping money that her husband gave her every week; that is not good enough,” she concluded.

- Advertisement -
Previous article
‘I do ag contracting for the love of it; not for money’
Next article
Prices to €2,190 in ‘vibrant’ trade at Kilkenny