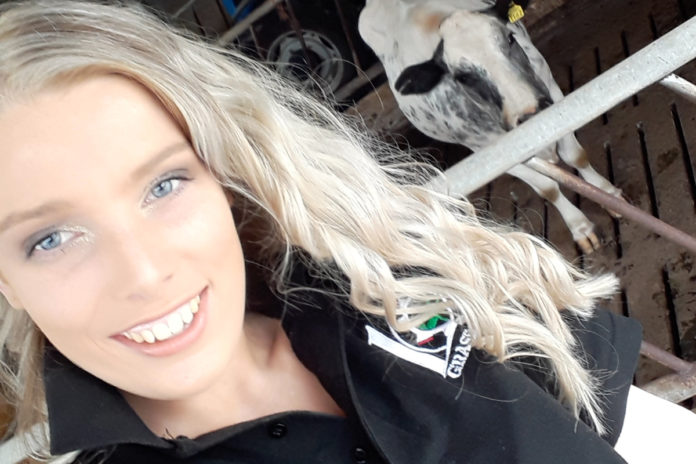 ‘I always get looks when bidding for cattle in the mart’

While suckler farming has always been a strong family tradition, Connemara ponies were introduced to the enterprise in 2010.

They have been trained for the purpose of show jumping, have featured in shows including the RDS and have been sold worldwide to countries such as Estonia.

“Farming has been a major part of my life from the start. Some of my earliest memories are calving cows and seeing tractors flying up and down to the sheds when pit silage was being made,” she explained to Catherina Cunnane, editor of That’s Farming.

“I remember helping to put the cover on the silage pit in the evening. From then on, I knew I never wanted to do anything else other than farm.”

The granddaughter and grandfather-duo have a herd of commercial Limousins with bulls sold at 12-months and heifers at 24-months at their local mart.

They also have pedigree Charolais, which they exhibit in shows in Tullamore, Carrick-On-Shannon, and Elphin.

“Farming is a lot of work, but I love it. As one of my teachers said before, ‘if you do what you love, you will never work a day in your life’. Now, I don’t think he meant farming, but there’s no sign of me stopping for a long time.” she laughed.

“I love waking up at 3am to check cows for calving, going to the mart, buying new livestock, and driving tractors.”

Danielle said she is most passionate about cattle and machinery. “The entire circle of buying in my own heifers, watching them giving birth to calves and watching them develop until their sold is an enjoyable experience.”

“Then there is the love for machinery, tractors, and diggers, you name it. I could sit down with someone and have a full-blown conversation about T7s or John Deere 7r series.”

“If I’m in the house and hear a tractor, I dash to the window to see who is behind the wheel.” added the Scoil Mhuire, Strokestown student.

“From early on, going to marts and shows, I never really passed much heed because I thought the sector had a 50:50 male: female ratio.”

“Then as I got older, it became much clearer that agriculture is male-dominated, but it didn’t bother me in the slightest.”

“I always get looks when bidding for cattle in the mart, probably because I am the only female there.”

“I do believe women are getting some recognition, but I do believe we can get more and normalise the idea of farming being a woman’s occupation as well as a males.”

Set to complete her second-level education next June, Danielle is given some thought to furthering her studies in the agricultural field.

She said she may study agricultural science or agricultural mechanisation but is also considering contracting overseas for one year.

“I want to keep farming until the day that I die. It may not be the securest career, but I’m only living once.”

“There may be no holidays abroad but look at all the money I’ll save which I can use to buy more cattle with to expand the herd.”

“I wouldn’t change anything about being a young person in agriculture and I look forward to the challenges and opportunities that the future holds,” Danielle concluded.