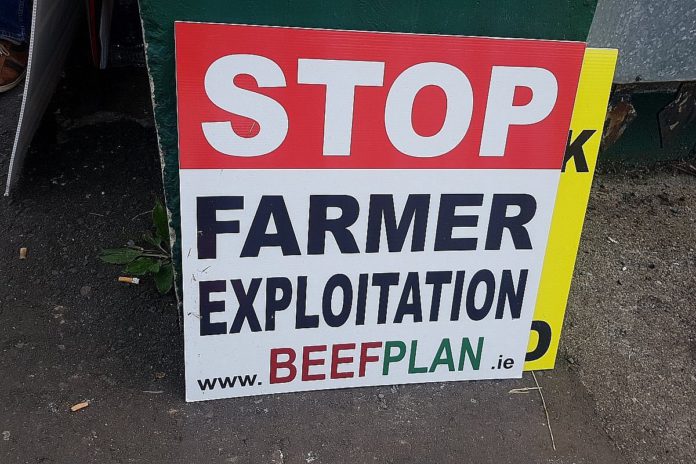 ‘The creators of Beef Plan have no interest in mob rule’

Hugh Doyle and Eamon Corley have released a statement today (Thursday, January 9th), saying it is “clearly obvious” that there is a strong divide between the “opposing factions” within the Beef Plan Movement.

In trying to set up the organisation, the statement added, both Eamonn Corley and Hugh Doyle travelled the length and breadth of the country in an attempt to gather a trusting group of people to create an organisation that would give stronger representation for beef farmers across Ireland.

They said they undertook this action in order to change the way that the beef industry operates so that farmers would “receive a larger slice of the cake” when they sell their cattle.

“In doing so, they accepted any farmer that was willing to contribute to that cause.”

They said they felt it was necessary to be openly inclusive of everyone to give a stronger case to fight for the survival of beef and suckler farmers, for sustainable family farm incomes and for rural Ireland.

They acknowledged that an enormous number of people turned up at the many information meetings held around the country.

“All people involved in running the meetings were volunteers. In trying to put a team together, they openly placed their trust in many people who they never met before.”

“Committees were created informally. During the year, there was much discussion regarding the creation of formal rules and procedures, and disciplinary proceedings against members that acted contrary to the best interests of the organisation.”

During the year, the statement outlined, a temporary national committee was put together “very informally which was only to last until the end of August where one of the aims was to put a formal structure in place”.

“This didn’t happen and what emerged was a divide and a struggle to take over power. The bigger picture was lost and representation of the needs of the grassroots members disappeared.”

The joint chairpersons of the organisation said an effort to put a formal structure in place led to the creation of rules of governance which were negotiated and signed by the directors of the Beef Plan Movement CLG.

“In order to formalise the structure created, county AGMs were a priority.”

“An elected representative from each county AGM would go forward to form the national committee. Some of the county leaderships were diligent enough to arrange their respective AGMS, some weren’t.”

“It appeared an immediate plan of action was put in place to disrupt the election process. Such a process stifles the ability of the organisation to organise the national AGM and present the audited accounts to its members in line with its statutory duties.” the statement added.

The first AGM was held in Galway on Wednesday night (January 8th). “In an embarrassment to the Beef Plan Movement, the meeting ended in chaos.”

“It was taken over by a small organised mob of people mainly from outside the county. Its main aim was to disrupt the meeting.”

“They attended with their own microphones and took control by mob rule. It appeared blatantly obvious, they had no intention of respecting the autonomy of the Galway Committee to have their own discussion if necessary and organise their own AGM.”

The Galway leadership decided to abandon the meeting for health and safety reasons.

There are a further number of AGMS to take place in the coming days, Hugh and Doyle explained. “We hope that the mob rule element of Beef Plan Movement will show respect going forward, stay at home and allow the creation of an elected national committee from each county who can return to the bigger picture, the real business of Beef Plan, negotiation of a better deal for the farmer grass root members.”

“The creators of Beef Plan have no interest in mob rule.” the statement concluded.