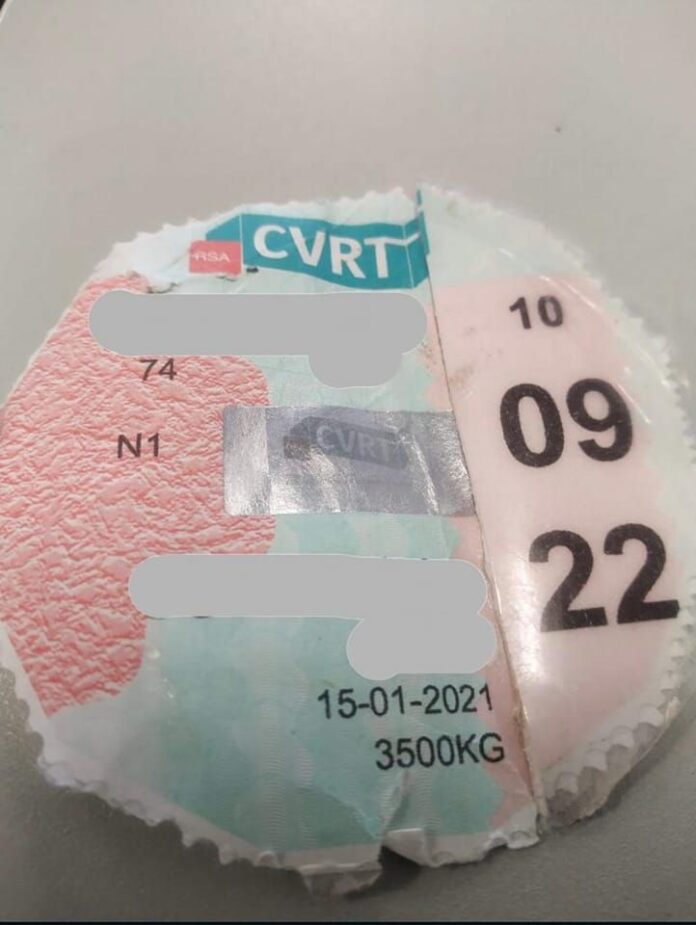 A motorist is set to a day in court after forging a CVRT roadworthiness disc.

Kerry Roads Policing Unit brought the vehicle to a halt in recent weeks.

According to a post on Garda Síochána – Cork – Kerry and Limerick – Southern Region’s Facebook page, “the disc was made up of the original 2021 expired disc and part of another vehicle’s disc which was glued on but also expired”.

The social media post has garnered a backlash on social media, with one writing, “whoever made that definitely did not do well in art class”.

Another said it was “not a well-thought-out plan”, while another branded this as a “money racket”.

One social media user suggested that the motorist should be “jailed for the terrible forgery attempt”, while another asked, “what to expect when people have no money to pay for everything?”

Another wrote: “Gardaí are doing a great job – excellent job policing”, while another said: “every road legal motorist should applaud this detection”.

According to CVRT.ie, Commercial Vehicle Roadworthiness Testing is part of the RSA’s efforts to “keep Ireland safe” and leads to “safer, more reliable vehicles”.

The Irish laws states that all commercial vehicles must be tested (examination of all visible and assessable parts) when they are over one years old and annually thereafter.

Upon passing, vehicles will receive a CRW – Certificate of Road Worthiness.

The RSA states that the cert is “proof that a vehicle met a set of basic safety standards on the day it passed its test”.

However, it adds, this cannot be regarded as a warranty as regards to the vehicle’s condition.