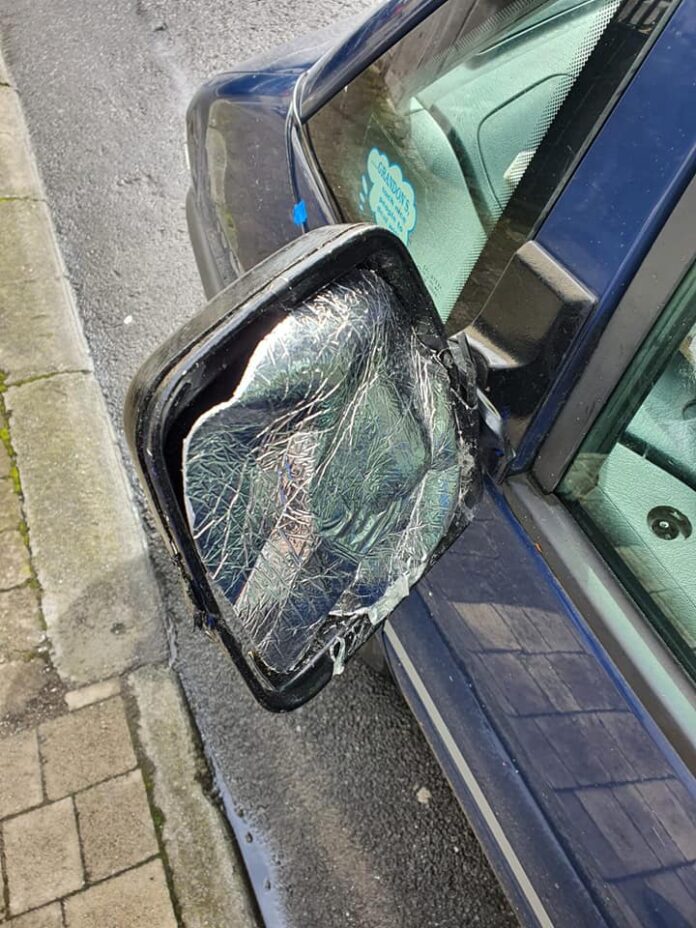 Gardaí in the south-east of the country seized a van for multiple road traffic-related offences in recent days.

A member of Kilkenny Gardaí’s mounted unit initially discovered the van on Rose Inn Street and detected issues with its improvised wing mirror, tax and DOE discs and tyres.

According to a spokesperson for Garda Síochána Waterford, Kilkenny/Carlow:

“The driver of this van had a novel way of improvising a wing mirror. He also saved us the bother of blurring out the registration number on the DOE and Tax disc as there was not any number.”

“In fairness, the tyres were not great either. The van, intercepted by one of our bike members on Rose Inn Street, was seized under Section 41 of the Road Traffic Act after some exuberant pedalling, as the Garda spotted the vehicle outside the post office and had to follow,” the spokesperson added.

Meanwhile, members of the public – including farmers – can now index and record their personal property, including farm machinery, laptops, and bicycles, through a new property marking app.

- Advertisement -
Previous article
Vet nurse suspended for taking pet food and medicine without payment
Next article
VIDEO: ‘It is embarrassing that you have to drive a tractor to school’