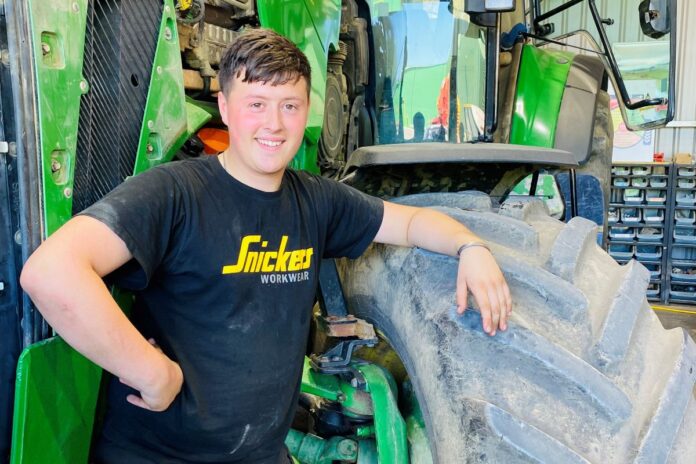 Apprentice agricultural mechanic, Kaylem Russell of E. Finnegan and Sons, Co. Meath, has been named as a finalist award winner at the inaugural apprenticeship awards.

He was one of 187 apprentices nominated from across the country for the inaugural national apprenticeship awards programme.

Brian Riordan, an electrical apprentice from Dublin, took the top spot as the overall winner from a pool of twelve finalist award winners.

According to Minister Harris, apprenticeship is a “vital lever” for the continued economic prosperity of this country.

He believes that it not only unlocks the skills and expertise necessary for leading Irish businesses but also will help us to achieve “critical” aims in the Programme for Government, including housing.

Speaking at the awards ceremony, he said: “I would encourage anyone to consider an apprenticeship.”

“This is third-level education, and you can earn as you learn. It is time to get involved and help us build the next generation of apprentices.”

Dr Mary-Liz Trant, director of the National Apprenticeship Office, added that an apprenticeship is a pathway into a “great” career and a choice that both apprentices and businesses can be “very proud” of taking.

Under Budget 2023, the government is allocating €30 million in funding for apprenticeships.

According to the minister, this will provide for 4,500 new registrations across both craft and existing consortia-led programmes.

In addition, €400,000 has been awarded for social inclusion measures for apprentices who are under-represented in the apprenticeship population.

Last month in this news article, That’s Farming, reported that three agricultural apprenticeships are set to roll out under the programme.

Earlier this year, we informed our readers that the government is allocating funding for agricultural mechanics under its new €2,600 gender-based bursary for apprenticeship employers.

You can read more in this news article.