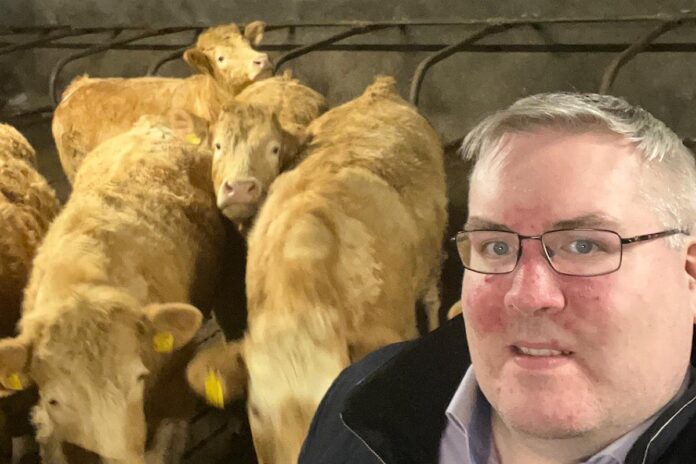 As part of this week’s Mart Focus, That’s Farming profiles managing director of Cootehill Livestock Mart Steven Drury. He discusses his family’s long-standing association with the mart, opening the premises during the Covid-19 pandemic and selling over 34,000 livestock in their initial 9-months.

The Drury family took over the management of Cootehill Livestock Mart in February 2021 and reopened it on March 19th, 2021.

The Brady family own the business, and the Drurys have taken a 10-year long-term lease until 2031.

Setting up during the Covid-19 pandemic certainly had its difficulties, as Steven Drury, the managing director of Cootehill Livestock Mart, explained to That’s Farming.

“It was easier to get things done in one sense. People had a lot more time on their hands, so to get tradespeople was somewhat simpler.”

“We had the mart up and going in less than six weeks from when we took it over. There were lots of sleepless nights, but we got it running.”

Steven, from Cavan town, farms up to 100 Limousin and Charolais continental-type cattle.

In 2006, he graduated from GMIT with a Bachelor of Science (Honours) in information systems management.

“I never saw myself running a mart, but the courses and life experiences fitted the mart director role very well.”

Steven has been a full-time project development manager with Galetech Energy Developments Limited in Stradone, Cavan for fifteen years.

“I started in renewable energy once I left college. I worked with farmers to develop wind and solar farms on their land across Ireland.”

“I was the first employee in the company at the time of opening, and now we have over 130 employees.”

“We farm drystock now, but we milked cows until 2009. We cleared the dairy herd when prices were bad.”

“My father, Geoffrey, manages Cootehill Livestock Mart and is a factory agent for ABP Clones and Traditional Meat Company Limited (TMC) in Oldcastle.”

Cootehill Livestock Mart is an old railway station that closed in June 1955 and opened as a pig and cattle mart in 1964.

The mart operated continuously until 2000 when it closed due to foot and mouth disease.

“The mart was closed until 2013 when Patrick McEnaney and Jimmy Reilly opened it up.”

“Our office is the old station master building, and the canteen area is the old ticket station. All those buildings are still standing strong, so there is a lot of history there.”

“In 1964, my grandfather, who is still alive, was the first person ever to bring cattle into the mart.”

“When it closed from 2000 until 2013, Geoffrey, who is my father, was the first person ever to draw cattle into it when it reopened.”

“Then, last year, when we reopened, Geoffrey was the first person to bring cattle to the mart. So, there is a long history of our family connected with the mart.” 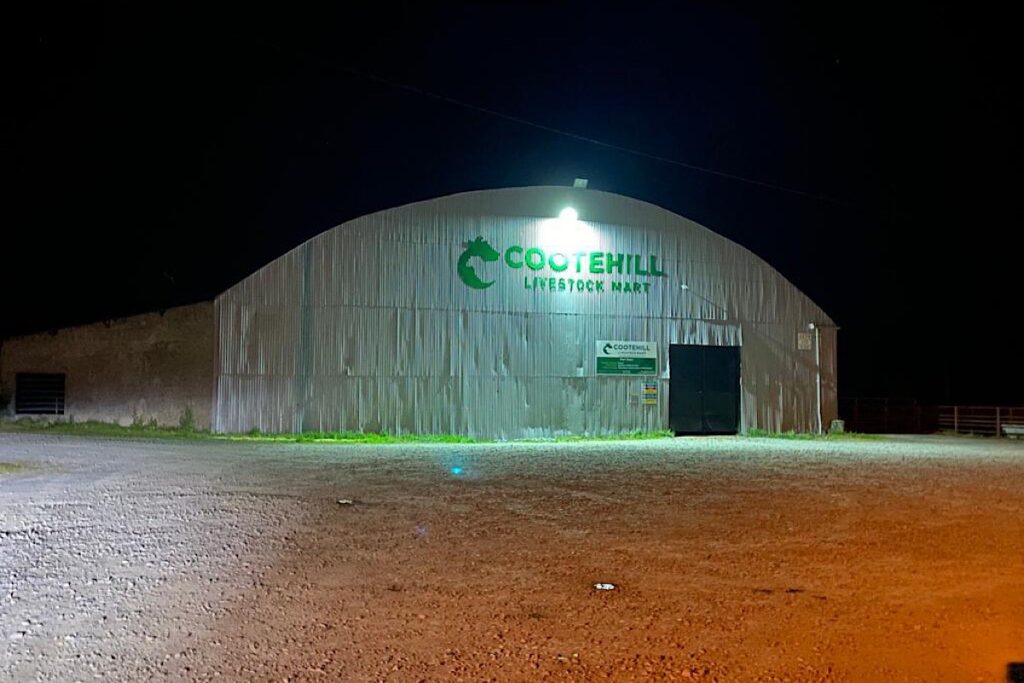 Employment and customer base

“We would not be here unless we had customers. We have met great people and made good friends with them.”

“The sign of a great business is repeat customers, and we have the same people coming weekly.”

“Also, we have the pleasure of meeting new people every week that we have never seen before.”

The mart operates a two-ring system. Cull cow sales commence in ring one each Wednesday at 11:30 am.

A heifer sale followed by bullocks takes place in ring two with a sheep sale on Thursdays at 6 pm.

The mart hosts a suck calf sale and sells weanlings and suckler cows each Friday at 6:30 pm in ring two.

“A third ring is due to open later in the year for the overflow from larger sales.”

“However, because we have just reopened, it was slow to take off, but we were very happy with how the year went. The mart picked up from September 2021 onwards.”

“It is one of the biggest marts in this part of the country with very good livestock handling facilities and excellent car parking.” 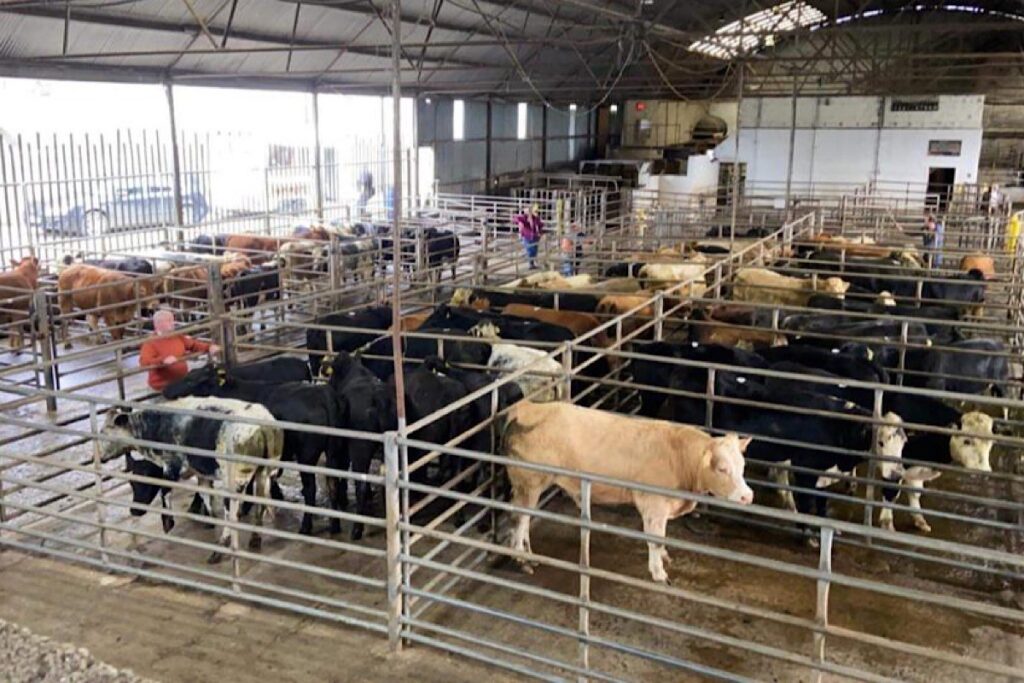 The Drurys modernised the mart by installing a new IT system and registering with LSL Auctions’ software to host virtual livestock sales.

The mart also became an export facility to bring livestock to Northern Ireland and abroad.

“The online system is something you have to have going forward.”

“Since everything has opened up again post-Covid-19, we find that we sell at least one out of every five sheep, and one in every three cattle online.”

“It is a hugely important system to have in the mart. It draws customers 50-100 miles away from the mart.”

“So, you could be standing in another mart and still be bidding for cattle at Cootehill Livestock Mart.”

According to Steven, Cootehill Livestock Mart was the first mart to facilitate a machinery auction for its unsold items via LSL Auctions’ software timed feature from February 7th-9th.

The managing director added the mart recorded a “huge clearance” when the timer closed, and he was “happy with how the sale went”.

“We feel there is a future for running that type of sale monthly in the short-term.”

“We have already got a lot of interest for the next machinery auction in March. so, it will be interesting to see how that auction goes.”

The previous auction on February 5th featured 700 lots through the company’s original software. 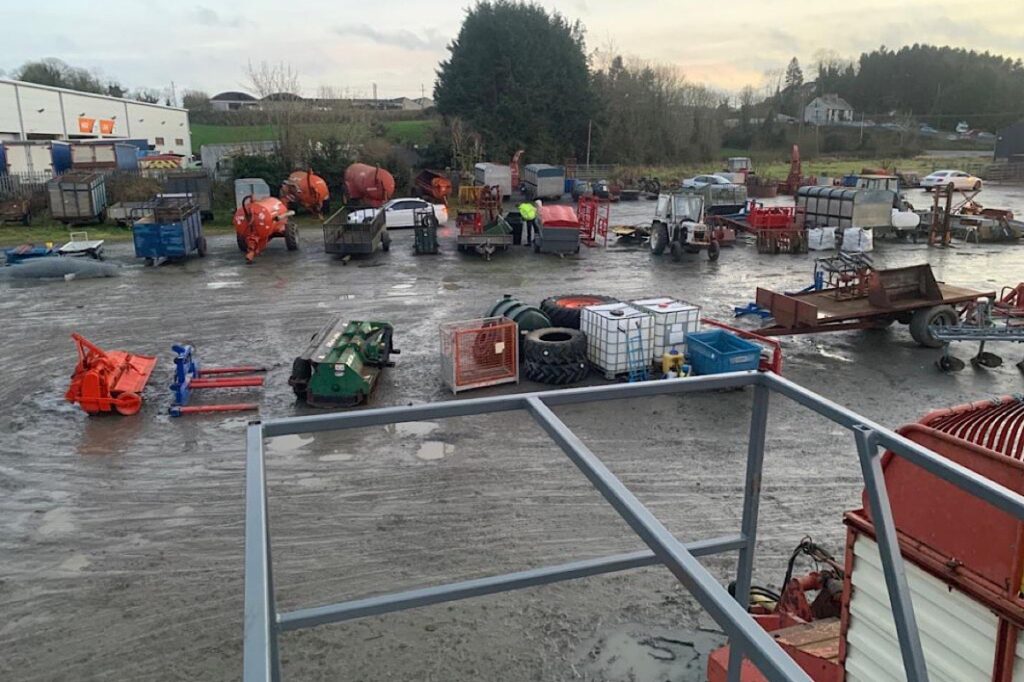 Taking pride in your work

Steven finds meeting customers is the most satisfying part of the role.

“Trade has been exceptionally strong in Cootehill Livestock Mart.”

“Thankfully, since we have opened the mart, we have competed with the best of the marts and sometimes better with calf, weanling, cattle, and sheep sales.”

“We have already established ourselves as one of the strongest and largest sheep marts in Ireland.”

“It is always a bit of pride when you see a mart running well on the back of treating everyone fairly and honestly. I suppose that is how you should run any business.”

“It is a good social outlet for farmers who perhaps would not see many people from one end of a week to another.”

Steven faces the challenge of meeting the Department of Agriculture, Food and Marine’s requirements regarding live animals.

Also, “not knowing how many livestock weekly” he will get in the mart is another challenge.

“There is a very stringent system enforced to allow for safe passage of livestock to Northern Ireland and further afield.”

“We have very good staff here that have a lifetime of experience dealing with livestock. So, we are blessed in that way that we run the mart as safely as it possibly can be run.”

“There is a lot more risk to running a mart than any other business.”

“For example, you could be closed down because of an animal disease or another Covid-19 outbreak.”

“These are some of the biggest risks which you have no control over no matter how well you implement procedures.”

“Marts definitely have challenges, and that is why we are looking into machinery sales.”

“We want to expand into different things when we have the technology there. We installed it for livestock, but it made perfect sense to expand it into machinery sales.” 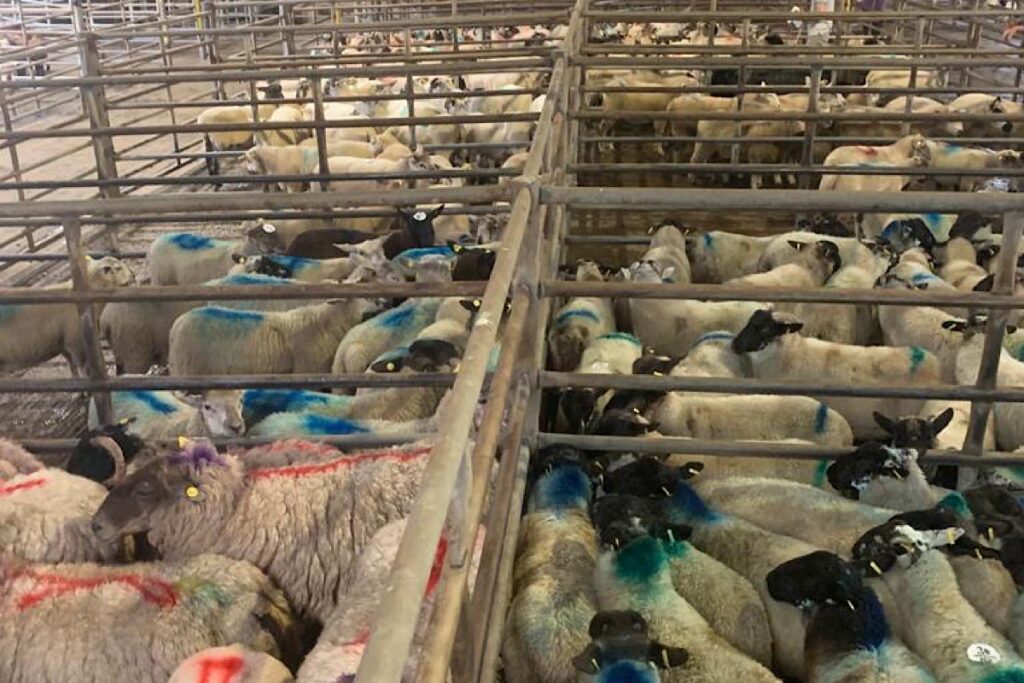 In Steven’s view, young people are “very” interested in farming and, in particular, females.

“I see a lot of young women coming into farming every bit as much as men since we took over the mart.”

“A lot of our staff are females and some of the best cattle and sheep handlers I have ever seen.”

“People are saying that many farmers are getting older and older, but our experience has been that there are lots of young people very interested in farming.”

“So, there should be better support and efforts from the government to support young farmers wanting to get into agriculture.”

“People that are 15 and 16-years-old in the mart are buying their first sheep or calves.”

“There is a lot of that going on now, and it is great to see. It should only be encouraged.”

Mart plans and the future of livestock marts

In the coming weeks, Steven intends to reopen the mart’s canteen, which will pave the ways for more recruitment opportunities.

“Marts still have a very good future. Farmers see an awful lot of value in going to marts.”

“It is about meeting people and getting the fairest market price for your animal. You are guaranteed to get your payment.”

“In my opinion, when you are selling from farm-to-farm, it has a lot of bigger risks than going to any mart.”

“We have facilities there to handle large numbers of sheep and cattle.”

“We treat every animal practically the same as a person that they are in secure and safe penning.”

“This gives us more flexibility with the mart’s size,” the managing director of Cootehill Livestock Mart and IFA member concluded.