That's FarmingThat\'s Farming Irelands Largest Farming News, Properties and Classifieds Network
HomeEditor's Picks‘We like to make a living out of it’ – 90-ewe farmer’s...

In this week’s sheep farming segment, That’s Farming, speaks to Hillswood Texels. Breeder, Tom Kenny, discusses reducing his ewe numbers to focus on genetics, importing semen from the UK,  selling sheep at a premium, having 100% clearance for ram sales, and the impact of rising input costs on farmers.

Twelve years ago, Tom Kenny, from Galway, became interested in the Texel sheep breed and established his flock under the Hillswood Texels prefix.

Tom continued building his flock by breeding his own sheep and making female purchases from notable Irish breeders in Northern Ireland, England, and Scotland.

The most notable purchases were from Alan and Hugh Blackwood’s Auldhouseburn flock.

His son Thomas, junior, (25), assists him with farm duties and is studying for his Green Cert online. He has acquired a parcel of land and established the Kenny pedigree Texel flock.

“I built my flock up to 60 ewes, and then I reduced numbers over the last few years. I started to concentrate on doing a good bit of ET work. ALso, I use the top genetics from our top bloodlines,” Tom Kenny, who works part-time in ALS minerals, told That’s Farming.

“My father, Tommy, always had sheep. He was a big person for selling hoggets. Besides, he bought and bred many ewe lambs and ran them through sales in August and September.”

“He also ran a drystock farm and used to buy weanlings and sell them or kill the fatstock.”

The Kennys strives to breed a Texel sheep with length, a tight skin, a good carcass and “is flashy with good colours”.

“We are all chasing the ultimate Texel sheep for shows or pedigree breeders. It is not easy to achieve, but you strive to buy a sheep to improve at least one trait within the flock.”

“Moreover, it is a long process to breed your sheep to where you want them to be.”

“It was all about carcass grades and cleanliness as commercial farmers originally. You will not find a better breed for cleanliness. There is minimal dosing required.”

“The carcass sells at a premium. That has really been rewarded in the last number of years as we have seen it with the Qualtex scheme.”

“They are paying up a premium of up to €7.00 per animal. They have to be Texel or Beltex-sired sheep. So, you also see that premium in the product when you are selling it.”

The Kennys use two stock rams, including Lakeview Destiny, a private purchase they made in partnership with Stonepark Texels two years ago.

The family also uses a large amount of AI on ewes with imported semen from Teiglum Cinnamon with the kind permission from Patridge Nest Farm.

“Our second ram is unusual for us. It is something we have never done before in our twelve years. We sold a ram, Hillswood Emerald Star, but retained a share. He is a son of Lakeview Destiny.”

“He had some characteristics we are chasing, and we thought he was fit to do a very good job for us.”

The first round of embryo lambs arrived around February 1st, with the next stage of lambing being the ewes that repeated.

The Galway-based farm lambs their commercial ewes from March 1st, with all lambing finished by April 15th.

They aim to lamb as compactly as possible by sponging and AI’ing their ewes.

“I put in embryos, and I do not turn out a ram until after two cycles. Then, we let out the ram.

“The flushed sheep are rested before being introduced to the ram and will usually lamb at the end of March.”

The Galway family retain up to 20 ewes annually and sell two hoggets or a ewe lamb at Blessington premier sale – depending on the year.

According to Tom, in 2021, the flock received €2,200 for Hillswood Extra Special and €2,000 for Hillswood Eagle Eye, (two ram lambs) at the Blessington Irish Texel Sheep Society premier sale.

“Them prices were our best to-date sheep prices. We are slowly improving all the time. We achieved our top prices with females as well.”

“Furthermore, we target our in-lamb ewes at the Western Region Texel Club sale in Roscommon in December. We had a full clearance at the sale. Our entries topped at €1,720, and we also took home €1,560.

“The rams also sold very well too, and our home sales were very strong last year. We have 100% clearance for rams we offered for sale.”

“Females were also in demand two weeks ago where we had a breeder buying ewe lambs. So, it has been very active, and sheep prices have been good.”

The family sell their store lambs in May and June to Ballinasloe, Athenry or Mountbellew Mart or their local factory.

They have a strict culling policy, selling sheep to Kepak Athleague at their maximum weight – grading U’s and Es

“There is a 30c/kg bonus for the Us and a 35c/kg bonus for Es. We have no problem hitting those weights with our pedigree sheep. We got Us over the years with mule and Texel ewes.”

In Tom’s eyes, weather and rising input costs are the current challenges in the sector.

“Input costs are going through the roof. So, it will be a situation of cutting your cloth to measure. Can we feed all sheep, or are we going to have to feed a select few, or how do you get around the costs?”

“The one thing is that there is an excess of grass with the mild winter we have been getting. So, that might give a little saving initially.”

“We worry what level of spending will have to go into sheep to get them to next August, and will you be paid for it?”

“Things that were an annoyance to you before like farmyard manure and sheep bedding becomes all valuable when fertiliser gets expensive.”

The Kennys manage their grassland by reseeding and using a paddock-based grazing system.

“Stitching in new grasses over the last number of years has given them a great push in spring growth.”

“We use early varieties of grass so that we can get our lambs out early this time of the year.”

The family attended agricultural shows every weekend across Ireland before the Covid-19 pandemic.

According to Tom, the Irish Texel Sheep Society competitions gave the flock “great” opportunities to showcase nationwide at agricultural shows.

The following is a list of some of the flock’s achievements:

“The highlight for us was in 2019 when we won the aged ewe class at the Irish Texel Growvite All-Ireland Championships,” the Texel breeder added. 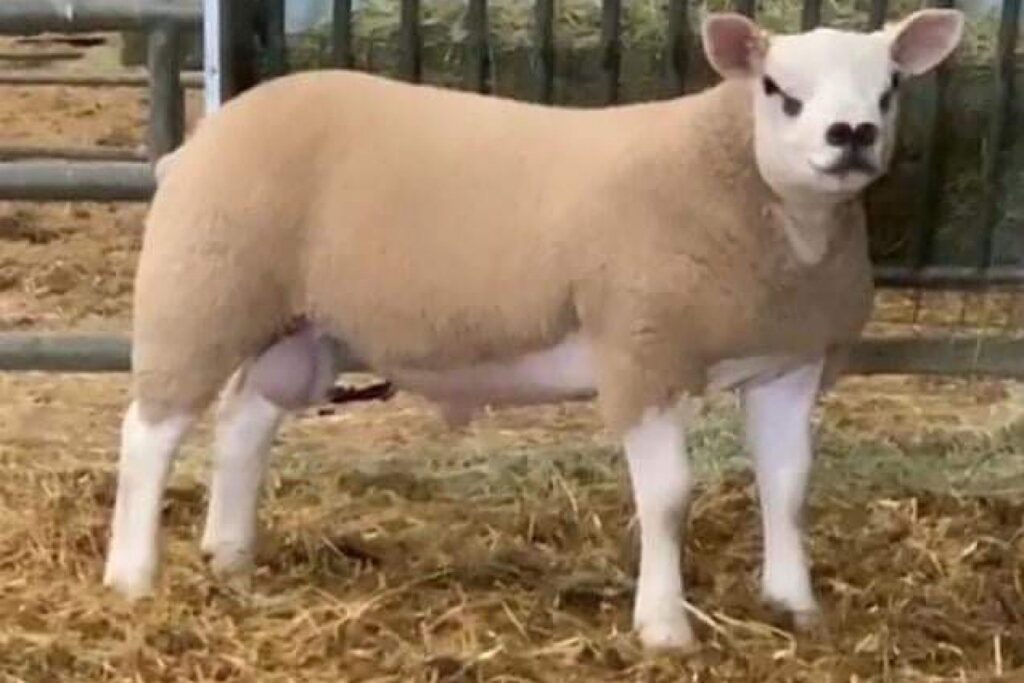 Advice for the next generation

Tom’s advice for the next generation of pedigree sheep breeders is “to start small, buy the best you can buy, attend shows, see what people have/what you like and talk to societies and club members”.

“Try to deal with breeders who will help you. There are lots of breeders out there whom you buy sheep from that will give you advice, talk to you, and help you through.”

“Everybody looks at success in a different way. For example, some people see success with having a champion ram or ewe somewhere, and they consider that success.”

“Then, someone else may see success as solely on a monitory basis. Do they have profit in the year? The breeder with the champion ram may have lost money. However, they could be delighted to have lost money.”

“For some people, pedigree breeding is a hobby; it is not something they worry about making a lot of money at. But, it is different for us as we like to make a living out of it as well as doing it.”

“We endeavour to buy the very best females and purchase the best rams we can. So, therefore, we do a lot of share deals when we buy to have the best breeding lines.”

Farm plans and the future of Irish sheep farming

The family intends to continue “breeding the best sheep” whilst improving their rams and females for sale.

“The biggest compliment we get is when stock sell well and go on well for people. So, that has been one of our successes.”

“What we sell seems to go on well for people. They are very happy with them and come back for more.”

The Galway farmers intend to continue at the same pace – regarding its flock size.

“If prices we continue to get for sheep continues to increase, then maybe we can increase numbers.”

“In five years, I would like to see us continuing to sell our females and ram lambs well and having them sought-after with good home sales,” the Texel breeder remarked.

Tom shared his view on the future of the sector.

“It is so hard to see where sheep farming is going. Sheep farming is a viable business and has been viable this year. Sheep prices have been very rewarding for all commercial farmers this year.”

“However, with rising input costs like fertiliser, feed and diesel, will it continue at these good prices? Will it continue to be profitable? That is a big question and a big ask.”

“I suppose you need big numbers to make it pay. However, there seems to be a great optimism at the moment in sheep farming.”

“If sheep prices maintain as they are at the moment, yes. However, if there is any cut in prices, I think extra input costs are going to kill off the farmer. It is going to prove too difficult to make money,” the sheep farmer concluded.