That's FarmingThat\'s Farming Irelands Largest Farming News, Properties and Classifieds Network
HomeBeef‘You cannot become an auctioneer; you have to be a born auctioneer’

As part of this week’s On the Rostrum series, That’s Farming speaks to Eamonn Gaffney, a dairy farmer and livestock and property auctioneer from County Cavan.

Eamonn Gaffney, from County Cavan, is a licenced property and livestock auctioneer, dairy farmer and chairman of Cornafean GAA, having played senior football for twenty years.

The Cornafean native is a full-time employee at Progressive Genetics, working in the northeast and midlands servicing over 800 DIY AI flasks every three months.

In 1995, Eamonn enrolled in Ballyhaise Agricultural College where he obtained a Level 5 Green Cert.

Eamonn outlined how he accidentally began an auctioneer as a result of the sale of eight horses for the Cornafean GAA men’s senior team.

“I suppose I had a bit of a grá listening to other auctioneers but had no great intention of becoming an auctioneer. The Cornafean Ladies had a fundraiser and had a signed Crossmaglen jersey for auction.

“The person who was MC came over and asked me would I do them a favour and auction the jersey; that was the first item I ever auctioned.”

Furthermore, Eamonn explained how he later branched into livestock auctioneering in 2010 through GVM Carrigallen Mart. His first livestock sale came in the form of a Limousin heifer calf which made €390.

“I spoke with Helen Kells, manager of Golden Vale Mart Carrigallen. She gave me great encouragement and the start I needed. I started selling suck calves and got into weanling bulls and weanling heifers. It developed to whatever came into the ring; I was confident enough to sell.”

Additionally, Eamonn officiates as an auctioneer for the Western Simmental Club, the Irish Cattle Society, and the Carrick-on-Shannon Winter Fair.

Eamonn divides his time between various marts, where he dominates the rostrum for both general cattle and special breed society sales.

“On Monday night, I am in Granard Mart or Carrigallen Mart if needed. I do be on the road most days for Progressive Genetics. Saturday is the only day that I am definitely in the mart.”

“Wednesday, I am in Cootehill Mart when it is busier. I could be in Carnaross Mart on a Thursday if needed, Cootehill Mart at the weanlings on a Friday night and Carrigallen Mart on a Saturday.”

“Every animal that comes into the ring presents a challenge to get as much as possible for them. The challenge is to conduct your business as fair as possible, whether it is in the ring or a farm of land for everyone concerned.”

Among the highlights for the County Cavan auctioneer include conducting an on-farm sale for Ireland’s oldest pedigree Charolais herd in 2019, the Skidoo Charolais herd.

The top-priced animal on the day climbed to €9,800 with very “high-profile” buyers across Ireland, England, and Australia acquiring stock.

In 2012, Gaffney, a Department of Agriculture, Food, and the Marine independent valuer, obtained his livestock and property licence.

Eamonn’s favourite expression when auctineering is “quality all the way”, while when closing sales, he tends to issue a stark warning to bidder: “hammer up” “all finished selling”.

“We did not have any interest in getting into the property; only this man came to see was I interested in selling three parcels of land. Then, this followed by the parochial house in Coronea, it took off from there.”

“We always have bits of land coming up. We have a big farm coming up next Thursday, May 20th, an 86-acre farm going to public auction in Granard.” 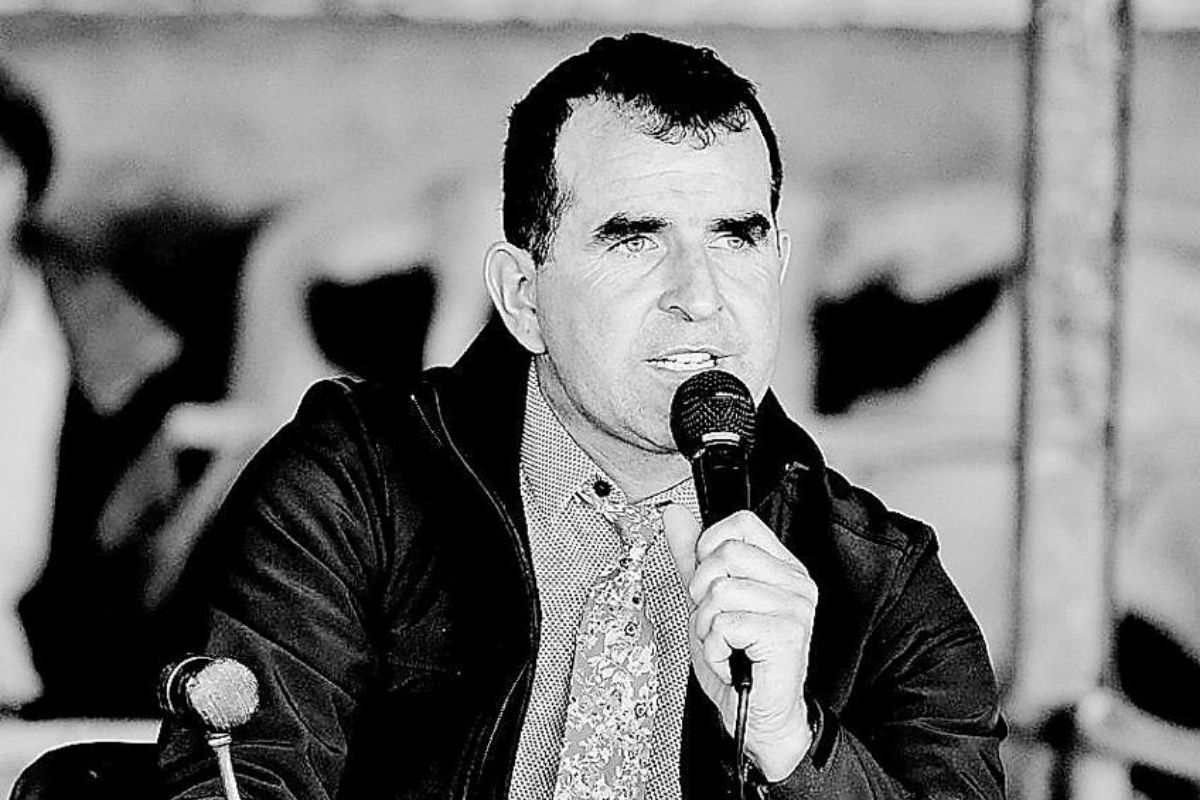 According to Eamonn, an online system is “a great option” for clients in the market for livestock and property.

He noted commented an online sale through the LSL Auctions’ is “another step in the future” for developing his property business.

Commenting on online sales in marts, he said, “It has opened avenues for people who would not normally go to the marts to buy, who can now buy in the comfort of their own home.”

“The downside of it is missing the atmosphere around the mart. I would miss the camaraderie with the farmer coming into the box.”

“Online is here to stay and is going to be incorporated with the buyers around the ring.”

What it takes to be an auctioneer

Eamonn believes “there is nothing to beat the noise of the hammer falling” and is happy to continue on the rostrum. He remarked that if “he can facilitate a different society or mart, he will never refuse the offer”.

Commenting on the next generation of auctioneers, he said, “There are not too many auctioneers my age; I am 44. However, there is a crop of younger auctioneers coming on, which is great to see.”

“You cannot become an auctioneer; you have to be a born auctioneer. A young auctioneer needs a way with people, good rhythm, and can understand and judge cattle.”

“The auctioneer’s job is to get as much as possible for that person in the box for their animal. I have always said that I am a farmer myself.”

“I know what it takes to get a calf to the ring. Honestly, I always try to get the best for the farmer,” the owner of Eamonn Gaffney Auctioneers concluded.