A summer job at Tuam Co-Operative Livestock Mart, which Darren Hession secured in summer 2017, has opened up an array of opportunities for the 23-year-old.

The Turloughmore, Co Galway farmer runs a beef enterprise with his father, Brian and has continued working in the popular cattle and sheep mart throughout his college years.

Hession graduated from GMIT/Mountbellew Agricultural College in November 2021 with a first-class honours in BSc (Hons) in agriculture and environmental management degree.

He completed IPAV’s ‘Green Cert’ top-up course in 2020 which enabled him to gain an auctioneering licence from the Property Services Regulatory Authority (PSRA).

Eight contestants displayed their skills in a staged auction with a diverse range of lots.

As the day progressed, judges whittled down numbers to a final three:

The three finalists undertook one final auction for charity at a gala dinner with proceeds going to Dogs for the Disabled.

Hession, who is one of the country’s apprentice youngest livestock and property auctioneers, was awarded a week’s training at America’s Auction Academy in Texas, which the world-famous Texas Academy sponsored. 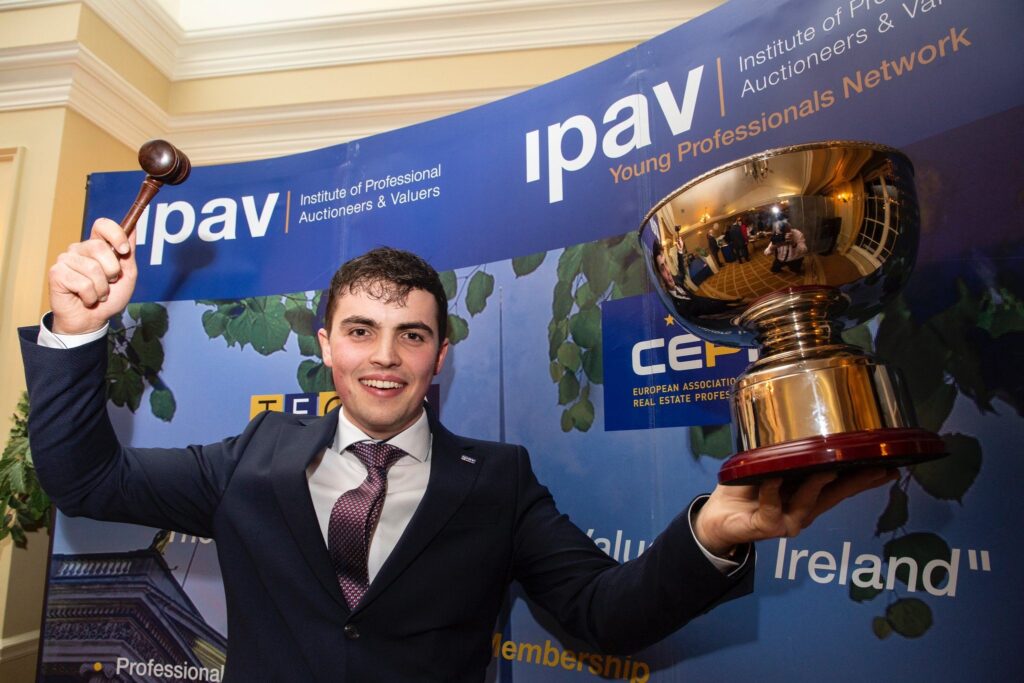 “It was a dream come true to stand on the rostrum in Tattersalls. It is a national stage where some of the world’s leading bloodstock go under the hammer.”

“We were judged on a variety of different factors including our presentation, clarity, rhythm and speed.”

“The lots used for auction included a piece of fine art, a property, a filly and a tractor. All contestants had to sell these lots.”

Hession continued: “It is a huge honour to have won the IPAV’s novice Auctioneer competition. I am delighted to be the first to bring the cup and title to the west.”

The Galway man, on completion of his training overseas, will receive a diploma in rostrum auctioneering. 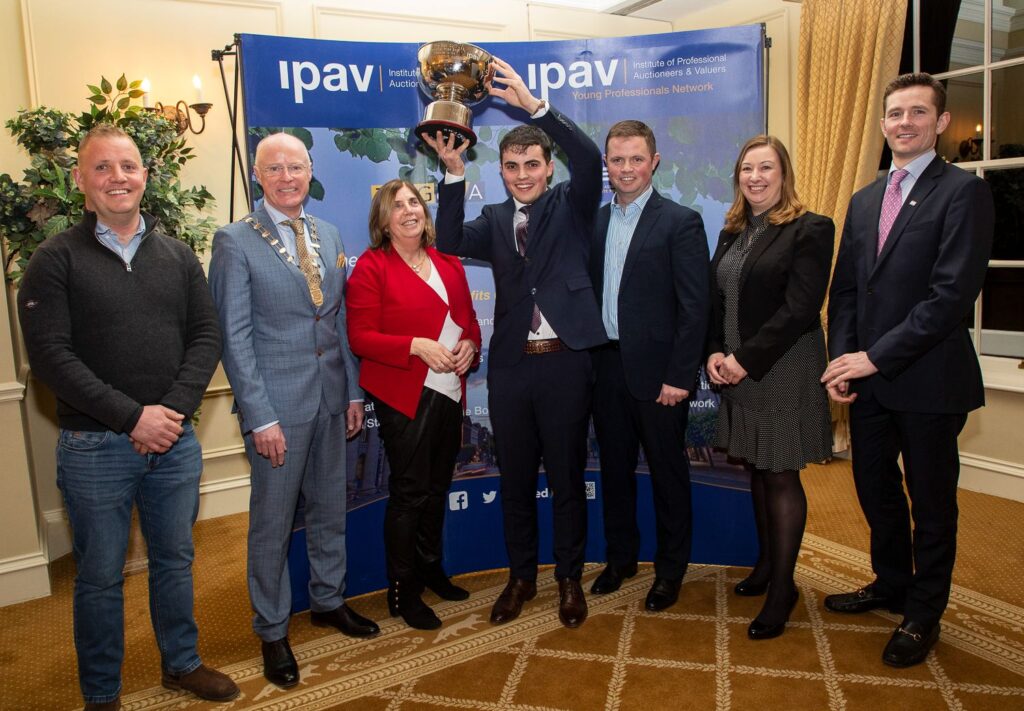 The beef farmer is also an avid trad musician and continues to work with both Tuam Mart and David Moggan Property Consultants and DM Claims in Claregalway.

“Everyone is very supportive. I am very fortunate to have the backing of Marion Devane (Tuam Mart manager).”

“Furthermore, the mart’s auctioneers, Pat Burke and Peter McDonagh, have also been a huge help. I have been watching the lads for years and have clerked beside them. I have learned a lot from them, and they are always very encouraging.”

Speaking about David Moggan Property Consultants and DM Claims in Claregalway, he said:

“Also, I am lucky to be working with David and Angela; they run a great business. It is nice to have a variety of auctioneering work, primarily livestock sales.”

“However, there is a mix of property sales and insurance claims in the run of the week also. I am excited to see what the future holds,” he concluded.