As part of this week’s On the Rostrum series, That’s Farming speaks to Pat Burke, who celebrates 27 years selling cattle and property.

Pat Burke County Galway, is a livestock and property auctioneer and a Department of Agriculture, Food, and the Marine independent valuer.

The Caherlistrane native farms a 30-cow and a 40-strong flock across 80-acres of owned and land. He is married with three children who support him and help on the mixed farm.

“My father was a farmer, but I was only ten years old when he passed away. So I used to go to the mart with my uncle. I would always be watching the carry on around the mart, which intrigued me seeing people buying and selling,” Pat Burke told That’s Farming.

“So, I left school when I was 16; I was lucky I got the break. It is not as simple nowadays for anybody thinking about going auctioneering or any walk of life. You have to get a good education, and if you are willing to work, you will have every chance in the world.”

At the age of seventeen, Pat began working in the Headford Mart office, before becoming an auctioneer’s clerk on the rostrum. He noted he worked in other marts but focused on his permanent positions in later years.

“I got interested in auctioneering, and Headford Mart gave me a break. They thought I had a good eye when I was clerking the cattle sales in Headford Mart.”

“They said why not have a crack at the auctioneering? it just took off from there. I always had a keen interest in livestock and putting a value on stock; it came very naturally to me.”

“Then, a couple of years later, I started to do relief work in Tuam Mart and eventually got a permanent position there.”

On Monday and Tuesday, Pat can be found on the rostrum in Tuam Mart and on Wednesday in Mountbellew Mart. Furthermore, he conducts sales in Aurivo Ballymote Mart on a Thursday and Headford Mart on Saturday.

“The very first sale I can remember was selling Galway ewes in Headford Mart. They made £54 at the time, and it would have been an exceptionally good price. A couple of people who went to buy them said you would want to make it one to remember.”

“If you enjoy your job, it is not work, and I enjoy mine every day as my wife says I do be buzzing, and it is a great way to feel about your job.” 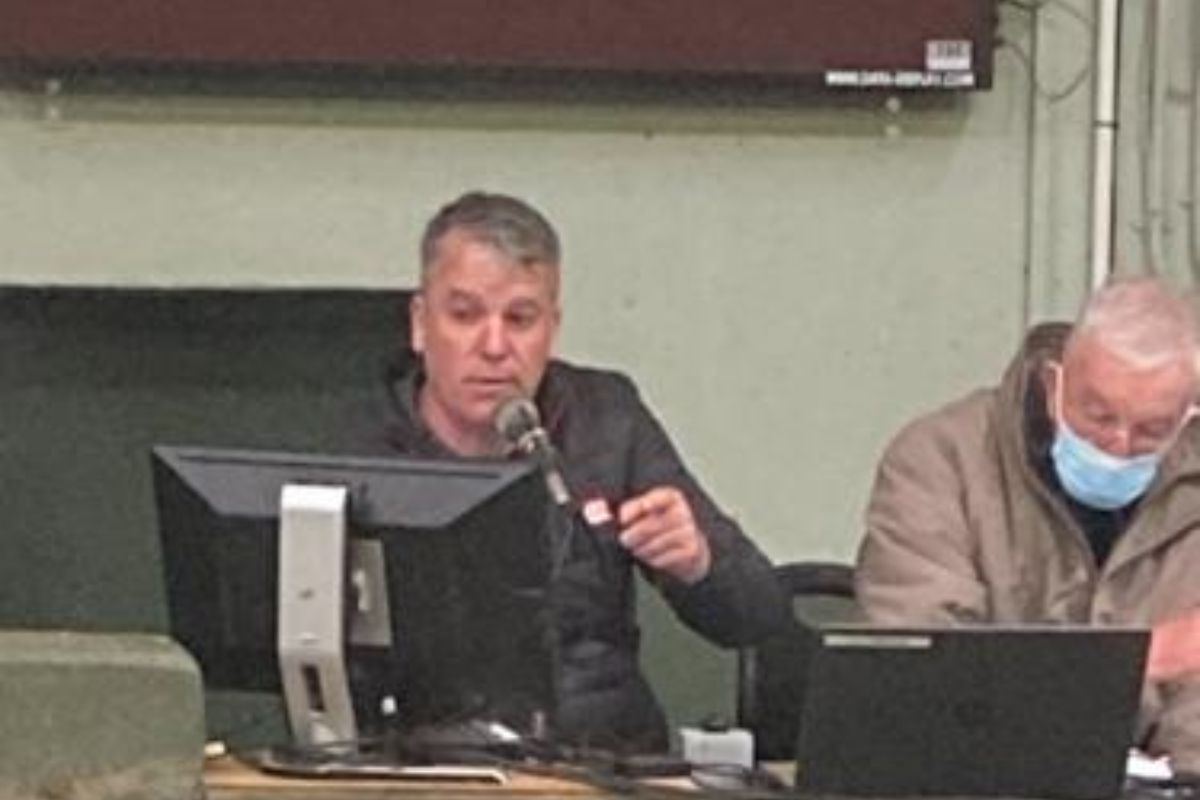 Known for his distinct chant and his sense of wit, Pat’s favourite phrases are “a smasher” or “a cracker” when selling an animal, but ringside regulars commonly associate other expressions with the Galway man.

“Sometimes, a farmer would say that animal is a bit strong. Usually, when the crowd is around me, you like to see a smile around the place, so you might say he has it in the head but not in the trousers.”

“If there is an in-calf heifer and we do not know the bull, we say she was at the disco lads; he does not know any more than that.”

Additionally, Pat stated he always tries to give an honest opinion of the livestock he is selling. He admitted, “you cannot keep everybody happy all the time”, but he tries his best.

“All you do is you talk to the people in question who may have a problem with you selling, and you negotiate things out and say we have done our best.”

Furthermore, Pat stated he is familiar with all three virtual auction software providers and views the creation of this technology as a “great invention”.

Burke outlined the advantages and disadvantages of using an online facility. “If the internet is not up to speed, it can break your heart a little bit.”

“In general, it is a great addition to selling livestock. The online system will be there when I am not; it is there forever; there is no going back.”

“It is convenient for many people and for people who are shy about buying their livestock. They can come into the mart now and pick their stock and go home and bid away for them at home, and nobody knows their business. It suits more people too, as they might have to work a half-day and on a lunch break, they could buy whatever cattle they need.”

“It has been a huge asset to cutting down Covid-19 cases in the farming community. People are abiding by the law by dropping their stock and heading home. Then, they get their phone call or ring the mart and see their cattle sold, and get the ok and everyone is happy.”

Furthermore, Pat offered his advice to aspiring auctioneers to achieve a “good education” and complete the online PRSA auctioneering course.

“I know quite a few that have done it [the online course] in the past few years, and they are starting and going well. It is good to see it because there will always be the need for a livestock auctioneer.”

“If someone has the grá for it, they should go away and do it. It is a great platform and a great way of meeting people and getting to know people through life.”

Pat explained how he attained his licence: “There was a thing called the grandfather rule. You could apply if you had enough experience. If you had somebody to vouch for it, you could get your license. I got that in 2002.”

Pat intends to keep working on the rostrum five days a week and revealed he will “never say no” to any other future contracts in any mart.

Furthermore, he predicts mart activity getting busier as he envisions more customers moving to online mart systems from other online platforms over the next five years.

“Farmers are more inclined to go back to the mart because they see their animals being sold and are reaching a wider audience.”

“With online, you could be selling to a person in Antrim or a person in Cork. If you have what people want, they will hit the button.”

Commenting on the return of buyers and sellers to marts, Pat said: “We started last Monday. We had the first people around the ring, and confidence was absolutely on a high.

“It got people back in good form, and trade was on fire; you could not ask for a better start back”, Pat Burke concluded.

- Advertisement -
Previous article
‘O’Neill is the name; livestock is the game’ – haulier
Next article
‘Costs have risen almost 20-30% due to Brexit’ – couple on renovating farmhouse