That's FarmingThat\'s Farming Irelands Largest Farming News, Properties and Classifieds Network
HomeBeef‘Once you get the disease for showing, there is no cure’

‘Once you get the disease for showing, there is no cure’

As part of this week’s Women in Ag series, That’s Farming speaks to suckler farmer, Gillian Davis, about returning to college, breeding quality suckler progeny for Italy and exhibiting cattle at agricultural shows.

Suckler farming runs deep in the veins of Gillian Davis of Carraneeney Pedigree and Commercial Blues.

The Williamstown, Co. Galway native credits her father for her interest in agriculture, who, along with her mother, encouraged her to farm from a young age.

She qualified and worked as a registered veterinary nurse for 15 months before returning to college on a full-time basis last September.

Her belief that “life is too short to wait around, and you never know where taking one step might lead to“ was the driving force behind this life-changing decision.

“Veterinary nursing was not for me. It was a hard decision to make as I had a full-time job as a veterinary nurse but studying agriculture was something I have always wanted to do.“ Gillian Davis told That’s Farming.

“I could not imagine growing up in a town, and I count myself lucky every day that I grew up on the farm. My three brothers: Paul, Derek, and Declan, all have an interest in farming. Nicole, my 17-month-old niece, is eager to put on her wellies and to see her moo moos every weekend.”

“She helps with the jobs, and it brings me great happiness to watch her grow and love the cattle and mainly to see that smile on her face when she is doing what she loves.”

Covid-19 restrictions, which have given rise to remote learning, have their benefits as Gillian can be more involved in her family farm. The Davis’ year-round-calving herd consists of mostly Limousin-cross cows, with some Charolais-cross and Belgian Blue-cross females. 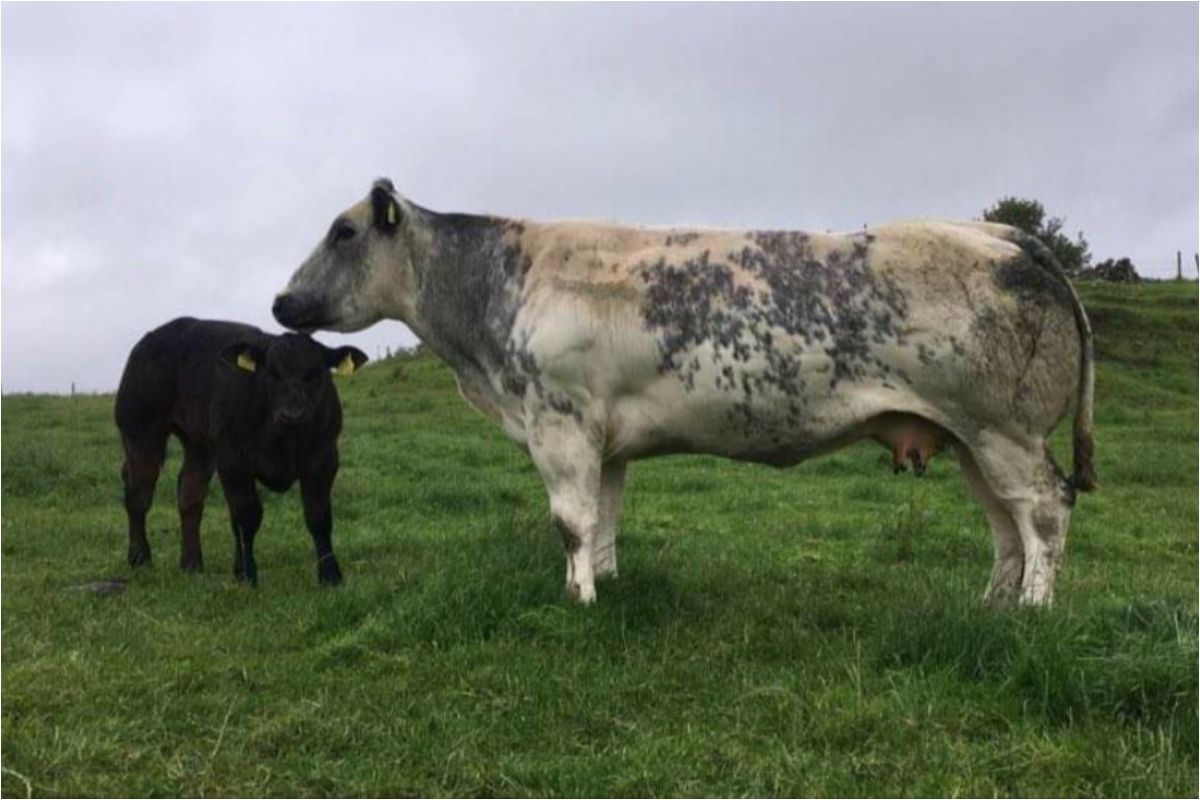 The Davis sell most of their weanlings privately for export, with the majority venturing to Italy. The remainder go under the hammer at special sales in Balla Mart, Castlerea Mart, Elphin Mart, and Roscommon Mart.

“There is an excellent market for Belgian Blues at the minute compared to other breeds, in my opinion, and it is evident in special sales recently. Belgian Blue-crosses always comes out on top.”

Meanwhile, they sell surplus heifers and retain up to twenty replacements annually as part of a 30-36-month-old calving system “to reduce the risk of a difficult calving as they are more developed at this age”, according to Gillian.

“I learned the difference between a good cow and a bad cow from my dad. Our ideal cow must have good conformation with shape, style and most importantly, milk. I can now go to the mart and pick out the best cow in a pen.”

“That is thanks to my dad, who showed me this; you cannot learn something like this from reading a book; you have to see the cow to judge her yourself.” 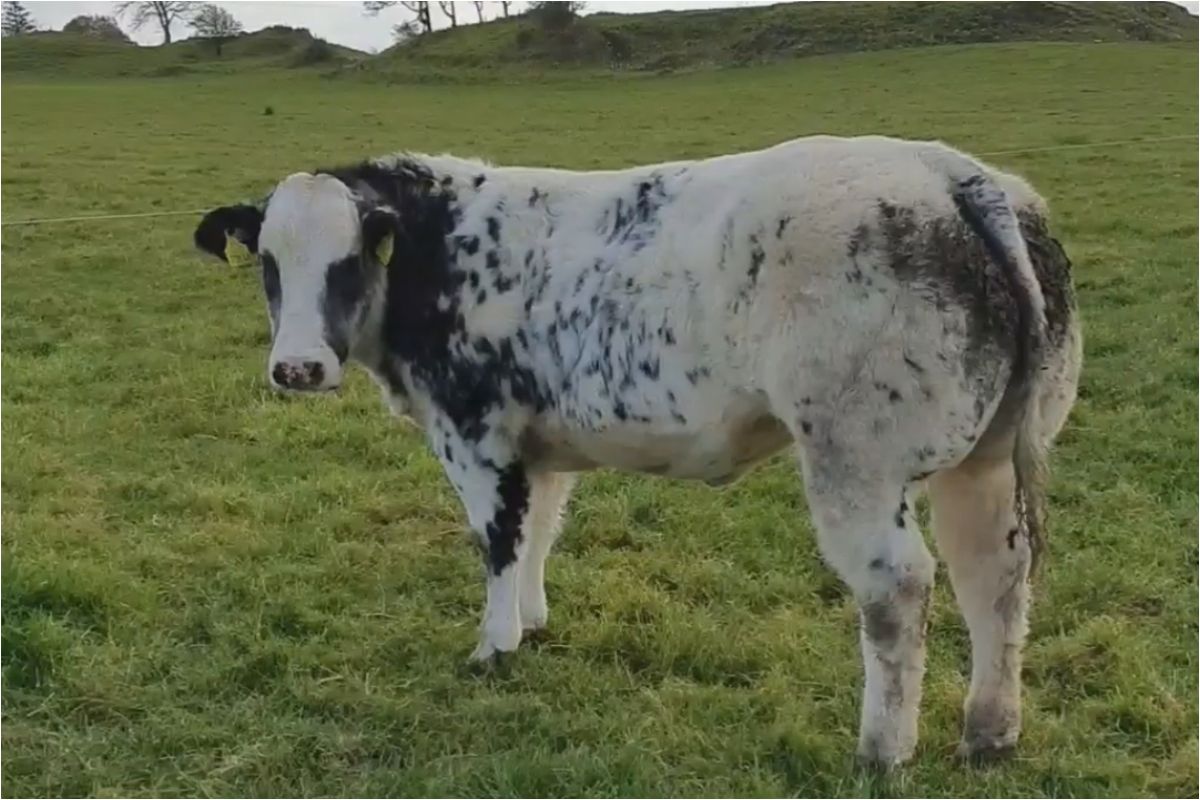 The family has experienced considerable success on the show circuit, both locally and nationally, having made their debut appearance in recent years.

The accidental venture began in 2013 when they embarked on a long journey to Moria, Co. Down with the intentions of acquiring a pedigree Belgian Blue bull for their commercial herd.

A high-end Belgian Blue heifer that caught Declan’s eye marked the beginning of a new era for the Williamstown-based family.

“It was either the bull or the heifer coming home as we only had room for one, and Declan was adamant it was going to be this heifer. Heifers were the first into the sale ring, and Dad warned Declan not to buy the heifer.”

“The heifer came into the sales ring, and Declan was nowhere to be seen. From a distance, we spotted him in the corner, shaking his head, and the hammer fell, and the heifer was coming home to Williamstown. The journey home was silent, as we did not have a happy passenger.”

“She calved down in January 2015, with a smashing bull calf. This soon changed dad’s opinion. This was the beginning of the show disease. Once you get the disease for showing, there is no cure.” Gillian added. 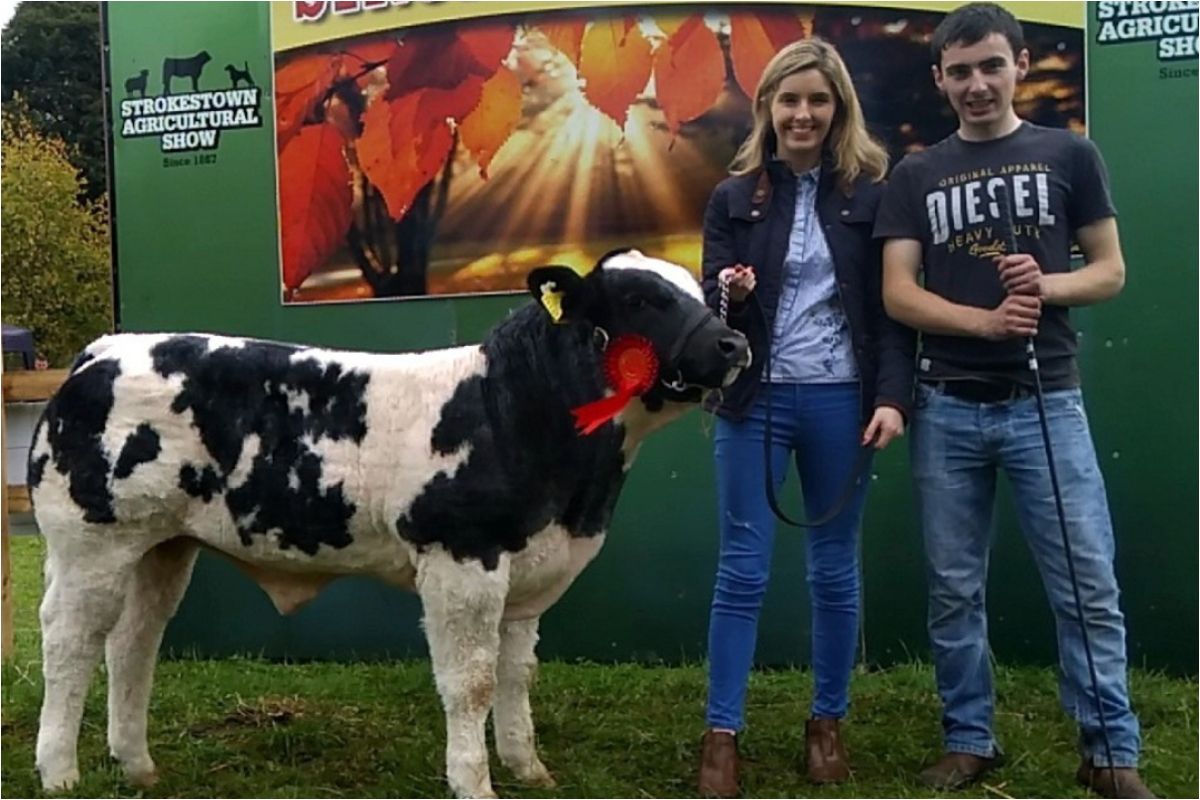 “During the summer, we attend shows every weekend, on a Saturday or Sunday, and some weekends, it can be both. We are thankful that we do well at the shows. It makes all the hard work pay off when you’re holding that red rosette in your hand.”

“We have won many championships at the shows, but there are two shows that spring to mind that I will never forget. Firstly, Tullamore show where we received two first prizes in 2018 and 2019. To get any rosette at Tullamore show is an achievement in itself, but to get first prize, is an overwhelming feeling because you know you have something special.”

“Secondly, Ballinrobe Show, where we had the overall champion of the show with a September-born calf. To be honest, we thought we had no chance in the championship being against the best of the best, but it is when you least expect it these things happen.” 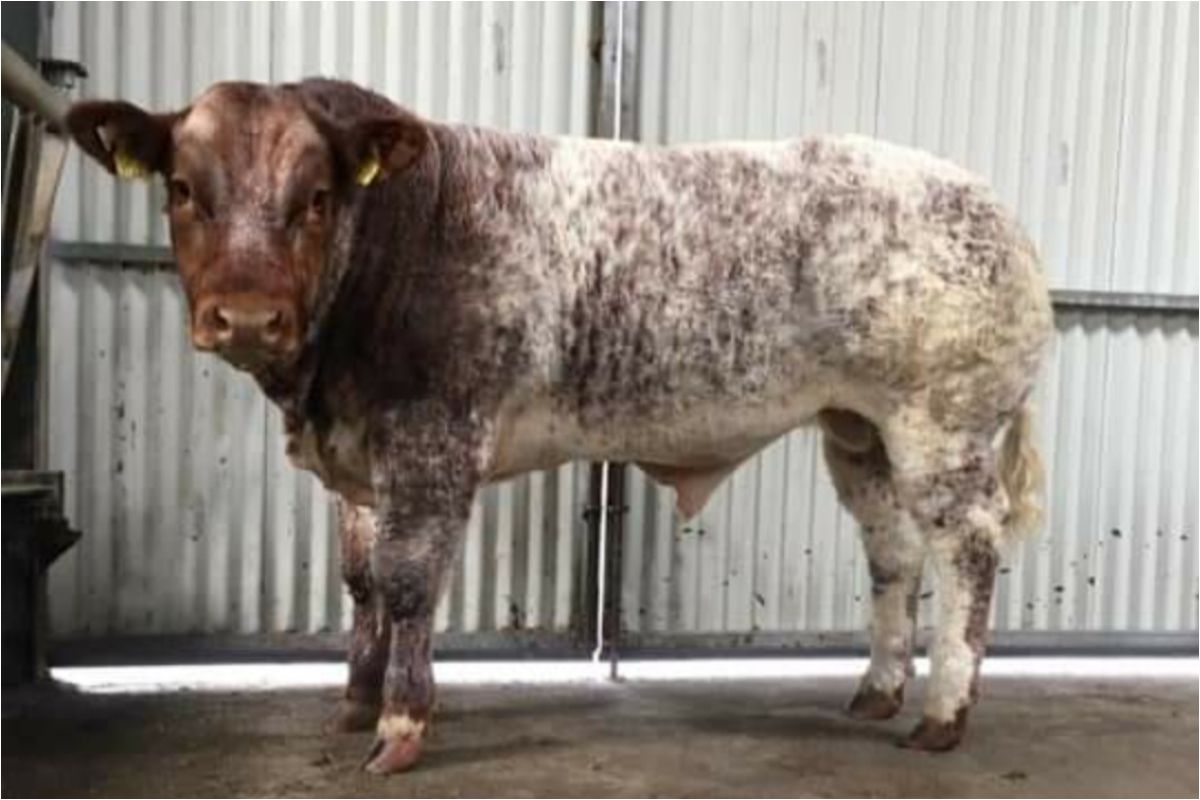 [As seen on That’s Farming]

The Davis family have a burning desire to improve their suckler herd by focusing on their breeding programme, cow-type, and constructing another calf shed.

They intend to undertake ET work, which, according to this farmer, is the “way forward for breeding show cattle”.

Furthermore, they intend to increase their herd size with plans to introduce more Belgian Blue-cross cows to their thriving enterprise.

However, their overarching main goal for the coming years is to focus on breeding and producing “that eye-catching calf”.

“There is a scarcity for breeding heifers, and we hope to start breeding Limousin heifers off blue cows. The blue cow will bring  shape and colour, while the Limousin will bring milk.”

“I do believe there is a good future in suckler farming when breeding quality stock. It is important to follow your dreams, set goals for yourself, work hard to achieve them and don’t let anything stop you. And remember: where there’s muck, there’s luck.” Gillian Davis concluded.