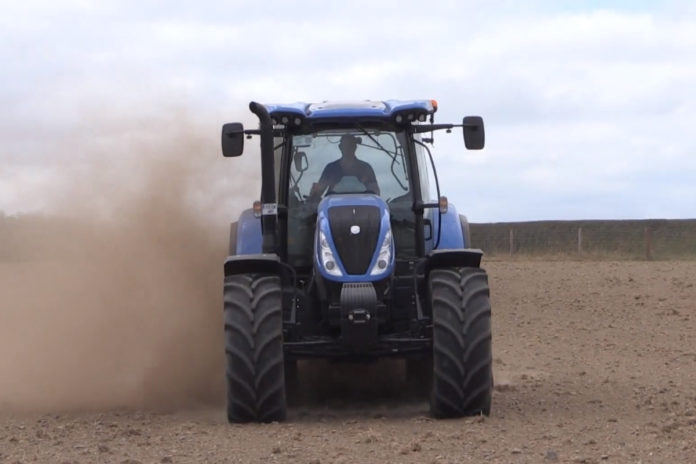 VIDEO: What will I gain from reseeding my land?

Eddie Gavin farms 200-acres near the Kilkenny border of Co. Carlow, with half in tillage and the other half in grassland for his 350 ewes.

The Gavins also buy a number of dairy-bred calves to rear.

In a recent video produced by Teagasc, Eddie goes through the process as to how he decides to reseed his paddocks and what steps he takes in the reseeding process.

After increasing stocking numbers, there was a need to increase the performance of the fields, hence why they Carlow farmer has been reseeding much of his farm over the last number of years. So far, the results have been positive.

“With the new grass seeds on the grassland, we brought back out of tillage, the grass is performing much better and is more responsive to fertiliser.”

“The way I decided to reseed paddocks was to identify the older ones and those that were not performing well. We checked soil fertility and the pH was 6.8 with a soil P index of 3 and soil K index of 4.”

“We’re back here 2 weeks after spraying. We ploughed the field two days ago and came in with the flat roller and rolled it slowly. We then power harrowed it in two different directions. We plan to sow it and roll it twice or 3 times.”

Creating a fertiliser plan and selecting a seed mix to suit their system was an extremely important part of the process.

“We spread 3 bags of 10-10-20, we didn’t need lime because the pH was 6.8. The grass seeds that I have chosen are Abergain, Aberchoice and Drumbo, as well as a half kg of clover. The reason I chose that seed mix was for early growth and good digestibility for the sheep.”

“We’re sowing at 14kg/acre. We’re waiting until rain is forecast and will sow the field then. We sowed the grass seeds at the end of July, about 5 weeks ago, and we’re very happy with the way it came out.”

In order to make the fields as efficient as possible, an emphasis has been put on weed control to prevent competition with the grass. With a further application of fertiliser and checking the strength of the crop, Eddie is satisfied that it is suitable for grazing.

“Some weeds have come up, so my plan is to spray with a clover-safe product and apply 24 units of nitrogen and hopefully graze a week later. I did a pull test and the root didn’t come straight out of the ground so I’m happy to graze it straight away.”

An extra profit of €250 or more per cow together, with benefits for water and air quality, is achievable on average Irish dairy farms...
Read more
Dairy

Lely customers, Robert and Henry Mulligan, from Co. Meath, are running one of the largest grass-based robotic milking farms in Ireland. They are milking 420,...
Read more
Farming News

‘I always wanted to be a livestock auctioneer’

‘Farmers are full of knowledge; it’s very important to listen to them’