That's FarmingThat\'s Farming Irelands Largest Farming News, Properties and Classifieds Network
HomeDairyHow a pair of wellies and overalls marked the beginning of this... 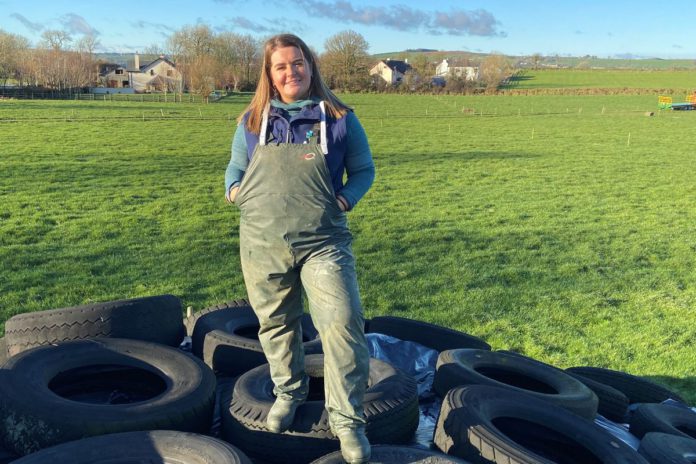 Little did Nicole Keohane’s grandfather know that when he gifted her a pair of overalls and wellies for her seventh birthday, it would mark the beginning of her career in agriculture.

The 22-year-old spent her childhood on her grandparent’s farm, which her grandmother, Anne, inherited in the late 1970s.

Anne has been running the farm with her husband, John ever since, and now Nicole also assists, whilst juggling a full-time job. The trio runs a Holstein Friesian herd in Innishannon, Co. Cork.

“We’re always joking about how the farming gene skipped a generation as neither my father nor two aunts took a huge interest,” Nicole Keohane told That’s Farming.

“Nearly all of my favourite childhood memories are from the farm, whether it was peddling my little John Deere tractor around the milking parlour or scaling the silage pit.” 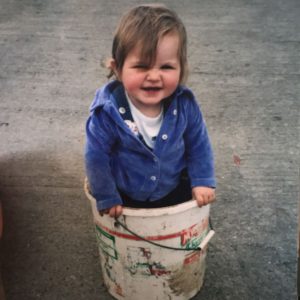 They plan to calve down just shy of 100 cows this spring, with calving to commence on February 1st. All replacements are bred from AI, with repeats and late calvers mopped up by an Angus bull.

“We’re big believers in quality over quantity when it comes to cows. We have always placed a huge emphasis on our breeding programme and finding bulls which work for our farming system.”

“Also, we place a huge importance on calves; they are the future of our herd’s success. We feed calves colostrum using the 3-2-1 rule, and we then place them on transition milk for a 2-3-day period.”

The family feed transition milk to calves to maximise the success of their vaccination programme. They then move calves onto milk replacer from day 3 onwards, and ensure all calves have access to freshwater, meal and hay for rumen development. “We do not feed high SCC milk to heifer calves as it has been shown to have a negative impact on her subsequent lactations.” 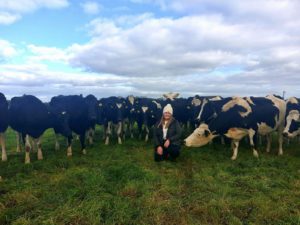 “The most enjoyable part of farming for me has always been working with livestock, whether that be milking, feeding out, or bedding. I never did take a huge interest in machinery, only ever seeing it as a means to carry out the necessary jobs.”

“I am most passionate about sustainable dairy practices and regenerative agriculture. This is the direction that I see our farm heading towards. Also, I plan to minimise inorganic fertiliser usage by introducing multi-species swards.”

In line with this objective, the family have begun minimising antibiotic usage on-farm, administrating an AHV tablet to any high SCC / mastitis case cows.

Nicole studied agricultural science at the Waterford Institute of Technology and graduated last year. She claims attending this college was “by far one of the best decisions I have ever made”.

“I was surrounded by like-minded students who have a passion for agriculture and the drive to enhance our industry further.”

She has been afforded multiple opportunities during her studies including work placement on an 850-cow dairy farm in Timaru. During her time at the college, she was awarded the Irish Hereford bursary, the ASA/ IFJ travel bursary and the Dairymaster student award. 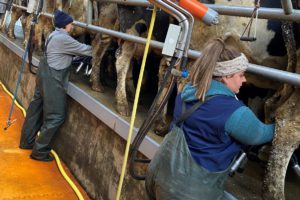 Once she completed her undergraduate degree, Nicole did not immediately enter the working world or further her studies. “I knew I wanted to take a year out, so to speak, and not delve straight into further studies.”

In September 2020, she began working with AHV International, an animal health company specialising in the treatment of calves to cows whilst taking a non-antibiotic approach.

“AHV is a young and innovative company, and this is reflected by the staff as well. All my co-workers are top-class people and are driven towards a common goal. I could not have asked for a better work environment.”

She began the role as the Cork sales consultant for the company, a job she was “at first hesitant about but now absolutely loves”.

“The thought of cold-calling had initially struck fear into me, but it has been a great learning curve. Every day I am meeting new people who I get to talk about cows with”

“Meeting new farmers and talking about their farming practices has opened my eyes to how I can continue to improve our home farm. My poor grandparents must be sick of me coming home with all these new and sometimes expensive ideas.”

In October of this year, she was then promoted to trial co-ordinator in addition to her current remit. She organises various company trials throughout the country in conjunction with colleges such as WIT. 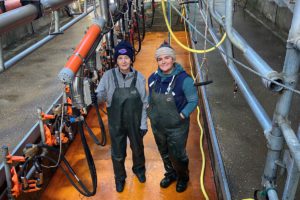 Keohane hopes to begin a PhD in the coming years, which will focus on reducing antimicrobial usage on farms.

“I have a huge passion for research in our industry. We always need to see ‘the proof in the pudding’.”

“There are just as many women entering into ag science degrees as men – if not more. This proves that more and more women are considering a career in agriculture and are succeeding in this.”

“I like to think of our farm as female-led and my grandmother is my role-model. As mentioned, my grandmother inherited the farm back in the late ’70s. She has been an inspiration to me, having held seats with the IFA, local co-op boards and the National Dairy Council.”

“My grandmother has proved that the opportunities are there for women in the industry; they just need to be taken,” Nicole Keohane concluded.