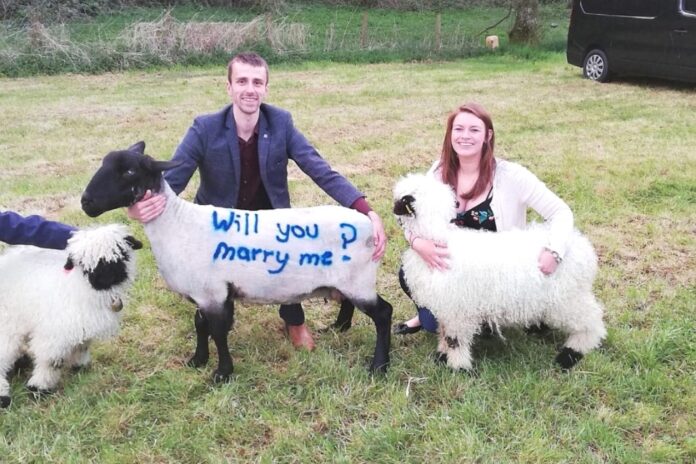 ‘Valais Blacknose sheep are very expensive to get into, but offspring sell for a good price’

In this week’s sheep segment, That’s Farming talks to Deirdre Morrow from Lettybrook Valais Blacknose. We discuss their current holding, their commercial and Valais Blacknose flock, their lambing experience, breeding programme, and future plans for this Northern Ireland flock.

Deirdre Morrow’s journey into the farming world and the ‘world’s cutest breed’ is far from conventional.

She crossed paths with Matt – whose family has been farming for several generations – during her studies at Harper Adams University, where the couple first met.

She does not come from a farming background, but her grandparents, who she would visit regularly, have a small beef farm.

Deirdre recalls her fond memories of seasonal jobs such as lambing, shearing, and making hay, while Matthew’s childhood revolved around “being out on the farm baby in a pram, feeding cows” with his parents in the mornings.

The farm in Aughnacloy, Northern Ireland, has been predominantly sheep and beef; the couple established a Valais Blacknose flock three years ago.

Matt, along with his parents, two brothers and Deirdre manage the farm together as a family.

Furthermore, the family owns 140-acres over three parcels of land, which are within five miles of the home farm. 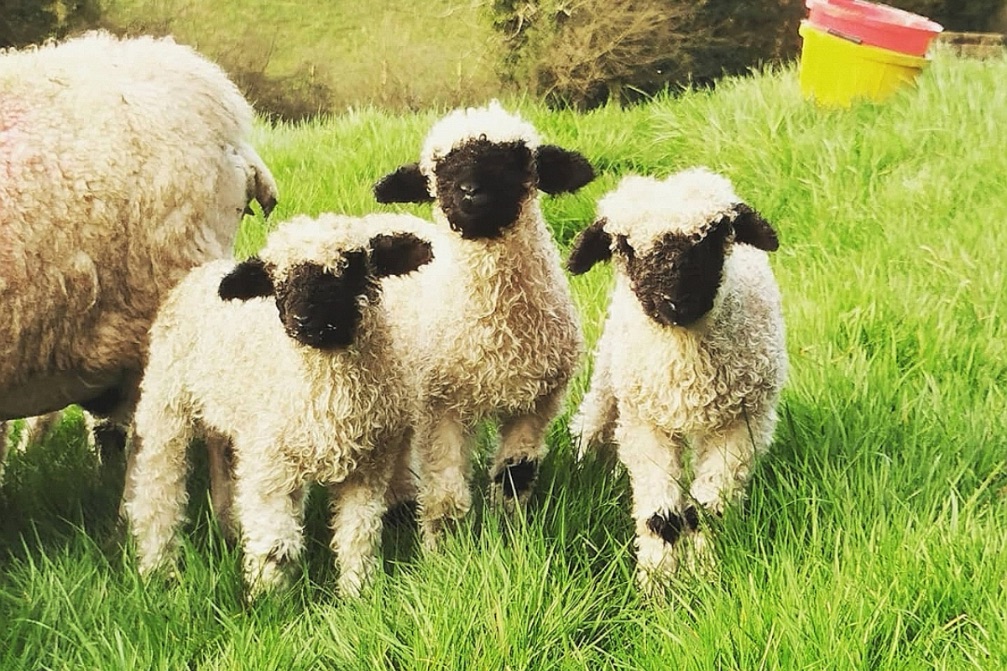 Texel, Suffolk, New Zealand Suffolks, Charollais, and pedigree Llyen are the main breeds on the farm, which is home to a 400-strong commercial flock.

“These breeds, including rams to suit the commercial breeder, are founded and managed by Matthew, his parents, Donald and Pamela, and his brothers, John and Daniel.”

“Matt and I started our Valais Blacknose flock in April 2019 when he surprised me with two beautiful ewe lambs whilst asking me to marry him.”

The couple built their flock over the last three years by both breeding naturally and embryo transfer (ET) work.

Hereafter, in 2021, 19 lambs were born on the farm, and the couple acquired two show-quality ewes and another Valais Blacknose to introduce new bloodlines.

This year, 12 lambs arrived on the farm, which were sired by a new ram on the farm. They purchased the ram, known as Highland Hawk, from Blacknose Beauties, a flock in Carlisle, owned by Raymond Irvine and Jenni Mc Allister.

At present, the couple owns five ewes and three rams, as well as this year’s offspring.

“We lamb indoors in March because we lamb the commercials at the same time and turn out to grass as soon as possible. This is weather permitting, so we do not have to feed any meal post-lambing,” Deirdre explains to That’s Farming.

They do not use lambing cameras during lambing season, and this is due to the number of ewes. They work in shifts, so someone is always there to “keep an eye” on sheep 24 hours a day.

The lambing season for both the commercial and Valais Blacknose flock lasts for a period of six weeks.

“We use teasers in the commercial flock and embryo transfer with the Valais Blacknose flock to achieve a more compact lambing period.” 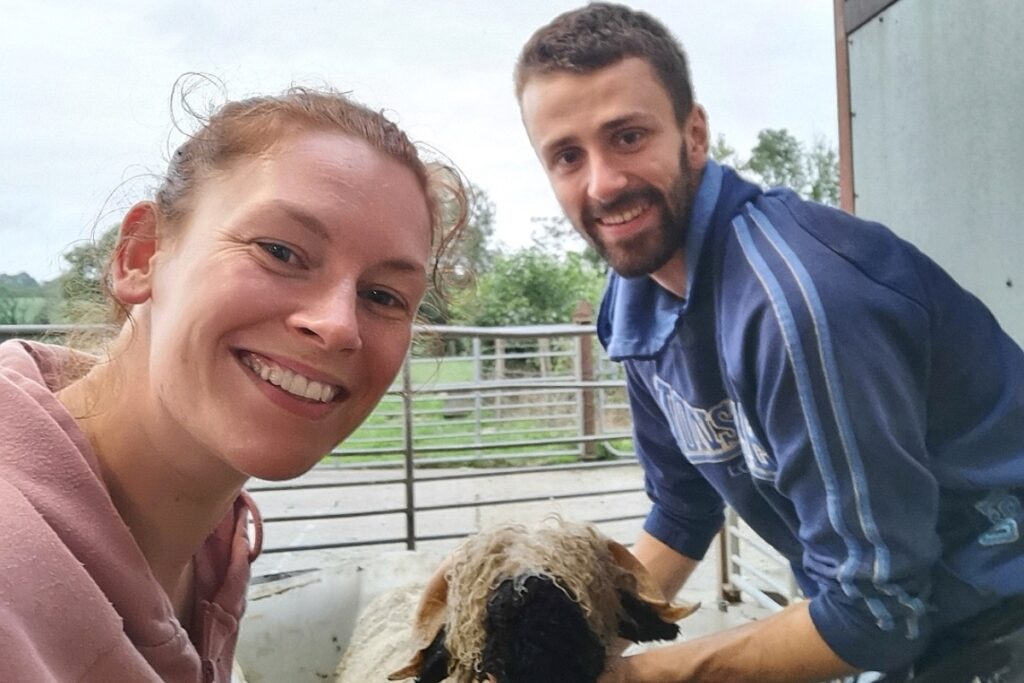 Deirdre plans to continue breeding Valais Blacknose, which are big, long, square sheep, with a particular focus on a great fleece, face and head.

“When purchasing a stock ram, we check for good leg markings. We ensure they look the best they can and have good bloodlines behind them.”

“This gives us the best chance for great future offspring which are not only healthy but also show quality.”

The sheep producers use TGM software for the commercial flock to record the performance of all lambs. In addition, they use this software on the Valais Blacknose to track parentage and bloodlines. 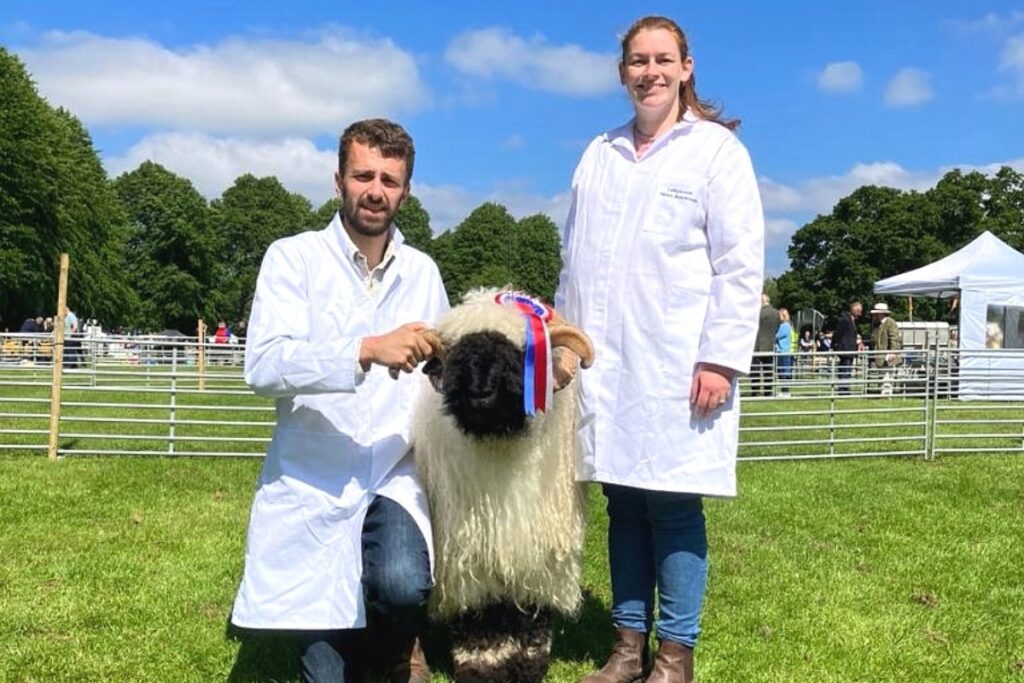 Pros and cons of farming

Deidre remarks on the most enjoyable aspect of farming life for her, “I enjoy being part of the farming community where we all share a common interest”.

Deirdre and Matthew are committee members of the NI Valais Blacknose Club, and host events and shows throughout the year, which she enjoys.

Comparatively, Matthew’s favourite aspect can also be one that is most frustrating, which is working with family.

“It can be difficult with lots of different opinions, but that is what makes small wins and successes a little bit more successful when you are doing it with family.”

“The current increase in costs of everything, and also the weather we have had this summer has made farming very difficult. Everything now has to be done in such a small window.”

“Farming for us also means very long days; unless working together on something, we may not see each other all day.” 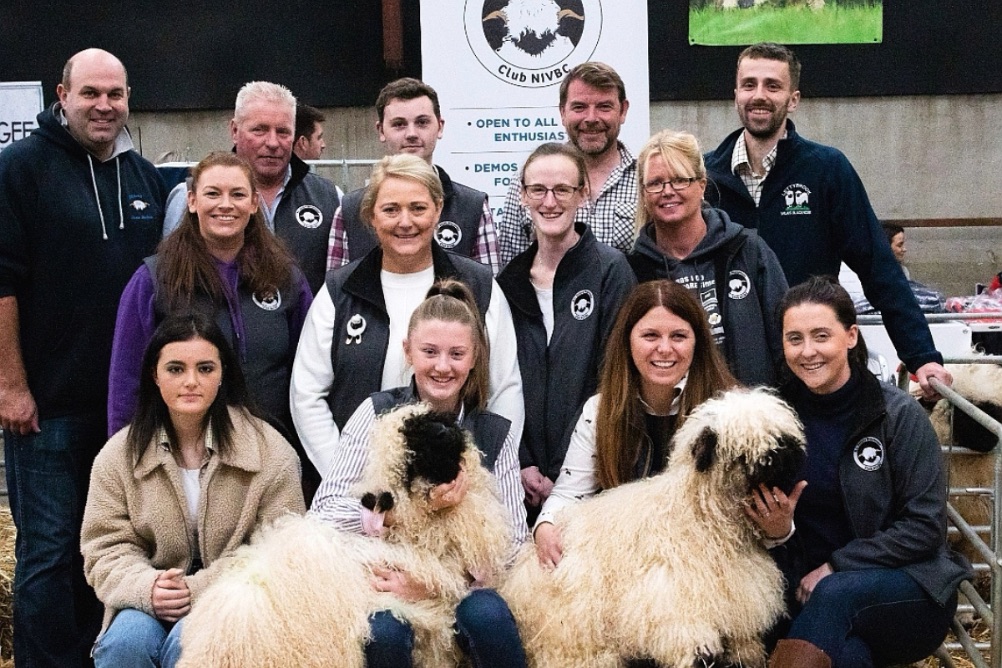 The family plan to increase their ewe numbers slightly, but, more importantly, improve their foundation ewes and stock rams to ensure improvement in the overall flock.

“Our dream is to be one of the leading flocks in Northern Ireland when it comes to bloodlines and show winners.”

“Valais Blacknose sheep are very expensive to get into, but offspring sell for a good price which helps buy-in better quality bloodlines the following year.”

“With regards to the commercial flock being profitable, at the moment, it is very difficult. Everything has to go your way, and that is just not possible all of the time.”

Deirdre recalls the highlight of her journey to date with the Valais Blacknose, where she won Valais Blacknose champion at her very first show in Plumbridge. Their ram lamb, Lettybrook Invictor, won the class.

She concludes, “we have been breeding Valais Blacknose sheep for a short time together, and we are about to introduce our first child in July”.

“We cannot wait to be able to introduce the next generation into the family farm,” she concluded.

- Advertisement -
Previous articleBlessington: Cattle to €1,640 over and ewes to €230
Next articleBuying a used car in 2022: what you need to know