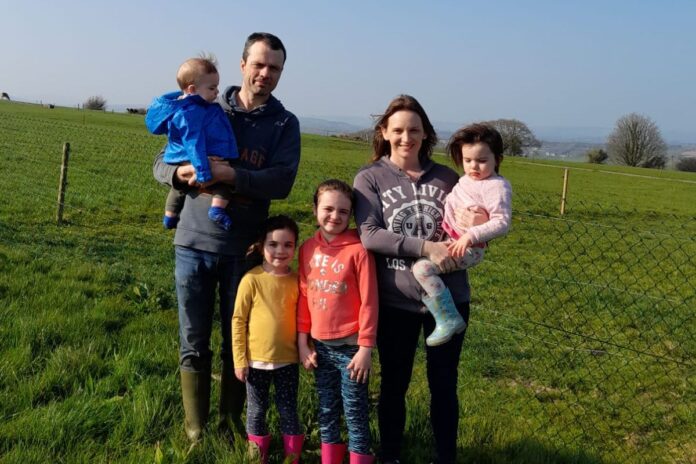 Collaborative family farming at the heart of award-winning pedigree herd

The Murphys are currently milking 50 cows on a 90-acre block. Donal’s father, Dan, purchased the original 77-acre farm in 1967.

Since then, the Murphy family has cultivated and nurtured the renowned Roovesmore Herd.

Speaking about the origins of the herd, Donal told That’s Farming:

“Grain was grown for the first two years, and in 1969, the first 15 cows were milked. The numbers gradually increased over the following years.”

In 1981, the herd was upgraded to pedigree status. It is currently represented, by 14 EX classified cows, 26 VGs, with the remainder classified as GP.

Then, in 1983, the family installed a 10-unit DeLaval parlour with Cashman pneumatic feeders. In 2011, they added another 13-acres of adjoining land to the holding, bringing the total land owned and farmed to 90-acres.

Moreover, 2015 saw the construction of a new cow unit with 46 cubicle spaces and automatic scrapers, connecting into the existing 30 cubicle shed. 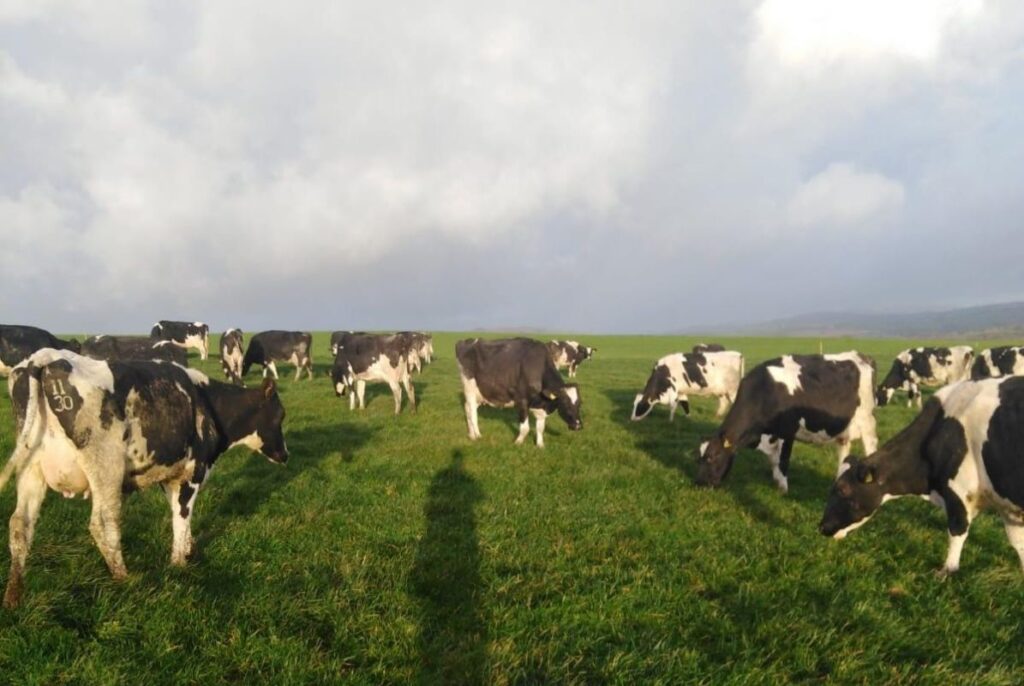 The herd itself comprises a mixture of homebred and bought-in families. The home-bred stock includes the Iris, Tessie, Flora, Onora, Esther, Poppy, and May families.

Over the years, the Murphys have added other well-established families compliment their own breeding stock.

These include the Snowflake, Beatrix, Mary, and Lorraine families. They source these cows fro the annual Lisduff Holsteins youngstock sale in county Cork.

A standout from the herd currently is Lisduff Snowflake 54 EX92 4E, who was awarded a Diamond Award from IHFA for her EX classification, and for producing over 3000kg of protein in her lifetime to date.

Donal also has a “soft spot” for one family in particular- the Iris family. The Holstein Friesian breed has long been the breed of choice for the Murphy family.

As a child, Donal recalls milking the progeny of some of the well-known sires of the time, including Barold Rock Seal, Sunnyboy, Southwind, Archibald, Lord Lilly, Hairy Breeze and Galtee Merci, amongst others. It is Donal’s intention to continue this tradition of pedigree breeding as he remarks,

“The Holstein breed is renowned for its ability to convert forage into large volumes of milk, so you could say it is in our DNA to keep breeding this type of cow.”

Concerning the current labour situation on-farm, it is evident that good organisation and planning are critical factors in the enterprise’s success.

They milk the herd twice a day, normally at 7 am and at 5 pm. Milking time usually takes an hour and 30 minutes longer during the calving season to feed calves.

“You could say it is a bit of a family affair here as my brother, Tim, helps out on the farm three days per week, when not working in Dell/EMC.”

”I also work part-time off-farm as an administrator in the HSE, but on opposite days to Tim’s rota, so there is one of us at home most days to keep the show going.”

Donal’s father, Dan, is also very active on the farm and a crucial team member. He assists Donal with milking, feeding calves, and going to the local Dairygold branch for supplies daily.

Dan is an experienced stockman and Donal describes him as “having a good eye for spotting cows springing or near calving and letting us know”.

Another key member of the team is Donal’s wife, Louise, who oversees the wide range of administrative tasks accompanying the enterprise.

“Louise registers newborn calves on AgFood.ie, looks after the bills/paperwork and updates remedy usage. I record all remedy usage on a whiteboard in the milking parlour and then WhatsApp a picture onto her to update the remedy usage as I go along.”

To optimise time spent running the farm, the Murphy family rely on both ICBF Herdplus and Munster Bovine Farm Ops for assistance.

The recent installation of a new calving camera system allows Donal and Louise to monitor cows for calving from their phones.

Donal aims to get his herd out to grass after winter housing as early as possible to maximise grass in the diet.

The grazing season progresses until the start of closing in early October, with the last paddocks usually closed by mid-November.

To maximise annual grass growth, he carries out soil sampling every two years. In an effort to maintain optimal pH levels, he spreads lime required in either early spring or late autumn or when reseeding.

He identifies the poorest performing paddocks and reseeds these each spring with Dairygold’s Gold Assure No. 3 + Extend Gold with Clover being his  current grass seed mix of choice.

Also, a minimum of 20 grass measurements are recorded in compliance with derogation rules. 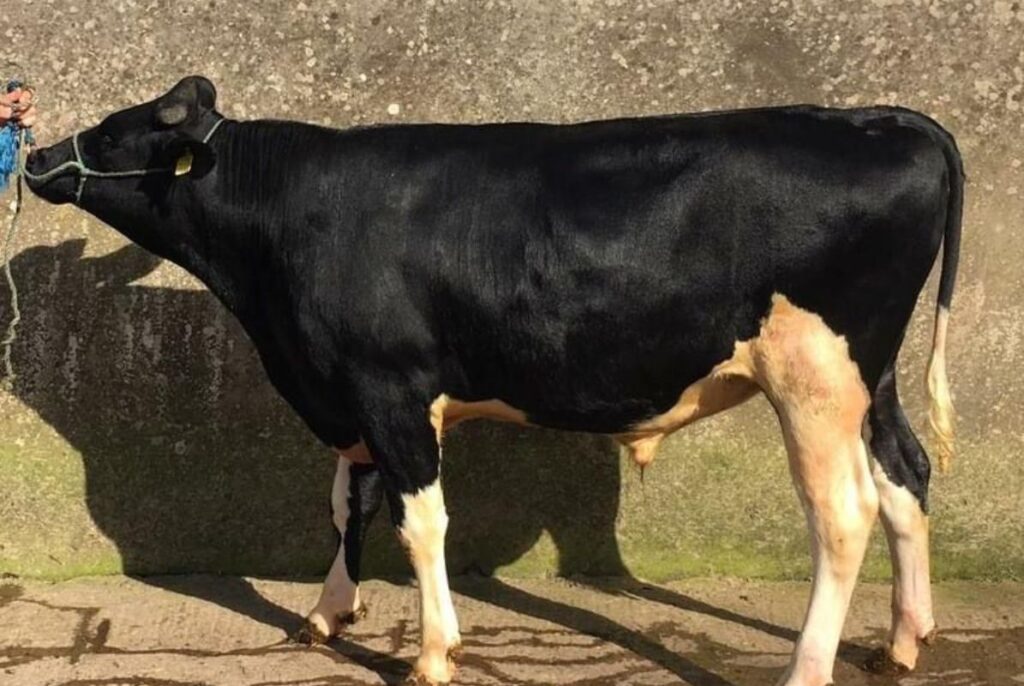 Donal describes his ideal cow as; well balanced, with a combination of both strength and dairy traits. Ideally, she should be medium in size with good legs and feet, produce high milk volumes and a calf per year.

To achieve these goals, Donal focuses on certain specific criteria;

“I go for the high production-type bulls. The traits I look for is medium stature, positive in chest and rump width and positive in teat length (which can be hard to find). Ideally, I like bulls to be +300kgs in milk, +30kgs in milk solids and have positive fat and protein percentage and positive fertility.”

In recent years, he has incorporated aAa® analysis into the herd breeding program.

“Our aAa® Analyser, Lory O’Hanlon, calls to the farm to study each cow and determine the causes of functional problems.”

“He then advises us how to prevent the same problems occurring in the next generation by matching the cows to the bull’s unique aAa® code.” 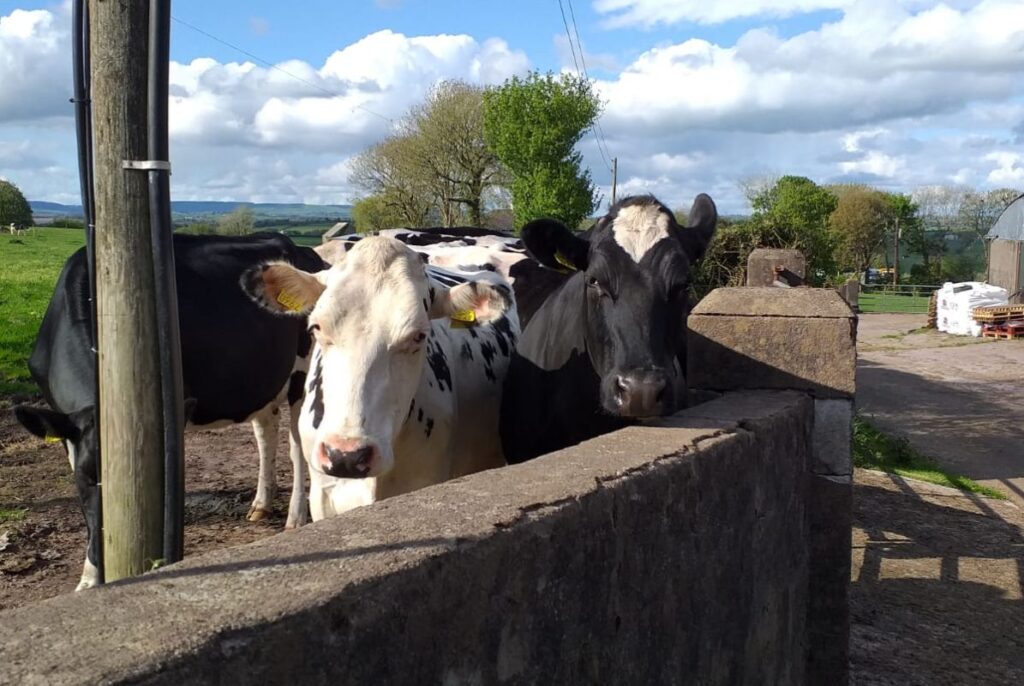 Furthermore, he also utilised sexed semen, with top cows and maiden heifers receiving a sexed straw on the first round, and up to two conventional straws after if needed. If this fails, cows are either covered by an Angus bull or marked for culling.

Clearly, Donal’s current breeding programme is providing very rewarding, as the herd has been successful on more than one occasion, in the Cork Holstein Friesian Club and Irish Holstein Friesian Association herds competition.

Despite this, he is constantly striving for improvement and has already made additional plans for the upcoming breeding season:

“The one thing I will do differently this year is leaving the Angus bull off with the cows a lot sooner than last year. So, this year, he will be left off towards the end of May until the end of June in the hope of finishing calving by the end of March the following year.” 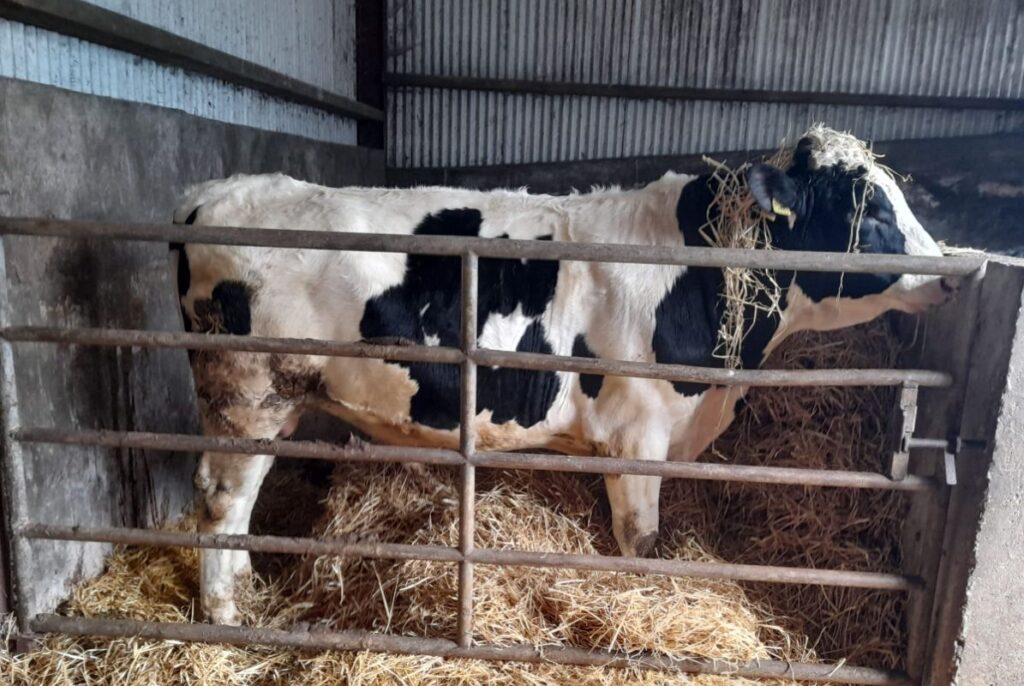 Last year proved to be a fruitful one for Roovesmore herd with an impressive year’s average as follows:

Donal currently has no plans to expand the herd size. The herd has, in fact, seen a reduction in numbers from 60 to 50 cows.

This decision was taken to make the workload more manageable for both Donal and his brother Tim, considering their off-farm careers.

The Murphys successfully sell a combination of replacement maiden heifers and calved heifers annually to offset any profit reduction due to herd size.

Donal’s main goals in the future include continued improvements to both the herd and farm infrastructure. It also appears the farm’s future will be in good hands with the next generation of the Murphy family.

“My daughter, Olivia, is showing a keen interest in farming and knows all the cow families. I plan to try to breed a show calf that she can show at YMA.”

Furthermore, he has plans in place to increase the farm’s sustainability, and lower its carbon footprint, through the reestablishment of hedgerows and mature trees.

“The future of dairy farming is bright. With quotas a thing of the past, it is up to each individual farmer to decide how small or big they want to go and what type of cow they want to milk. It is important to be happy with what you are doing,” the CHFC and IHFA member concluded.

- Advertisement -
Previous article
Farm diversification and respect for nature paying dividends in Monaghan
Next article
Dry cows to €3,180 and heifers to €2,430 at Dowra