That's FarmingThat\'s Farming Irelands Largest Farming News, Properties and Classifieds Network
HomeBeef‘Things have become much tougher for me on the farm since my... 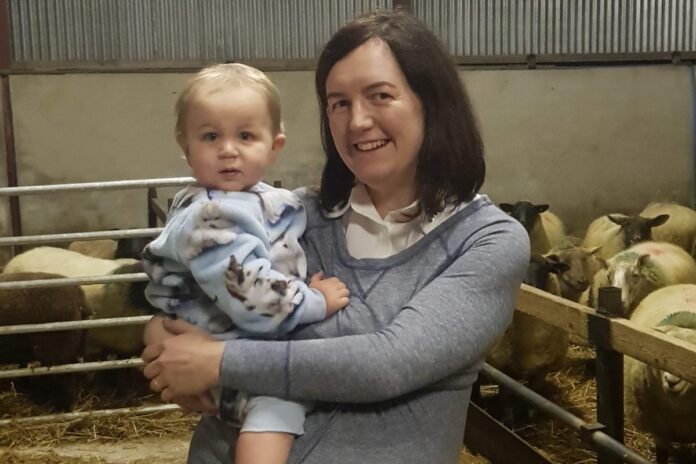 In this week’s Farmer Focus segment, That’s Farming speaks to mixed part-time sheep and beef farmer David Houston, from Northern Ireland. We discuss the farm’s history, balancing full-time employment and farming, and his outlook on the future of farming.

David farms part-time, alongside his mother, Maureen, in Claudy, Northern Ireland, where he manages a generational suckler and sheep enterprise while maintaining a busy full-time job off-farm.

The Northern Irish farmer leads a hectic life; with family life, a suckler and dairy-beef enterprise, a sheep flock and employment off-farm.

“I work over 40 hours per week in Wind Farm construction, which takes place all over Ireland and Scotland. At every opportunity, I am on the farm,” he tells That’s Farming.

“I find it quite challenging during the busy period; however, it is something I really enjoy. I have to plan well in advance for jobs that require commitment, which allows for extra time to arrange for extra help, if I require some.”

“Farming was bred into me from an early age, as my dad took over the reins at the age of 26. The Houston Family originated from Ardground, near Kildoag.”

James Houston married an only child, Elisa McGee, in 1855. On James’ death, the farm passed onto his son, Thomas and following his death, it passed to David’s grandfather, also named David.

He explains: “The farm was then transferred to my dad at 26, and now me. So, there have been five generations of farmers over the past 167 from 1855 to the present.”

David expresses changes in the farming enterprise, since his father’s recent passing, in 2018.

“Things have become much tougher for me on the farm since my father passed away over four years ago. He was a wealth of experience and an extra pair of hands.”

“The herd has decreased in size over the past ten years as my father became unwell and was eventually diagnosed with Amyloidosis.”

The farm has always comprised a suckler enterprise, which currently holds 25 commercial females, with plans to expand in the “near future”.

At present, he has mostly Simmental cows, as he feels they produce a “good conformed” calf when crossed with a pedigree Charolais bull.

In addition to this, the herd also consists of Limousins, Belgian Blues and some Shorthorn types.

“We do not have a stock bull; our last bull was a Charolais, but we have used Limousin bulls in the past.”

“We use AI when the cows are housed during the winter months. During the summer period, we hire a Parthenaise stock bull from a neighbouring farmer.” 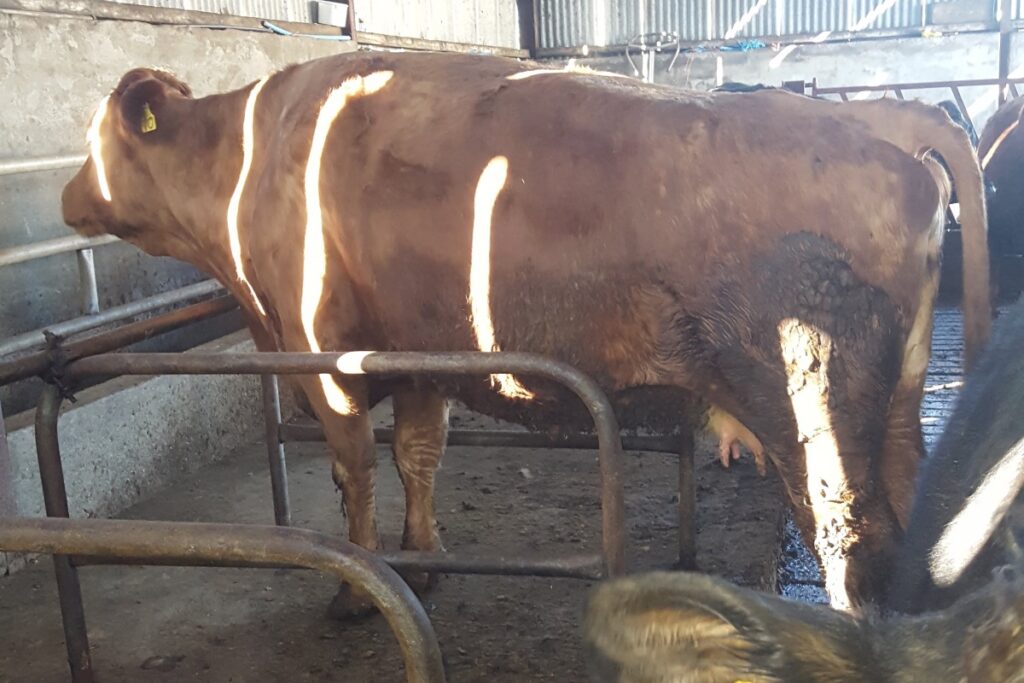 David aims to calve-down cows from November to March, while replacement heifers calve closer to summer in May.

The herd’s calving interval sits around 371 days, but that has “slipped slightly” due to an infertile stockbull.

He sells calves produced on the holding as weanlings at 9 to 10-months-old at a local mart.

He describes his ideal cow type as a medium-sized female, with a mature weight of 600 to 630kgs, which milks “well” and produces a calf each year.

In addition to the commercial suckler herd, David also runs a 20-strong dairy-beef enterprise. From this, some heifer calves are selected as replacements to join the main herd.

Replacement heifers calve down at 24 months, but if she has not reached her mature weight of 60%, she will calve down at 30 months.

In addition to the suckler and dairy-beef enterprises, David manages a flock consisting of Texel, Rouge, Suffolk and some Kerry Hill.

“We run a CharTex ram and a pedigree Charolais ram for their ease of lambing and lamb muscle formation.”

“At present, we have 70 ewes, down from 130, but again, I hope to increase the flock numbers should I get the opportunity to obtain more land.”

Lambing takes place from the start of March and lasts for a period of four weeks.

He brings ewes indoors in mid-January and feeds stock according to the scanning results.

“The singles are batched separately and receive less meal. Our scanning rate is normally 180%.”

In terms of progeny from the flock, the lambs are drafted at 45 to 55kgs and sold at a local market.

He comments: “I believe good grassland management is very important to improve the productivity of the farm and increase income.”

“We are very lucky to have free draining soil on the farm; however, it is still the end of April before we turn cows out to grass.” 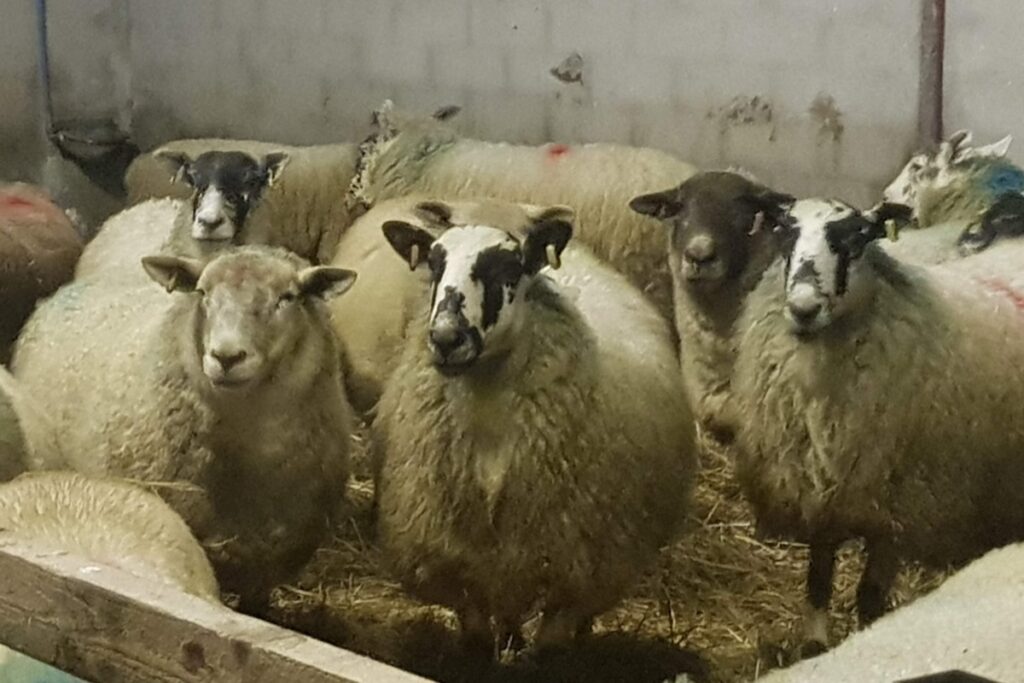 In brief, the future plan is to increase the herd size and try to keep “pushing forward”, as he says he has four young sons “coming up behind me”.

“I hope one of my sons will keep the family farm going into the future.”

“Currently, we are constructing a five-bay dry house shed, so this will aid to increase stock numbers.”

“Although the outlook for suckler farming appears bleak, I am committed to staying positive and confident that we produce good quality meat to sell to our customers,” David concludes.