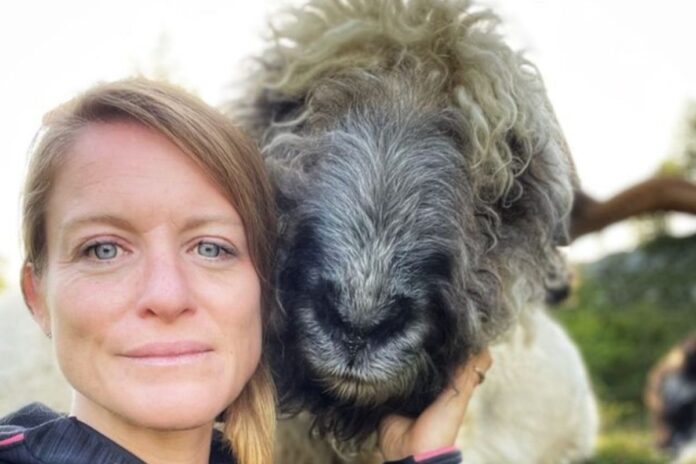 That’s Farming editor, Catherina Cunnane, in conversation with Claire Jeannerat (42) in this week’s women in ag series. In the first segment of this three-part article series, we discuss moving from the UK to pursue her sheep farming venture in Switzerland, land use and costs and breeding Red of Valais, Valais Black Nose and Heidesnucke.

“I am originally from Hampshire in the South of England, but I am currently live in the canton of Valais in Switzerland.

My father and grandfather were farmers back in the UK, but the farm was sold when I was an early teen. I consider myself a first-generation farmer with my husband in Switzerland, as we farm quite differently.

Our current farming adventure started when we moved to the village where we have been living for the last 15 years; my husband was a landscape gardener.

He often got jobs cutting grass in pastures as there were no animals locally to graze them.

He felt like it was such a waste of good hay and had always dreamt of having sheep and goats when he was a kid.

One day, he bought home six sheep and six goats to graze the pastures. He was supposed to come home with only three of each, so he got a telling off from me.

I previously studied a bachelors degree in hospitality management and worked in hotels and school for 14 years before joining my husband, Damien, on the farm.

Most mountain farmers do not own the most part of the land that they graze. Often plots as small as 500 m2 can have numerous owners. The Swiss government tax landowners for the upkeep of their land.

All land classified as buildable land must be grazed or cut back once or even twice a year to minimise fire risks (we live in a very dry area) and also to prevent the land from turning into forest.

The government, in turn, pays forward part of this tax to farmers to do the work to upkeep the land.

Land management and regenerative farming are on the curriculum of both courses. To be officially recognised as a farmer means that you can claim financial support from the government for grazing/using land in different ways.

All agricultural land is registered and categorised according to precise specifications. You need to manage the land in a specific way to benefit the land and its ecosystem. 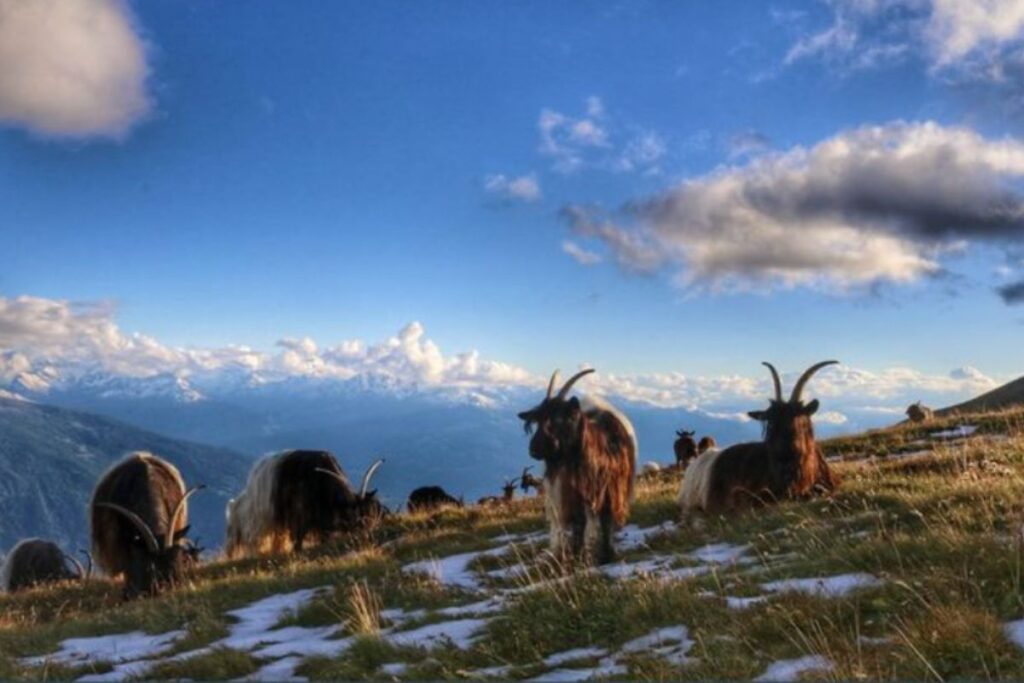 Living in the mountains, our year is wholly dictated by the seasons. Weather is everything! This is the case for most farmers, but ours is on a more extreme basis as we have four very distinct seasons.

Each season necessitates and incorporates different practices. From December to March, we have heavy snow, so the animals must be housed in shelter at the farm during these months.

By April, the snow has generally melted at the lower grazing level, and thus the months of April/May, we can start to move the animals onto the pastures around villages.

We will return again to these pastures in November and December, eating up the last of the graze that has grown over the summer until the first snow arrives.

In June, we walk the flock/herd to the alpage in the transhumance (the moving of animals by foot across regions and during a number of days). 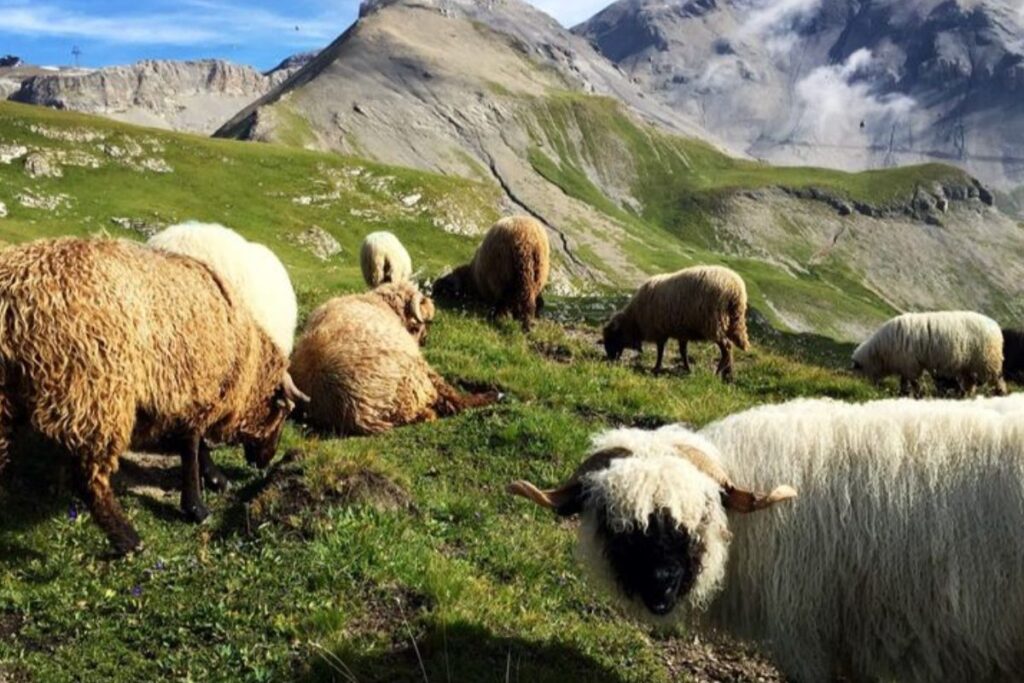 We do the same return journey back to the village grazing in November. The alpage is the highest mountain grazing where the animals roam free and eat the best grass, full of mountain flowers.

It is the prized moment of the year when animals can flourish and gain the form they need for the rest of the year. We only own the land that our farm building is on.

The rest of the land that we graze, we use through long-term rental contracts. These can be with private individuals, local authorities, or other entities/associations.

Both the alpage, we currently rent are through local authority bodies. Each local government has an office where you can research who are the registered owners of any piece of land.

Switzerland is not directly a member of the EU, allowing it to pursue its own agricultural policy and close off importation from the world markets, thus protecting Swiss farmers and their production, in other words, domestic products from foreign competition.

Therefore, livestock and meat prices are stable. However, you do not find the high prices for breeding animals as you do in other countries such as England. Switzerland produces 80% of the meat it consumes and imports 20%. 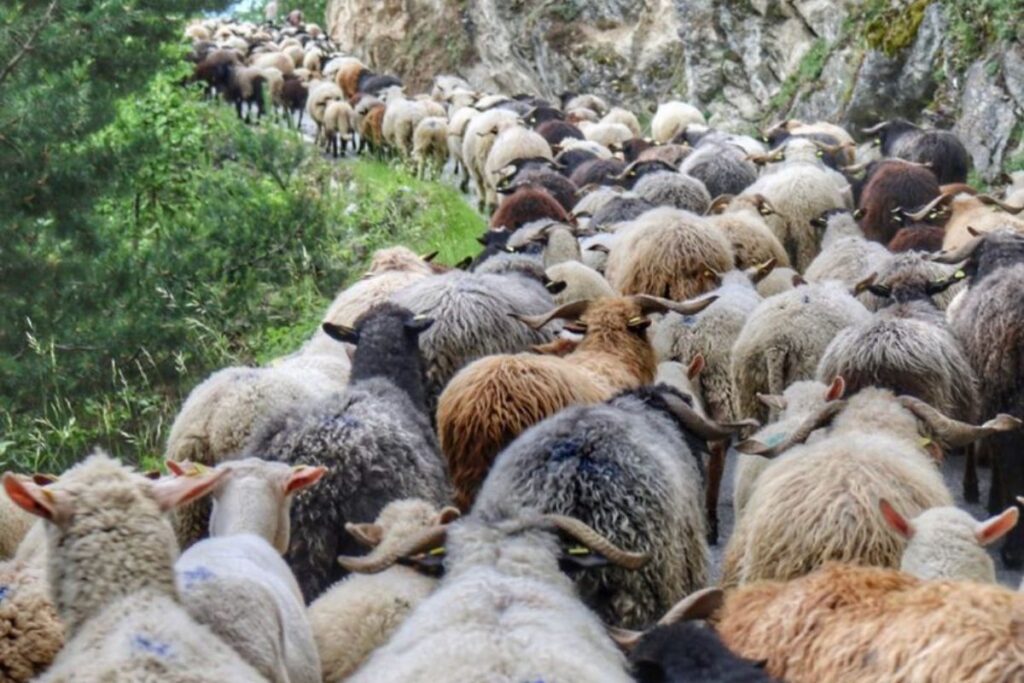 We have mainly rustic local breeds, such as Red of Valais and Valais Blacknose. Furthermore, we have also a German breed called Heidesnucke, which is a very hardy and ancient breed.

These breeds are also often rare, such as the Red of Valais (Roux du Valais), which was on the brink of extinction in the 1980s.

We have selected breeds that are adapted to thrive in the mountains and our way of life.

Such as moving by foot, the ability to cope with tough terrain and conditions and thrive on the forage that is available to them.

Once in the alpage, these breeds graze as a group, rather than separating out which makes it easier for the shepherd to manage the flock (as they are free, with no fencing). 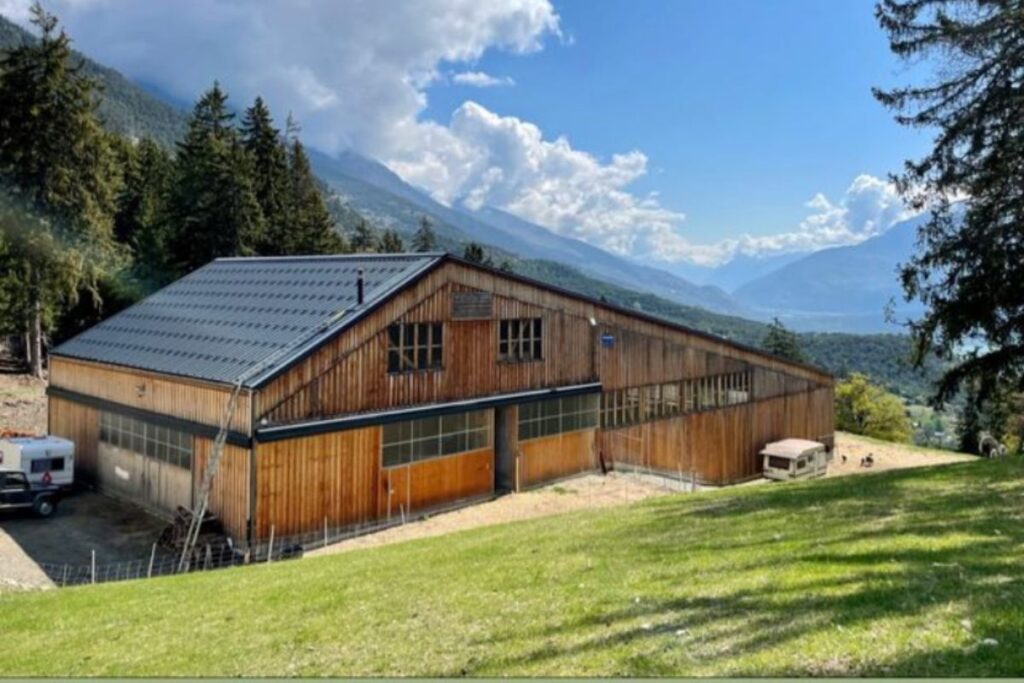 It has taken us ten years to build up our flock to its current numbers. We have done so by keeping all ewe lambs and bringing in new blood by switching up our rams.

The reason for this is we need lambs to be strong and independent come spring. Moreover, we move our animals only by foot, including a transhumance in June of over 30km by foot to get to the alpage (highest mountain grazing) for the summer.

We keep all ewe lambs and male lambs until after the summer season, and then we sell them for meat.

Furthermore, we strive to breed animals that are hardy enough to withstand our tough winters without losing too much condition and those with few health problems.

We prefer ewes that lamb with little to no interference and are attentive and protective mothers that will take care of their lambs once free on the alpage.

Tune in for the next part of this article series on farming in Switzerland.