In this week’s Farmer’s Diary, Clodagh Hughes discusses her farming week, a nasty gash on Gorsey’s hind leg and a Zoom call as part of Farmer Time.

As any farmer will tell you, and I am sure you have all realised by now, no two weeks in farming are ever the same.

Heck! No two days in farming are ever the same, and my farming week was no exception to this rule.

Since my last diary entry, I have had a minor breakthrough with my dog training and attended a nasty gash on Gorsey’s hind leg.

Also, I have lost a big personality rooster, Buster, and I have gotten several niggly jobs done that were annoying me.

And to top it all off, on Thursday, I had the best Zoom call with my wee pals and their lovely teacher (Jessica Lotty) from Craughwell National School in the beautiful County Galway for our third Farmer Time instalment.

I missed a few weeks with Halloween, but the last two weeks have been great fun.

I mentioned before that the internet connection with us is poor, so doing live videos is out of the question.

So, I pre-record a video or two and send them on to the teacher, Jessica.

She shows the class, and then when we Zoom call, we can discuss the video. I am trying to make my videos ‘interactive’ in the sense that I ask questions and give information as I record around the farm.

Thursday gone was our best day, and I was buzzing when I got off the computer. It was so rewarding; the children are brilliant and remembered lots of info I gave them.

They are starting to come up with their own questions now, which is what we want to achieve, have them thinking for themselves.

I am looking forward to next week’s call already!

Meanwhile, I came home back on Tuesday afternoon, only to find Gorsey grazing nonchalantly around the house.

He was meant to be up the lane with his wee woolly mates.

I haltered him until I was ready to move him again when I noticed a large patch of fresh blood on his right hind leg.

It looked very dramatic, as blood always does, but I tethered him to a gate to get a closer look.

I was going to use my cordless clippers until I realised how noisy they are; so, taking into account the noise factor and how horses can react to strange noises, coupled with the location of the aforementioned wound…far too close to his back leg!

I got my hand shears and could clip around the wound without stressing him out and reducing the risk of any high kicks coming in my direction.

After a good inspection, I could see that it was just a flesh wound and not half as dramatic as I had thought.

With the air able to get at it and a nice wash and aerosol dressing applied, Gorsey was ready to be released back into the wild.

I can only guess that he caught himself on a sharp stone during his great escape. 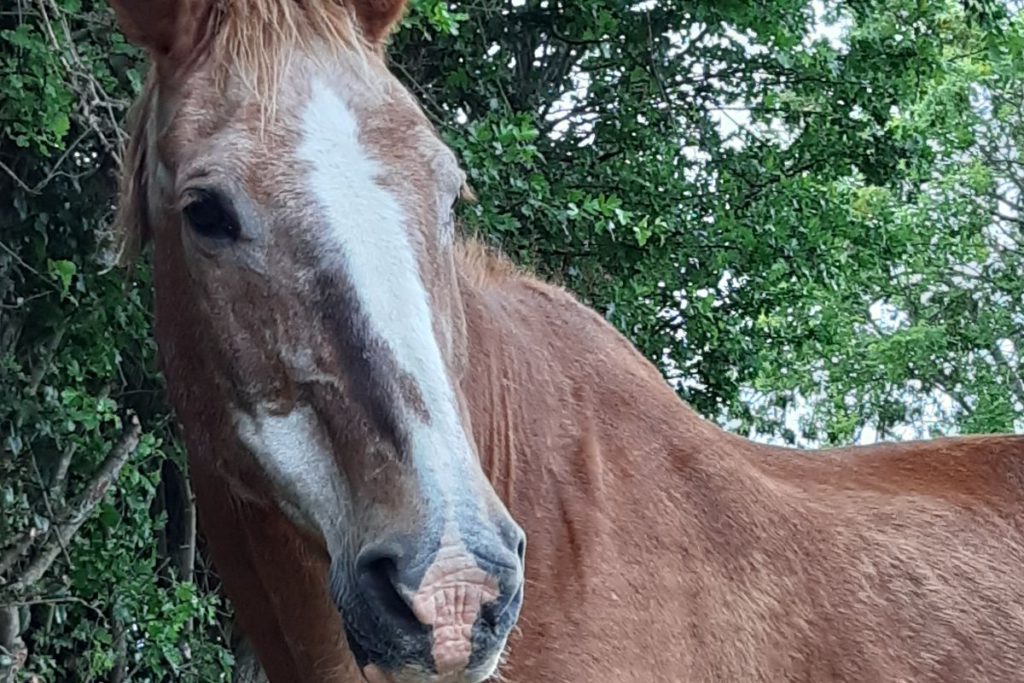 Diary of a farmer