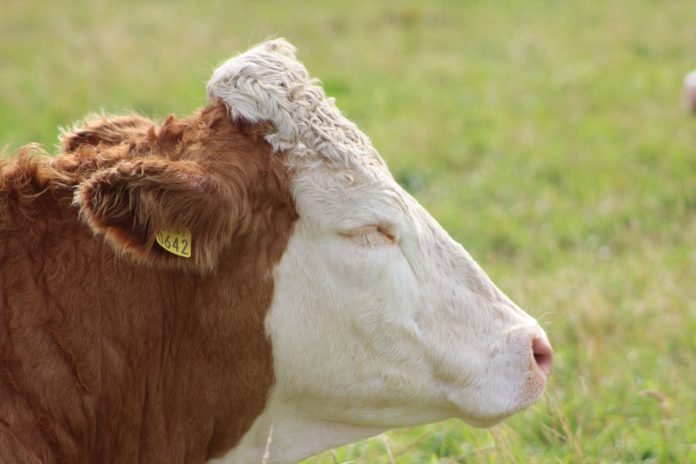 Bovaer®, a novel methane-reducing feed additive for ruminants, is one step closer to securing approval for use in Europe.

It confirmed that the product is safe for animals and consumers and reduces enteric methane emissions from dairy cows.

This opinion progresses the application to the final approval stage from the European Commission Standing Committee on Plants, Animals, Food and Feed.

As featured by That’s Farming in recent weeks, DSM has researched and developed the feed additive over the past ten years.

The product works by suppressing the enzyme that triggers methane production in a cow’s rumen.

According to the company, just a quarter teaspoon of Bovaer® per cow per day “consistently reduces” enteric methane emissions by approximately 30% for dairy cows and even higher percentages (up to 90%) for beef cows.

“Bovaer®, therefore, contributes to a significant and immediate reduction of the environmental footprint of meat, milk and dairy products.”

“Bovaer® is the most extensively studied and scientifically proven solution to the challenge of burped methane to date. Upon feeding, it takes effect immediately.”

The firm has suggested that the feed additive is also suitable for other animals, including deer, sheep and goats.

The company received full regulatory approvals in Brazil and Chile in September 2021.

Since then, it has signed a development agreement with one of the world’s largest food producers, JBS S.A.

European Commission approval would allow DSM to start market development in Europe in the first half of 2022.

Ivo Lansbergen, DSM’s president, animal nutrition and health, hopes the European Commission will approve the application “with speed so that we can offer a scientifically proven effective answer to the challenge of farming’s methane emissions”.

The company’s mission is to lead a “robust and achievable” transformation worldwide in sustainable animal protein production.