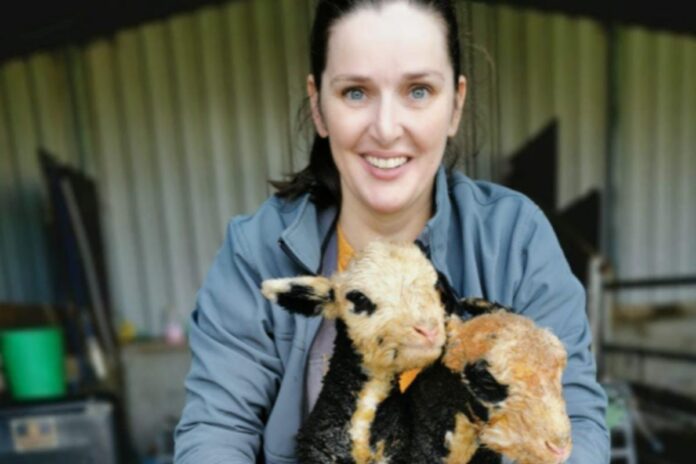 ‘I was told if you feed sheep in the morning early, they will lamb an hour either side’

In this week’s women in ag segment, That’s Farming speaks to Samantha Ginty of Sherlocks Town flock, a Dorset sheep breeder. We discuss her interests in Dorset sheep, building her own flock from humble beginnings, split lambing seasons, and her future prospects for the farm.

Samantha Ginty grew up on a suckler and calf-to-beef farm in Donadea, Co. Kildare.

Following her father’s death 25 years ago, her mother and sister continue to farm sucklers in their own right, while Samantha farms independently as a successful pedigree Dorset sheep breeder.

However, she is open about the challenges involved in establishing her own enterprise, with sourcing land to lease being one of the biggest hurdles.

Samantha considers herself lucky to have flexibility in terms of balancing her farm and work-life commitments.

She works full-time on a hybrid basis, and in addition to this, the office she is based in Is five minutes from her home.

In addition to full-time employment, Samantha farms a flock of Dorset, Dorset-cross and Kerry Hills.

Initially, her oldest daughter developed an interest in the Dorset breed, and Kerry Hills joined the flock through Samantha’s youngest daughter.

“I admire the traits of the breed, and look at characteristics such as the wool, ears and a foot in every corner. Like other breeds, I look for sheep with a good mouth, and a good carcass for the commercial breeder,” she tells That’s Farming.

“Personally, I am fond of Dorsets as lambs are you can finish lambs quickly. Furthermore, Dorset sheep have the ability to breed all-year-round. For me, I lamb in October, a few weeks after the National Ploughing Championships, and again at Christmas.”

“I believe the Dorset is a very versatile breed. The breed is huge in England and in Northern Ireland, and has signed many contracts with companies like Waitrose. As I am on my own, I prefer docile sheep, which as easy to handle. It is an advantage that they finish quick, too, as highlighted.”

After Samantha’s daughter initially introduced the breed to the family farm, Samantha made the decision to breed her bloodlines out, and start fresh.

Following this, she bought in-lamb ewes, which were in-lamb with either twins and triplets. The Dorset ewes can have three crops of lambs in two years.

“From two ewes, I had bred 15 lambs in one year. I do not put ewe lambs to the ram, only hoggets, which are over 1 year and 3 months.”

Generally, Samantha acquired her pedigree Dorset sheep from the south of Ireland, but this year, she made the trip to Northern Ireland. She acquired a lamb from a well-known NI flock, which had won the overall champion silverware at Balmoral Show.

When purchasing these pedigree sheep, Samantha calls on expert advice. When checking over sheep, she explains how she looks for sheep which are “fit, not fat”, and highlights how husbandry and genetics play a “huge” part in her foundation flock.

“Overall, my aim is to build the flock, in conjunction with improving bloodlines. I want to produce what a commercial, pedigree breeder is looking for.” 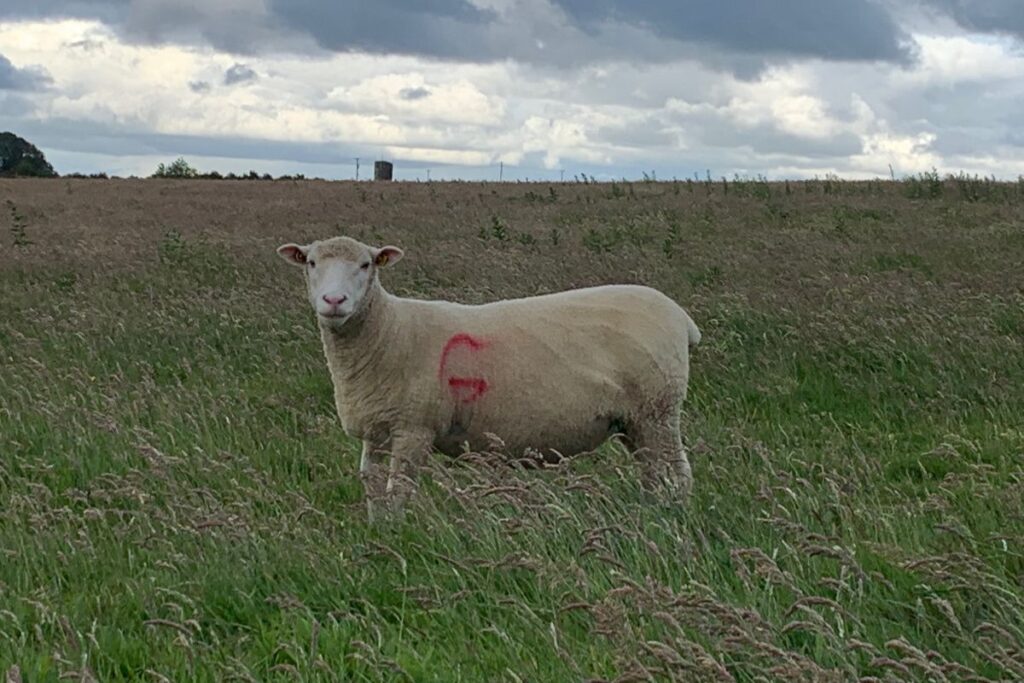 As mentioned, lambing takes place in October, whereby more mature ewes are lambed. The second batch of sheep, which comprise hoggets and Dorset-crosses are lambed at the end of December.

“At the end of April, we turned out the ram. Following scanning, we obtained an average of 2.1. 23 of the ewes were in-lamb, with the stock ram cleaning up the remainder of empty ewes. I am absolutely thrilled with this figure.”

“I lamb the flock outdoors. In years gone by, I learned an old trick from an older generation farmer. I was told if you feed the sheep in the morning early, they will lamb an hour either side.”

“For example, let’s say you routinely feed your sheep at 7 am. Your sheep should lamb between 6 am to 8/9 am. I have been following this for years, and it works for me.”

“I believe the sheep know you are around during these times, so they feel It Is safe. My sheep never or very rarely lamb in the middle of the night.”

Furthermore, because Dorset sheep come in season naturally, there is no need to sponge, as a compact lambing season occurs naturally for this breed. The ram usually tips the ewes within three weeks of turnout.

Samantha strives to produce a “nice” lamb, with a good head and feet, with a “great” carcass and confirmation.

She desires to carry forward traits in progeny, which will allow commercial buyers to finish lambs rapidly and efficiently.

“This year, the progeny will be sold on as ewe lambs. However, I plan to retain some hogget rams for a show and sale next year.”

“Last year, I had very few ewe lambs. I bought four or five replacements. I will put a hard cull in place if I believe that offspring are not up to spec and the lambs are not good enough.”

“Overall, I love pushing the breed forward, representing all types of breeds, and how they all have a place in the market.”

“Besides, I am the secretary of the National Sheep Breeders’ Association. The association will have a stand at the National Ploughing Championships this year, which will display 19 different sheep breeds across Ireland.” 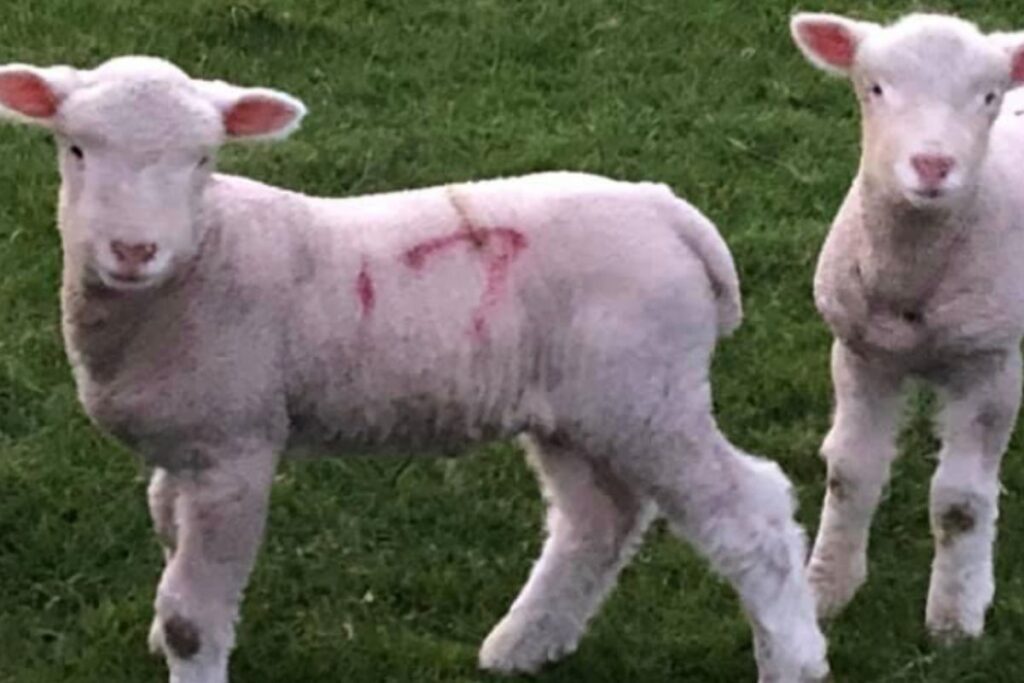 Plans for the future

Her plans for the future entail increasing ewe numbers and increasing her sales of pedigree Dorset hoggets and ewe lambs.

As a result of her current holding being extremely fragmented, she also plans to extend the farm closer to home. This is part of her plan to constantly improve her current thriving enterprise.

In five years’ time, Samantha aims to continue to produce good quality sheep and further inform the public about the farm-to-fork movement.

“I believe people need to be more informed. It is not entirely about living from vegetables. We can not let our heritage move out. In addition to this, we need to inform the public on wool and its requirement as a viable alternative to synthetic.”

Samantha continues, “I see the future of agriculture as rocky in the short-term”. This is until we know what is happening exactly with environmental rules and regulations. We know what we are doing.”

“Generally, as farmers, we will listen to people and continue to produce food in a sustainable manner. We should be aiming to promote Ireland as green, which is not always perceived in the public eye,” the Dorset sheep breeder concludes.