That's FarmingThat\'s Farming Irelands Largest Farming News, Properties and Classifieds Network
HomeBeef‘It is nice to see your own cattle after spending the week... 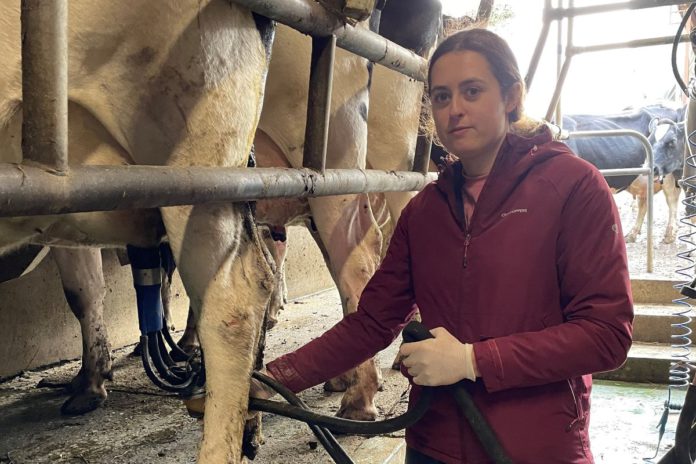 “I believe it is very important when establishing a herd to have good females starting off as they are the foundations for many generations.”

Those are the words of Emma Clancy, a full-time mixed animal vet in Co. Carlow, who recently established her own pedigree Hereford herd under the Cluain Tar prefix last year.

Last summer, she purchased one maiden heifer, Allowdale Curly Cora from Allowdale Herefords in Kanturk, Co Cork, before acquiring a second female, Kye Holly, at the Tullamore autumn sale; she was the highest-priced horned heifer at the society’s sale.

“Both these heifers were put in-calf to an easy calving bull, Cill Cormaic Kasper and are due to calf in August. Recently, I purchased an in-calf heifer, again from Allowdale in Kanturk. She calved down in April with a lovely Allowdale Apache, daughter,” she told That’s Farming.

“I want to breed some of the heifers with Kilsunny Pierre in the future as he boosts some very good lines,” the pedigree Hereford breeder added. 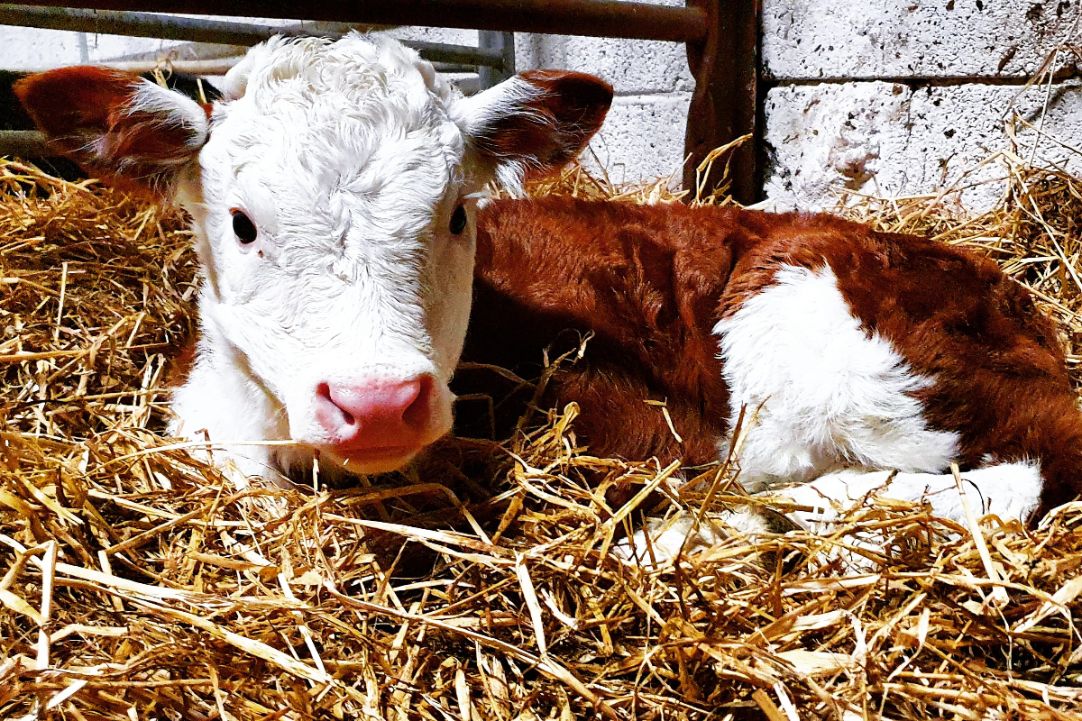 Experience with breed in dairying capacity

Her plans are to increase the herd size by purchasing more heifers with proven pedigrees from other well-established herds and retaining any females born within her herd.

“I think the main market for the bulls will be other dairy farms, as Herefords are becoming more popular given the higher-value calf. They also boast a short gestation and easy calving.”

“I think we have a good idea what dairy farmers are looking for as we have experience with the breed and using them on Friesians. Herefords are an easy breed to work with as they are very docile, good mothers and are able to weather the elements.” 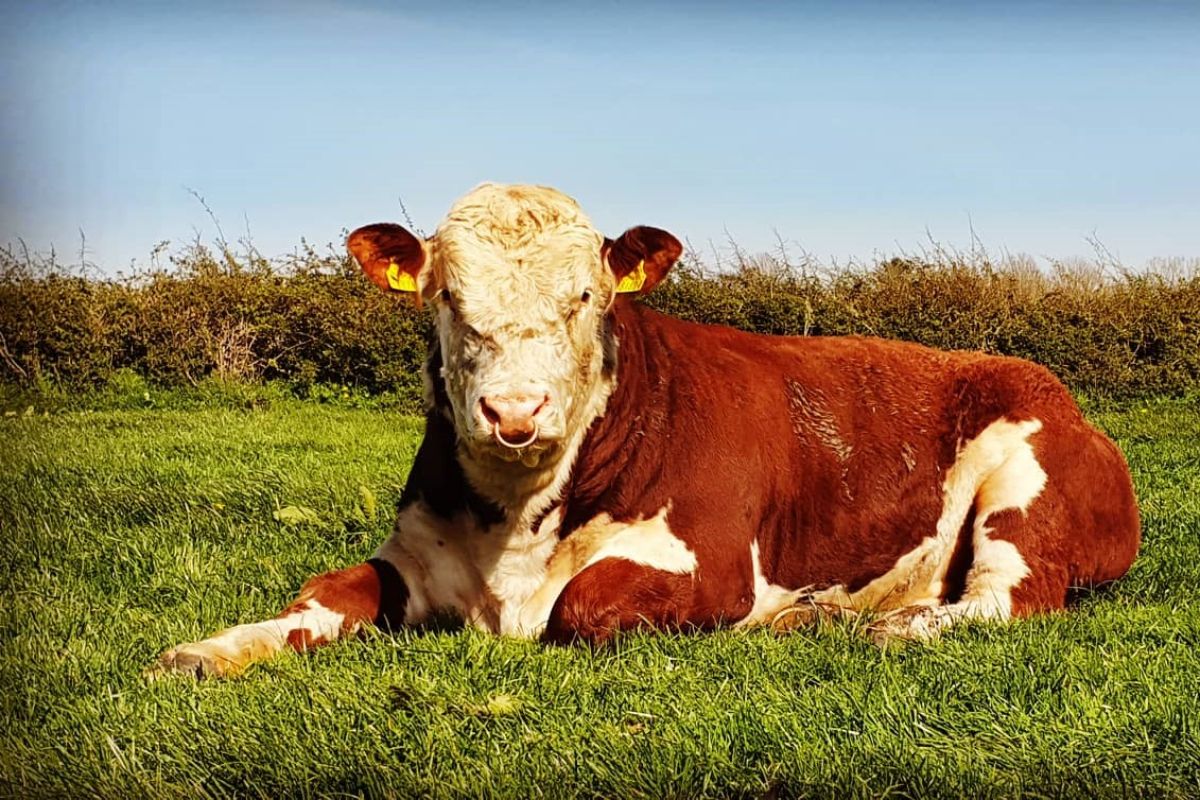 Emma runs her herd on the same holding as the family’s dairy enterprise, based in Newcastle, 15kms from Clonmel, Co. Tipperary, with her parents, Gilbert and Kathleen.

The family milk 100 cows, operating a split 50:50 autumn: spring calving system. “This suits us because it halves the workload. I am available more in the autumn also with the majority of calving going on in spring for most farmers.”

In the autumn, cows calve down to mostly AI Friesian sires before a team of Hereford bulls mop for the remainder of the season.

Calving usually begins in mid-September, running through to the start of November. All spring-calvers calve to Hereford bulls from mid-January to the end of March.

“Since milk quotas have been abolished, milk production has doubled. We now milk 100 cows producing 700,000 litres. The focus has been on breeding high-yielding Holstein Friesians with good solids.”

They have based this on the model UCD Lyons Farm follows, which is a high-input high-output grass-based system, feeding concentrates at 1.5t meal per cow on average and having a high stocking rate on the milking platform.

The EBI of the herd is €127 for milking cows and €180 for replacement heifers. The family sells all calves, both dairy-beef and Friesians and retain 15-20 heifers as replacements annually. 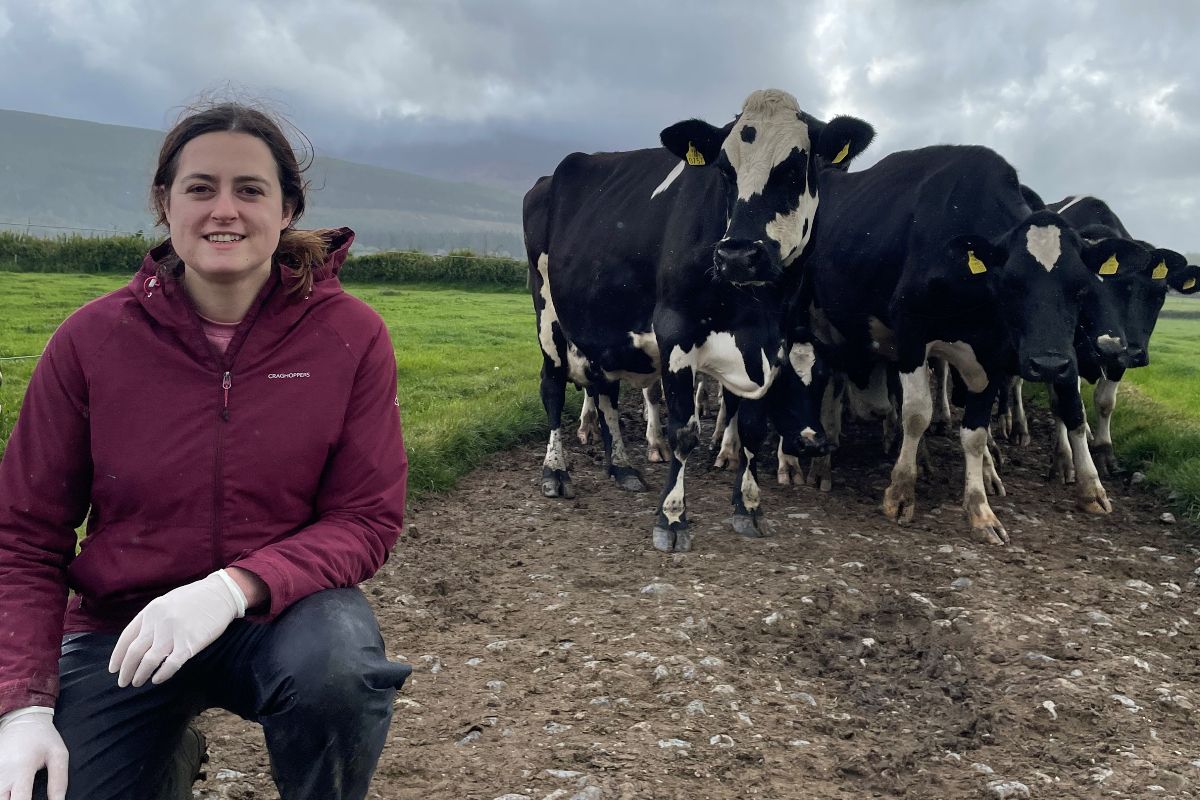 They utilised sexed semen this year for the first time and also used a synchronisation programme on all heifers and 15 cows. This yielded “good” results, with conception rates of 70% in heifers and 50% in cows.

“I think we will use it again next year but might change it to two rounds with heifers and not bother with the cows. I think it is a good addition because it makes better use of your bulls and reduce the number of Friesian bull calves, so at least all the cows are carrying valuable calves.”

“We calve down most of the heifers at 24 months with any that do not go in-calf carried over to the spring-calvers. This year, we carried over 2 out of 20.”

The family farm 125-acres, which includes a 70-acre home farm, while they lease an additional 55-acres, for replacement heifers, calves, sucklers and silage

In recent years, they extended the milking parlour, upgrading from an 8 to 12-unit herringbone and are currently incorporating automatic cluster removers.

“We do not have any plans to increase the herd further but rather make the farm more efficient and more worker-friendly. To note, we added 50 cubicles to an existing shed last and plan to roof the shed this year; we also intend to and upgrade cubicle houses,” Emma added. 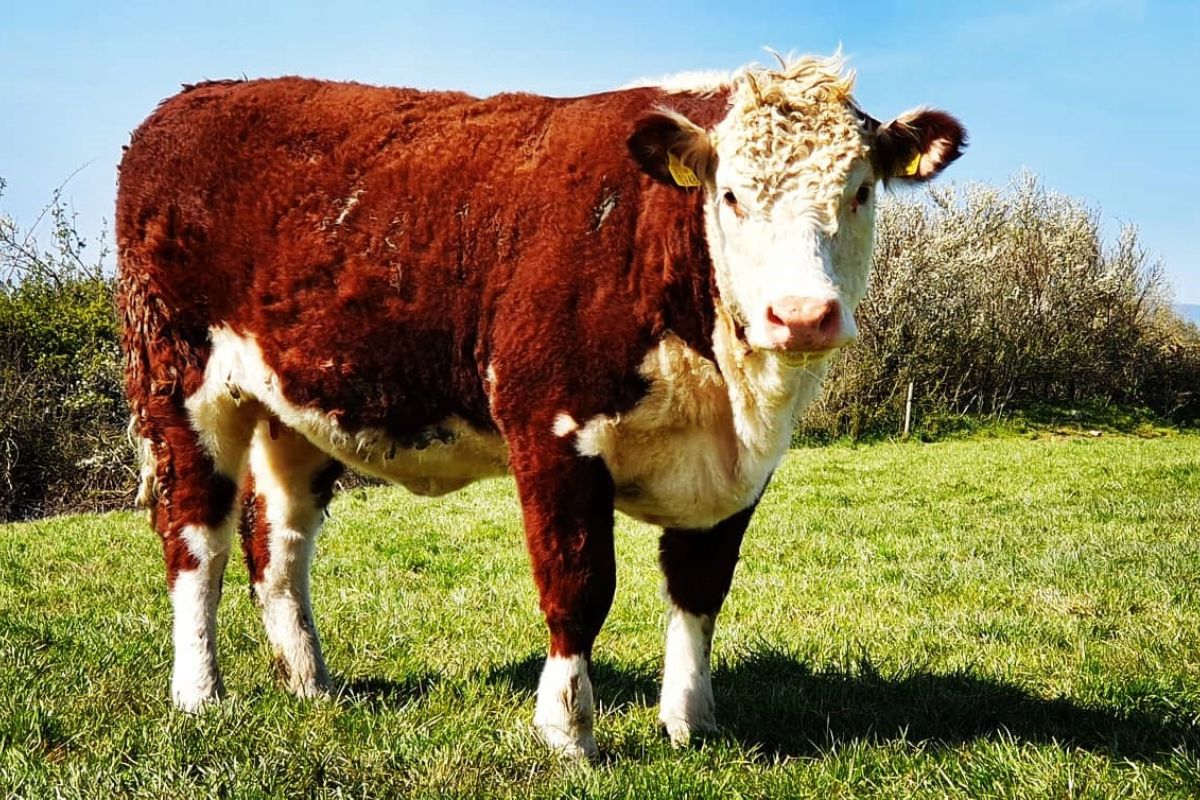 “I think over the last few years, we have really focused on preventative medicine, which my job has influenced. For example, we have started using respiratory vaccines for calves and jackets in the cold weather, which has significantly reduced pneumonia in them.”

“Also, we had a big problem with milk fever in the cows, which has been reduced by a calcium bolus and nutritional advice for dry cow diets.”

“We have turned away from routine dosing and always get faecal egg counts done and base our dosing off that. Glanbia oversees our bulk tank milk samples. In general, herd health is very good, although you will always get problems.”

“I think in the coming years, this will become very important on all farms, as the use of antibiotics etc., is going to be more restricted.” 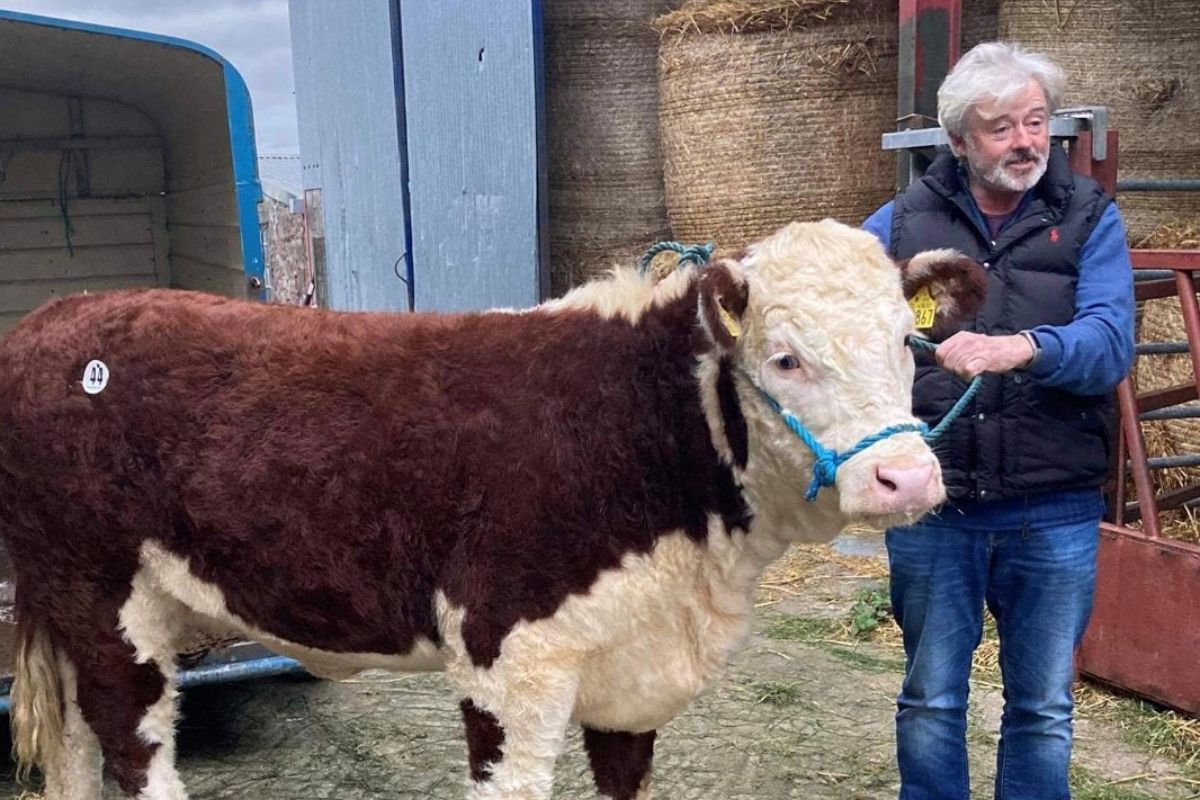 Better as opposed to bigger

In terms of their own farm, Emma intends to improve both the suckler and dairy herds, focusing on genetics and increasing efficiency through good management.

“Our goal is to get better rather than get bigger, improving milk solids and yield through breeding but also not losing fertility in that process.”

“Concerning the Herefords, it is nice to come back home and see your own cattle after spending the week treating everybody else’s,” the pedigree Hereford breeder concluded.