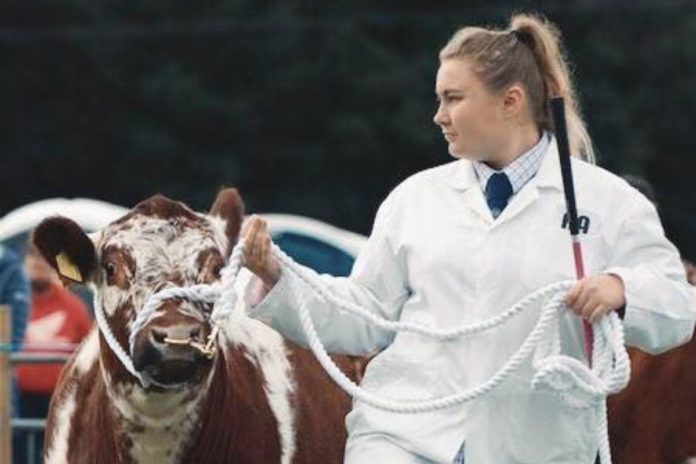 The Armour family run a small herd of Irish Moiled cattle, along with upwards of 40 commercial suckler cows.

Trevor runs the farm with the help of his two sons, Robert and Alex, and daughter Rachel.

The family retain all cross-bred heifer calves as replacements. Besides, the Maghera, Co. Londonderry farmers sell bull calves as stores, usually at Draperstown Mart in March/April. Besides, they occasionally finish an odd one to put into the freezer. 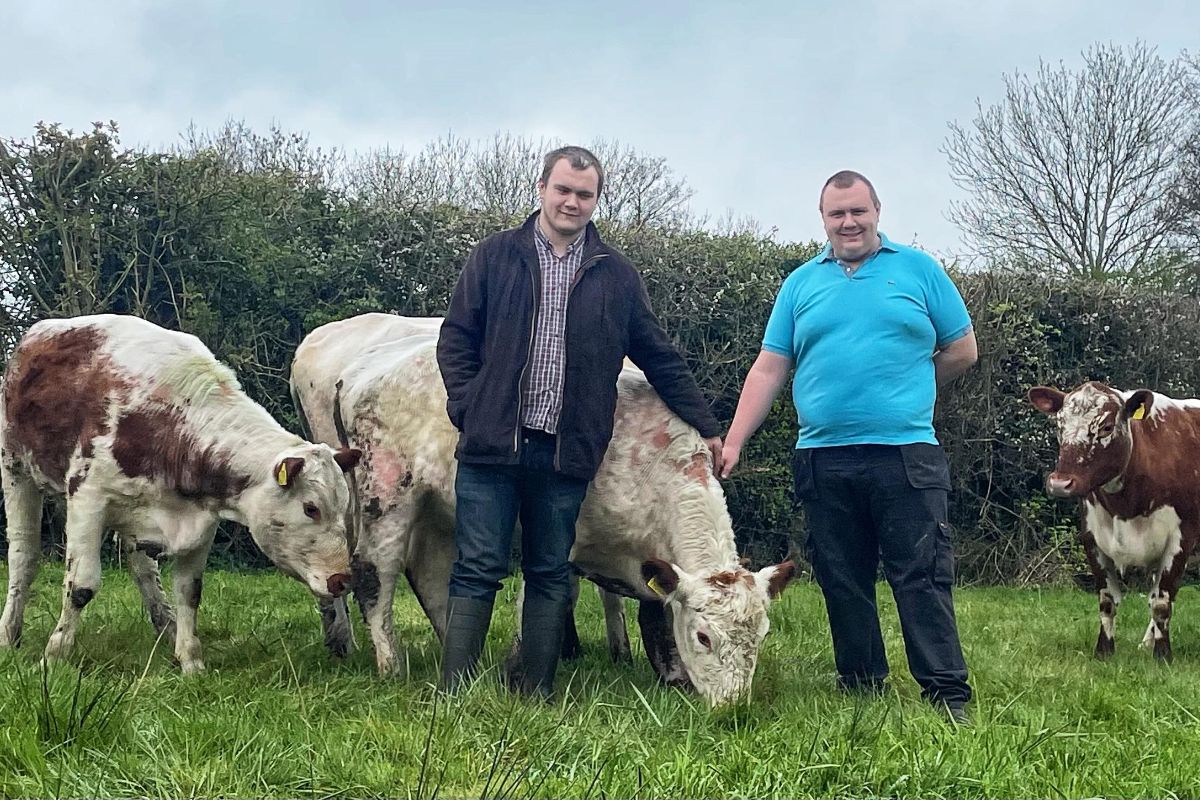 When the family introduced the Irish Moiled bull to the cows, he went straight to work. Within a noticeably short time frame, he was able to catch all the females, which has helped tighten up calving over the springtime.

The Armours like to calve all their cows in March and then the heifers in May.  Smaller birth weights meant no assistance was required, less stress on the cattle, and that was especially true of the first calving heifers.

The colours of the Moilie came through in the calves, which in the present time, “trade is buoyant for anything with a bit of colour”.

Irish Moileds are a polled breed, and by using an Irish Moiled on crossbreds means the first cross will not have horns, cutting down labour and stress of having to dehorn youngstock. 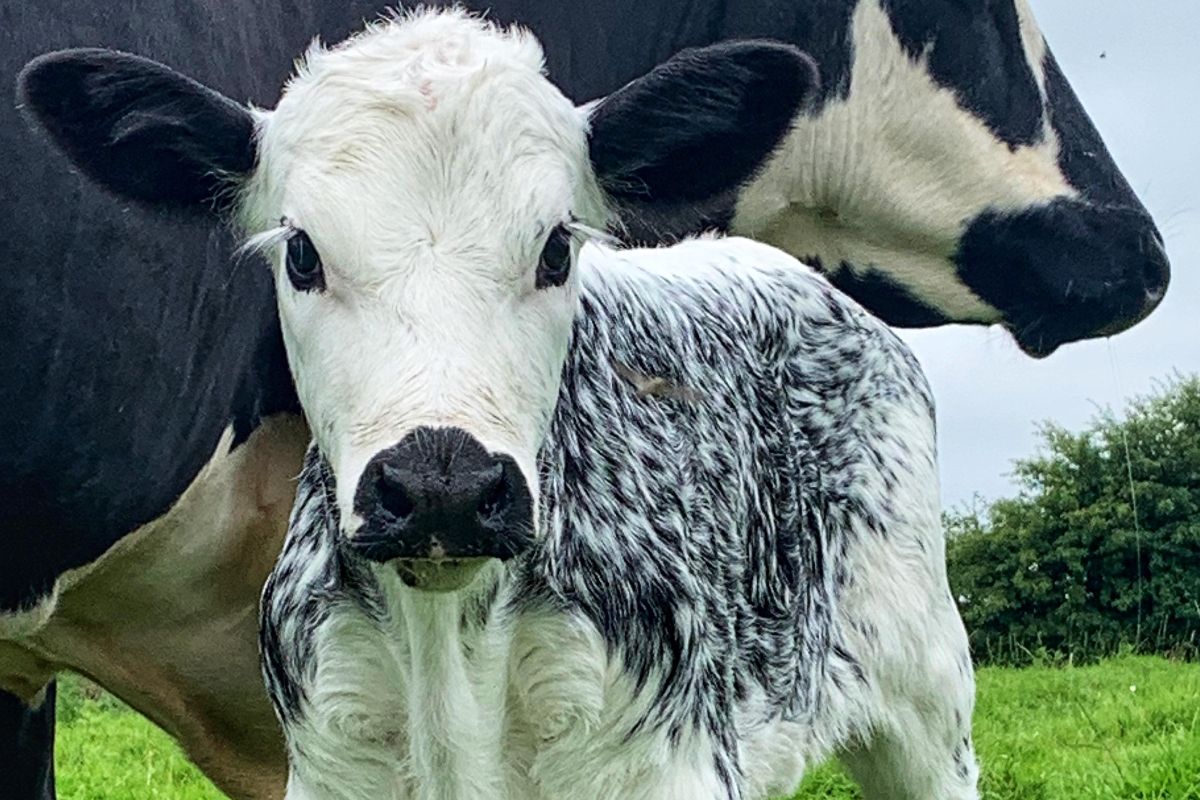 Trevor’s daughter Rachel was the person to get the family involved with Irish Moileds. In 2015, she spotted Irish Moiled cattle at the Rare Breed and Traditional show held at the Ulster Folk Museum, Cultra.

She made it her business to find out as much as possible about the breed. Rachel offered the following year to help show Moilies for any willing exhibitor who would let her show them.

The Irish Moiled breeders were only too happy to encourage young people and allowed Rachel to show in classes at Balmoral show; she became totally smitten.

She eventually won her father over into purchasing her first Irish Moiled in 2016 for her 21st birthday. Beechmount Lily was a strong well-marked heifer from Robert Boyles’ Beechmount herd.

Furthermore, she joined the Irish Moiled Cattle Society registering her Irish Moiled calves under the Beagh prefix. This is where the love for the breed truly began. 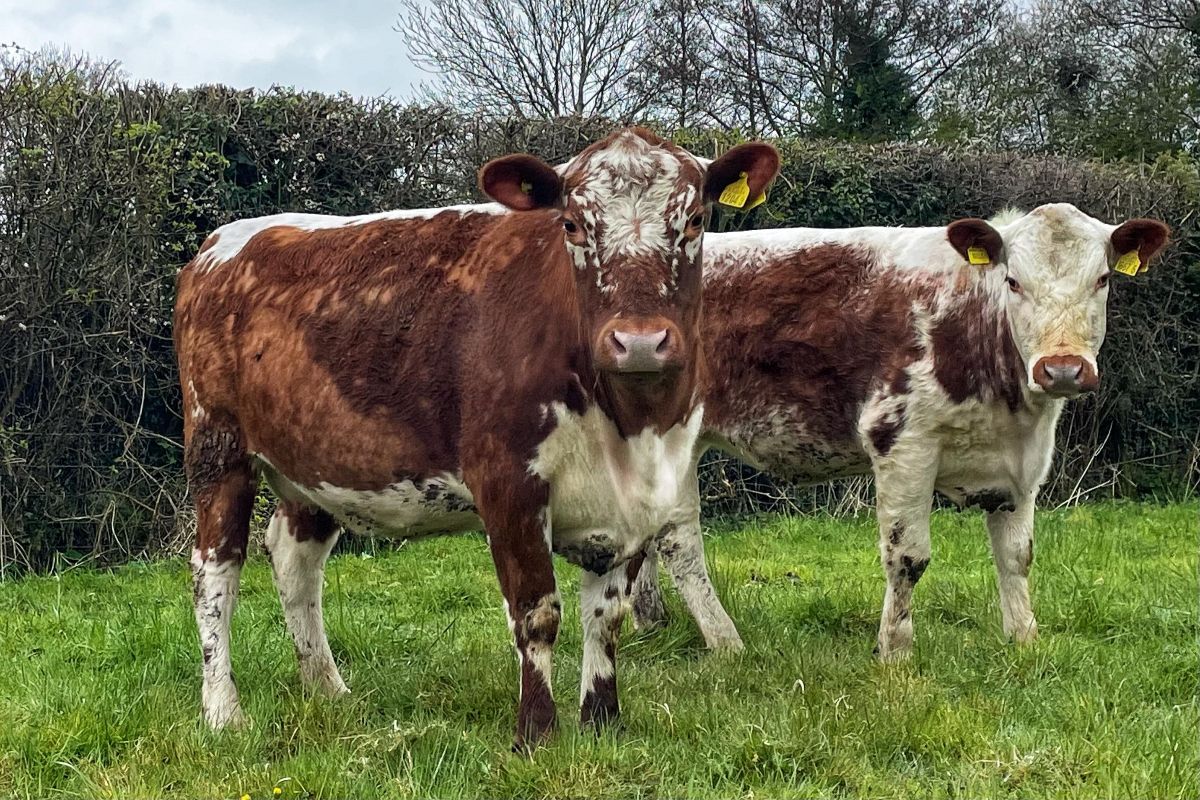 Rachel had shown other cattle breeds in the past for different people but found the Irish Moileds to be something different. They were “inquisitive and had loads of character, totally different to anything” they had ever had on the farm before.

Cattle come and go on the farm, but now Rachel’s father and brothers refer to the Moilies as ‘Rachel’s cattle’. 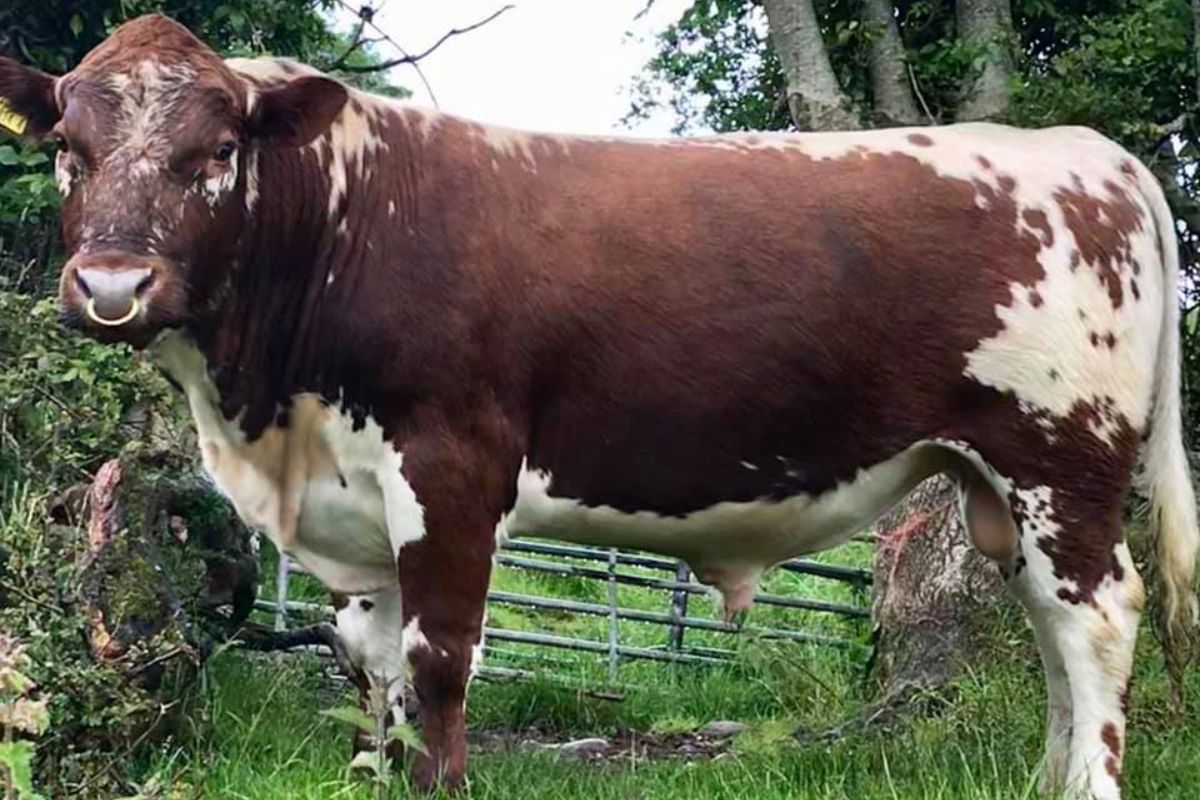 Rachel has had numerous successes in the show ring up until last year when Covid-19 cancelled all agricultural shows. 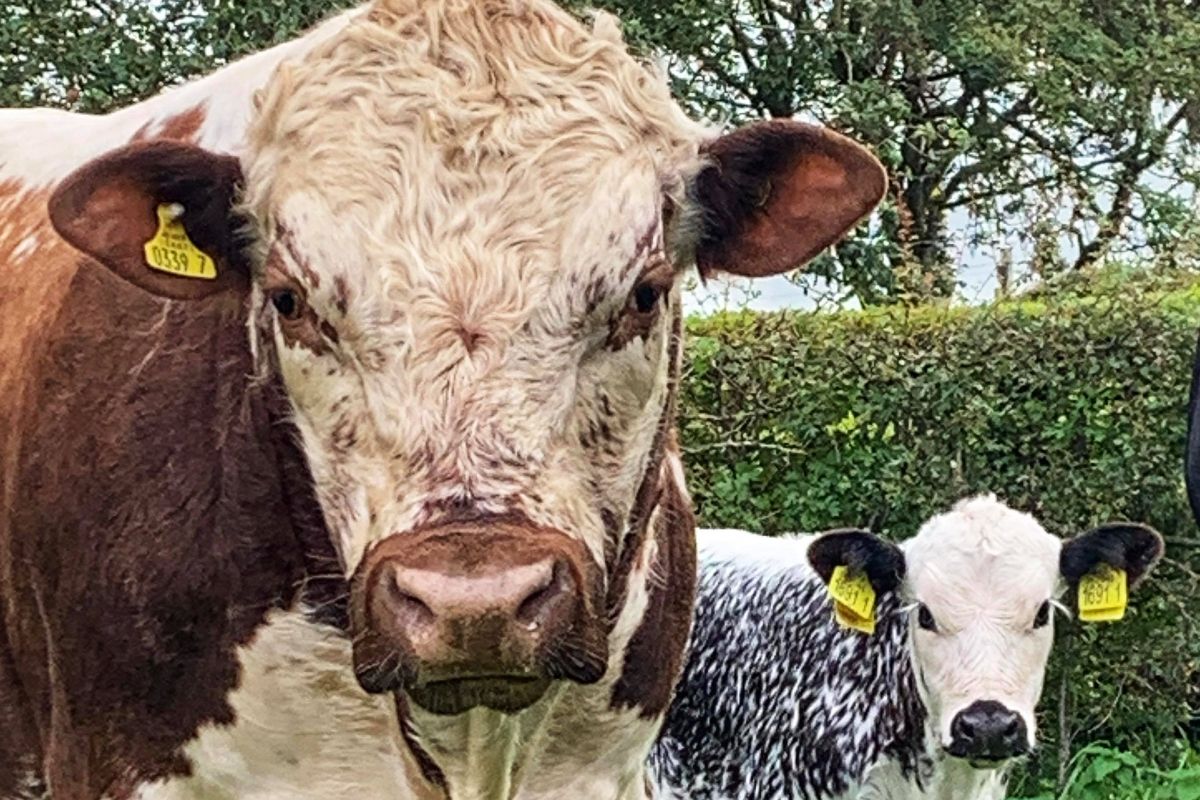 Rachel says being part of the Irish Moiled breed and the society has “taught her a great deal and has taken her to places she could never have dreamed of”.

Her highlight was representing the Irish Moiled Cattle Society at the National Young Stars Malvern, in which her team the, Mighty Moilies, won.

She, along with two other girls, went on to represent GB by being part of the young stockperson’s team at The Royal show Toronto, Canada.

A TV crew also followed the young farmer for a year for a programme called ‘Keep er Country’. She did not miss the opportunity to promote her beloved Irish Moileds. 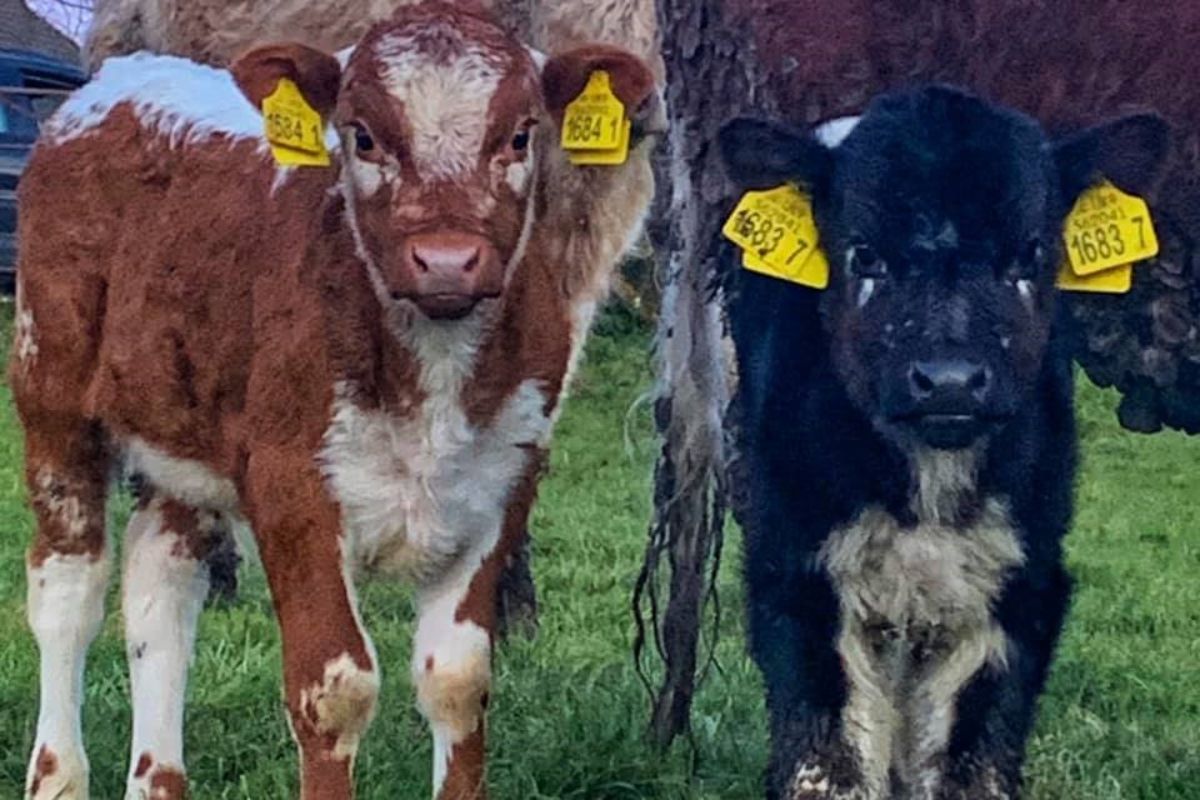 The Irish Moiled Cattle Society are once again having an online timed auction through Harrison & Hetherington, Auctioneers, Carlisle taking place from Thursday, May 6th to Saturday, May 8th.

A society spokesperson told That’s Farming: “The Magnificent Moilie Spring Sale will give both the commercial and pedigree person the opportunity to buy some of the best Irish Moiled bloodlines. “

Have your say: How long should subject sellers have to accept...