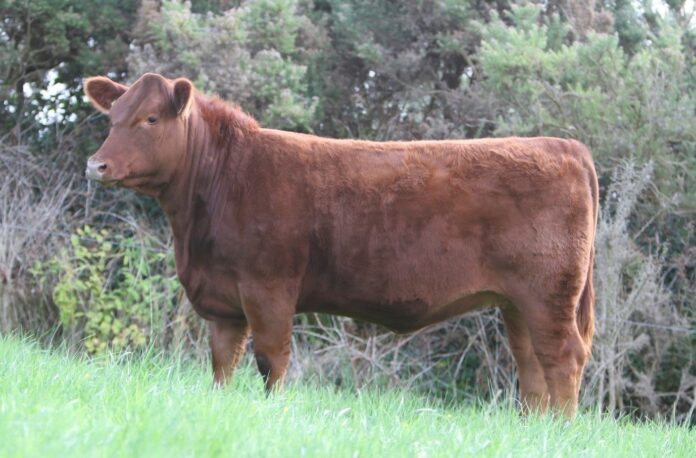 The Irish Aberdeen Angus Association will play host to a new event in the form of its Autumn Extravaganza.

The association will intertwine its premier sale and national calf show at Mid-Tipp Mart, Thurles, during the weekend of October 8th and 9th, 2022.

Heading off the event on Saturday, October 8th, 2022, is its Genetic Excellence Premier sale.

According to the association, the sale comprises 55 pre-selected Red and Black Angus lots.

“Included in these is a catalogue of power-packed pedigrees with many high-end show winners from throughout the summer.”

“Whether it is performance, pedigree, quality, or a mix of all three you are after, this re-branded premier certainly got you covered.”

The sale will see a draft consignment from the Liss Aberdeen Angus herd of John and Sean McEnroe.

Dating back to 1953, the herd is one of the oldest Angus prefixes registered in Ireland.

The 95-cow herd is rooted in the guiding principle of producing honest, hard-working cattle that meet the commercial reality of the typical beef and dairy consumer.

This year’s draft is the first major offering from the herd since 2008, when their reduction sale smashed records.

Along with topping two of the three association’s spring sales this year, the herd had a clean sweep at summer shows, cumulating with winning the male, female and supreme titles at the national livestock show in Tullamore.

In total, the McEnroe family will offer nine select heifers, eight of which sell in-calf.

Finishing the premier, seven champion bulls will be offered for sale. These lots include both club calf champions and reserves, the All-Ireland junior champion and Tullamore male champion.

As further incentive for buyers, purchasers of the two top-priced bulls on the day will receive €500 back due to the kind sponsorship of Angus Beef Ireland.

Furthermore, the Irish Aberdeen Angus Association will also sponsor two €500 vouchers for the purchasers of the two top-priced heifers.

Breed Secretary of the Irish Aberdeen Angus Association said, “After visiting all sale lots for pre-sale pictures, I was blown away by the quality on show.”

“The catalogue boasts all the best producing family lines in the breed, not just here in Ireland but right across the world.”

“Many of the sale entries already have a proven track record on the show scene, while others are sure to breed the next generation of sale toppers.”

“The premier sale is certainly one not to be missed as I do not think we will see a sale with such quality again for some time.”

The catalogue for the sale, along with pictures of each lot, is available on irishaberdeenangus.marteye.ie

Animals will be paraded live through the Irish Aberdeen Angus Association Facebook page from 1.30 pm on Saturday, October 8th, for those who cannot be there in person.

Any animals purchased by buyers outside of Ireland will be taken home by the breeder until appropriate testing is complete.

All 53 sale lots born on or after January 1st, 2021, are automatically entered for the association’s national calf show the following day (Sunday, October 9th), which will allow the animal’s new owners to show them.

This calf show boasts a record €10,000 prize fund thanks to several key sponsors.

In total, 120 of the “country’s best Angus cattle” will battle it out for the title of AXA Supreme National calf show champion.

Animals which make it to the top of the line in their class will go into sectional championships before the supreme championship.

The chosen animal that goes the whole way will then receive a massive €1,000 in prize money.

What makes this show special, is you, the buyer, have the chance to buy a champion on Saturday, show them the next day and within 24 hours, recoup your investment.

Murphy added: “If your chosen animal was a high seller and is awarded the title of supreme champion, it is a massive €1,500 back into your pocket.”

“A massive thank you must go to all sponsors and exhibitors who have backed the event from the get-go.”

“With the incentive for sale lot buyers to show the next day to recoup some of their investment, we are hoping to entice more new breeders, both young and old, to get out showing and see what it is all about.”

“Members of the Irish Aberdeen Angus Association will be on hand to help in any way possible, and together we will ensure that the Autumn Extravaganza is the Angus event of the year,” Murphy – who bred the €13,200 Mercury Red Unbeatable Kim ET – concluded.

- Advertisement -
Previous article
‘I do not think ag contracting is going to be viable without changes’
Next article
€8,500 Chocolat daughter tops Tateetra and Rathmore’s annual sale