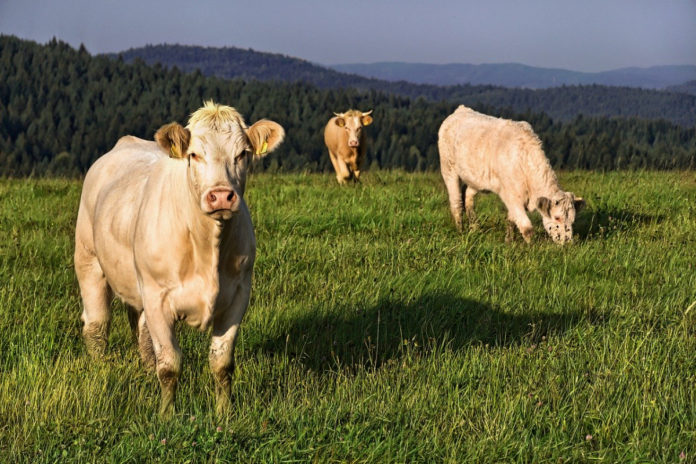 Reducing the age at first calving within suckler herds is a “win-win,” attendees of a beef event heard last week.

Colin Byrne told attendees of Teagasc’s national beef conference at the Shearwater Hotel in Ballinasloe, Co. Galway, on Tuesday, December 13th, 2022, that just 24% of beef heifers calve for the first time between 23-26 months of age.

He explained that this contrasts with the top 10% of commercial suckler enterprises and suckler research farms consistently and successfully calving 100% of beef heifers between 23 and 26 months of age.

According to Byrne, “75% of beef heifers in Ireland are unproductive for a year longer than they should be”.

He told the conference that reducing the age of first calving from 36 to 24 months nationally can bring about a reduction of 0.6t of CO2 emissions per cow.

Teagasc research shows that a heifer calving for the first time at 36 months of age consumes 65% more grass, 96% more silage and 33% more concentrates than an equivalent heifer calving at 24 months.

He outlined that calving earlier has a raft of advantages, such as increasing profitability and reducing an enterprise’s carbon footprint.

Byrne explained that meeting weight for age targets and bull selection are “key” when it comes to successfully calving heifers down at an earlier age.

He acknowledged that some farmers must overcome barriers to reduce the age at first calving and then some common misconceptions.

He said that some people are of the view that “these heifers may be difficult to calve”, while others believe “they will be stunted their whole life and that it will stop her from reaching her full cow potential,” that they “will not last long in the herd” or “will not go back in-calf”.

In dispelling these myths, he presented a table, which compared heifers calving at 23-40 months of age, in respect of calving intervals, mature cow weights, calving ability and average calving difficulty of bulls used.

Crosson then shed light on an analysis he conducted based on a 40-hectare, spring-calving, suckler calf-to-weaning system.

In it, he reviewed the economic and financial performance when calving heifers at 24 VS 36 months of age.

He explained that cow numbers will change in the analysis based on what a 40ha farm can feed.

“This results in a lower cow ‘carrying capacity’, and thus a reduction in the number of progeny available for sale; this has a negative impact on gross output.”

The greater gross output from a system calving at 24 months compared to 36 months also means that the GHG emissions from this system are associated with more kgs of live weight, he added. 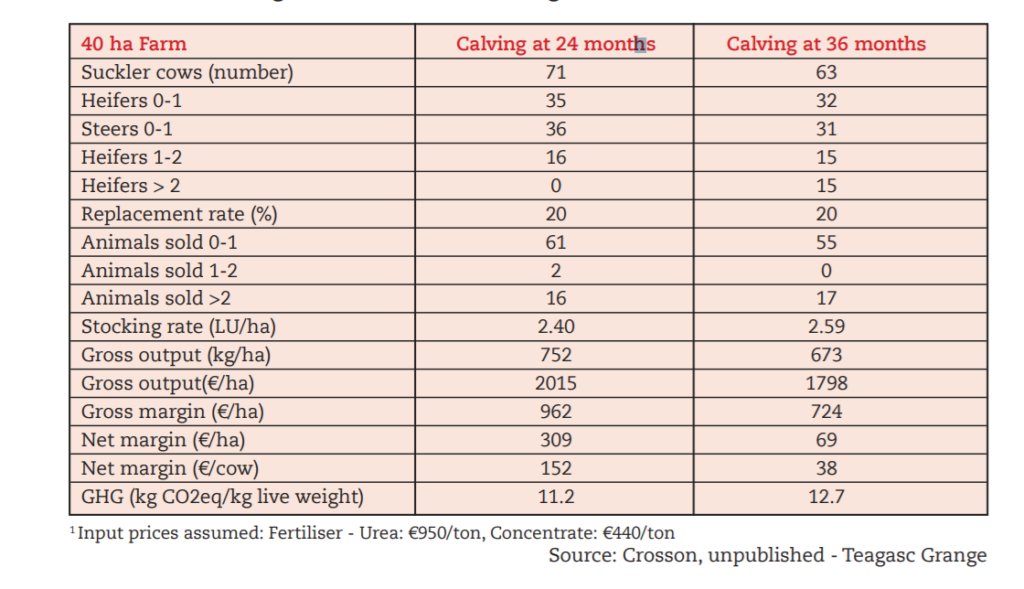 Read more articles from this conference on That’s Farming.

- Advertisement -
Previous article
‘The future is good for the sheep sector, but costs are crippling’– part-time 320-ewe farmer
Next article
Winning bid of €1,400 to take mart staff member on a date