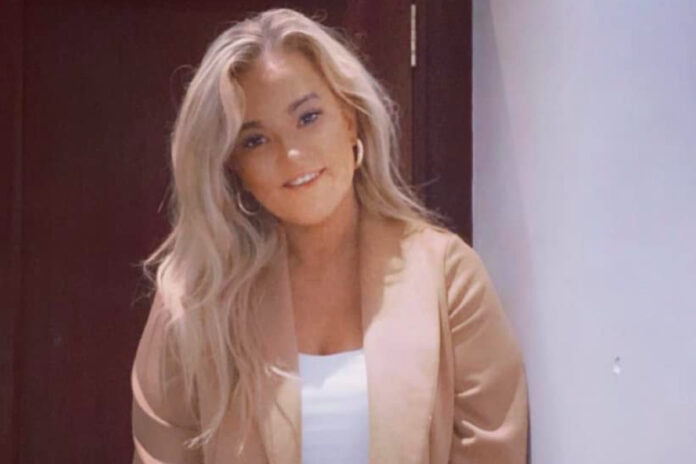 Winning bid of €1,400 to take mart staff member on a date

An undisclosed buyer forked out €1,400 earlier this afternoon (Monday, December 19th, 2022) to take Carnaross Mart’s Jessica Morgan on a date.

Renowned livestock auctioneer, Rodney Windrum, was on the rostrum for ‘the sale’, which sparked a bidding war between prospective in-house and online purchasers.

At this point, the auctioneer eventually declared Jessica, an Ardee, Co Louth native, ‘on the market’ and a final rapid-fire bid of €1,400 was placed.

During the sale, which began just after midday in ring 1, the auctioneer reminded the audience that “it is all for a good cause; all for charity” and that “a bucket was circulating for donations”.

Last week, the mart announced details of a ‘Take Me Out’ event involving one of its staff members in aid of Down Syndrome Ireland.

A spokesperson for the mart said: “As part of an ongoing tradition here at Carnaross Mart, we would like to give something back to the community as a token of our appreciation for this past year, but this year, there is a twist.”

“Ladies and gentlemen, we would like to present to you, Carnaross Take Me out.”

“As most of you already know, our Jessica, a part of our valued mart office staff this past two years, is offering one lucky man the chance to ‘take her out’’  Carnaross Mart style.”

“Put your best foot forward and your highest bid up to our auctioneer for the chance to take out our Jess.”

“All proceeds are going to Down Syndrome Ireland. So ladies and gentlemen, keep your eyes peeled and your wallets open for ring 1 at 12 o’clock on Monday, December 19th, 2022, for the chance to buy.”

The spokesperson concluded: “As another busy year at Carnaross Mart draws to a close, we at Carnaross Mart would like to thank all our customers, whether they bought or brought, wholeheartedly for their custom throughout 2022.”

- Advertisement -
Previous article
‘Net margin is only €38/cow if calving at 36 months of age’
Next article
Fodder scheme: Advance payments of €30m for 67,000 farmers