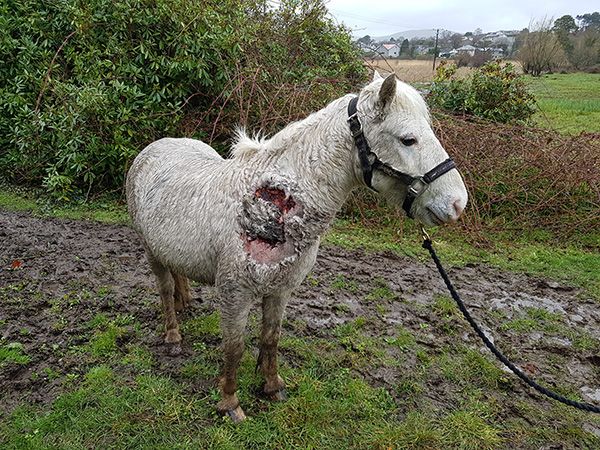 The case stemmed from an incident in March 2019 when ISPCA chief inspector, Conor Dowling, responded to a report about an injured pony in Ferrybank, Arklow.

Dowling gave evidence to the court of visiting and seeing several ponies.

He said that it was immediately obvious that one of them had an extensive injury to its neck. However, he said it was impossible to give a precise cause of the injury.

Dowling seized the injured pony and enlisted the support of Irish Horse Welfare Trust to remove it for urgent veterinary treatment.

Giving evidence in his defence, the accused said: “The land comprised of 40-acres, eight to ten-acres of which was dry land and the remainder marshy ground which he asserted could not be fenced”.

He claimed to own only three ponies on the land, which were not found to be a concern. Also, he denied owning the injured pony, saying that it must have wandered onto his land.

He told the court that “he was made aware that there was an injured animal on his land some days prior to its seizure but claimed to have been unable to locate it”.

Under cross-examination by Rory Benville, State Solicitor, Mr O’Broin conceded that none of his equines were microchipped.

He claimed to have seen the pony in question before it was injured. Also, he admitted that it may have been on his land for “a good few weeks”. Benville put it to the accused that his account was “simply not credible”.

In ruling, Judge David Kennedy said that he had an issue with Mr O’Broin’s credibility and that his account changed over the course of his evidence.

Judge Kennedy convicted Mr O’Broin of one offence under section 11 of the Animal Health and Welfare Act 2013, with a section 12 offence taken into consideration.

He imposed a three-month custodial sentence, suspended for one year, a €100 fine, and ordered that Mr O’Broin pay €1500 in costs.

Also, he made an order forfeiting the pony to the care of the ISPCA.

Later named Kay, the pony began responding to treatment for her injury, which was extremely badly infected.

Not long after her rescue, she gave birth to a healthy foal, named Poppy 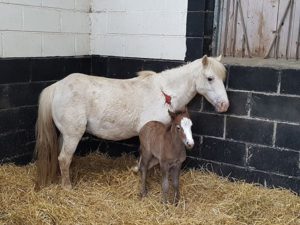 ISPCA Chief Inspector Dowling said: “Owners have a legal duty to provide for the animals in their care. Turning a blind eye will simply not be tolerated.”

“Thanks to the assistance of the IHWT, we were able to remove this pony immediately before her injury deteriorated any further. Thankfully, she made a full recovery.”