That's FarmingThat\'s Farming Irelands Largest Farming News, Properties and Classifieds Network
HomeEditor's Picks‘I would be far better off in a 9-5 job, but I... 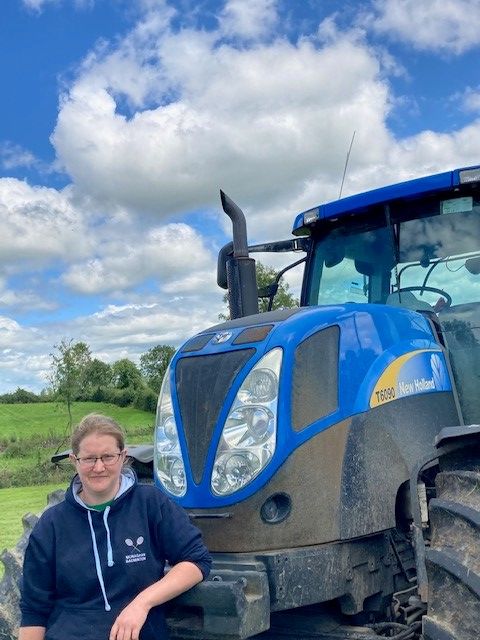 ‘I would be far better off in a 9-5 job, but I have the farming disease’

Daphne Scott was just 14-years-old when she established her own business, Precious Pets, which she still continues to run to this day.

The 29-year-old, who resides outside Cavan Town, grew up on a dairy enterprise with her two older brothers. She has been passionate about farming from a tender age and never considered a career in any other sector.

“My earliest memories are of sitting in the meal barrow as a toddler playing with the meal while mum and dad milked the cows in a tie-up byre.” Daphne Scott told That’s Farming. 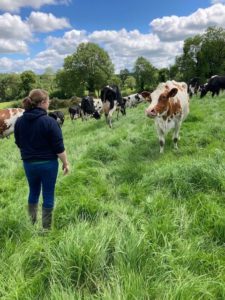 The third-generation farmer graduated in 2013 and worked with Grassland Agro as a sales representative for two-and-a-half-years before returning home.

Hailing from a dairy background, her sheep farming venture began when she purchased three ewes for her mobile pet farm. “We never had sheep on the home farm. I just took a liking to them. It has been a big learning curve.” Daphne laughed. 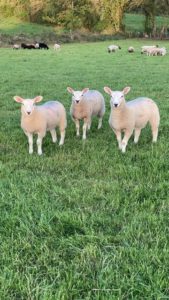 In 2018, she purchased her own land behind home and now owns 25-acres of her own and rents a further 20-acres.

“Raymond took over the farm nearly 20 years ago and runs a 120-cow dairy herd. My father, David, still helps out, and I do relief milking and help out as much as I can.” 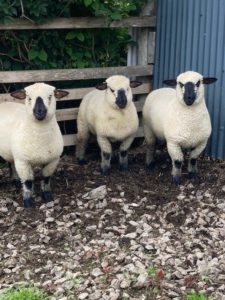 Daphne lambs approximately 50 ewes from January through to February, while the remainder lamb from the beginning of March.

“Pedigree ram lambs are sold as breeding lambs, and commercial lambs are finished on-farm, if grass supplies allow. The majority go to the factory or local butcher.”

“I try to feed as little meal as possible to keep costs down. Also, I have small fields on my land and nearly have them all fenced off for paddock grazing.”

“Soil fertility was very poor when I started, so I have been applying 18.6.12 and cattle and pig slurry. Lime was also applied, and a small amount of reseeding was carried out. The plan is to undertake more drainage works in the future.”

“There is a lot of work with sheep, and some of it can be very physical on your own, but it saves having to go to the gym.” 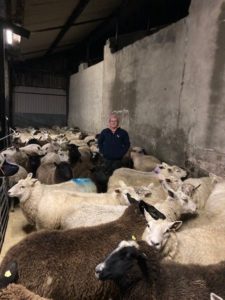 Time can be an issue at certain times of the year, but Daphne’s mother and family help out when required.

2020 was a quieter year than usual for the farmer and business owner, due to Covid-19 restrictions.

“I have never had as bad a year in the boarding kennels since I started. No one was allowed to go anywhere, so there was no need for my service. I started with boarding kennels only but now offer cattery, pet supplies, grooming and a mobile pet farm.”

“My busiest period is from May to September with the kennels, so lambing fits in good enough. Sheep are out on grass when the busy season hits.” 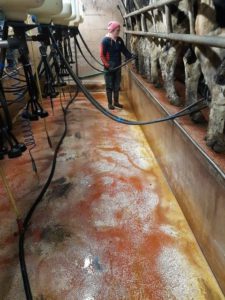 Looking ahead, Daphne wishes to expand her thriving enterprise and gain access to more land. She purchased two sucklers in spring 2020 and has since acquired an additional four springing heifers.

“I would love to have a small suckler enterprise as well; however, my facilities are very poor, and I have no slatted shed. I have been approved for a grant on a slatted shed – I will just have to talk to the banks nicely in the coming year.”

However, she would like to improve her flock’s performance, with her sights set on increasing her ewe’s scan percentage to 200% and to wean 1.9 lambs per ewe.

“It’s great to read more articles about women farming, even though some people say women always played an important role in farming years ago.”

“I agree with that, but they never had the farms in their names or were not allowed to make any key decisions on the farm. In my own opinion, women were slaves on farms years ago.”

“There are bad days, along with hardship and hard work; it’s getting over them and enjoying the good days that makes it all worthwhile.”

“It’s not an easy life. I would be far better off in a 9-5 job, less work, less stress, more money, and a way better lifestyle, but I just have the farming disease.” Daphne Scott concluded.

- Advertisement -
Previous article
When can I spread slurry?
Next article
Cash reward offered to track down person dumping milk cartons