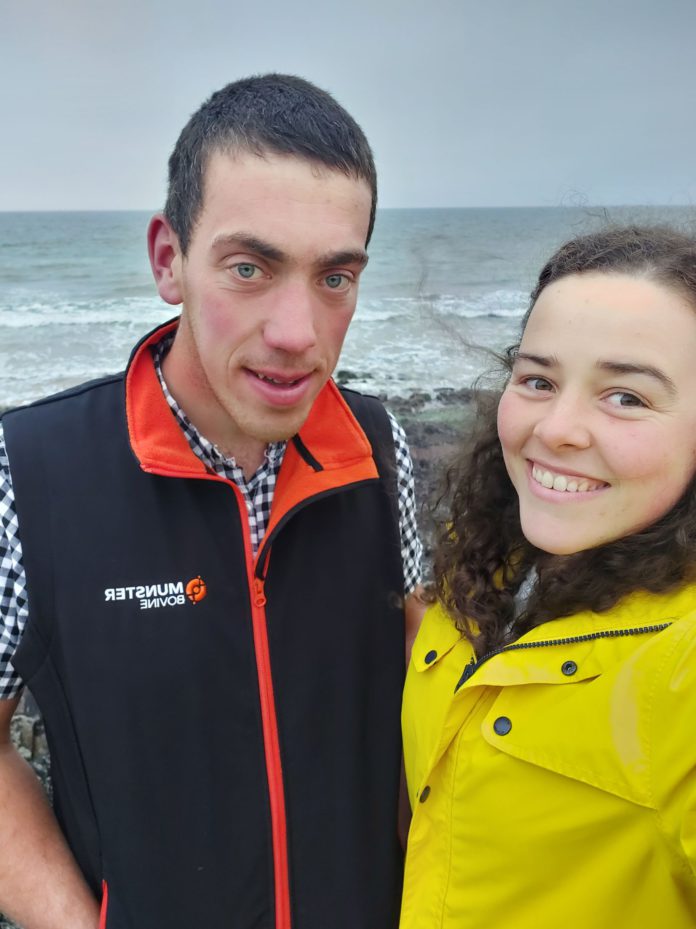 Having efficient cows, getting the most value from a grass-based system and using the best genetics available are crucial to running a successful suckler operation.

That is the view of the team behind the renowned Ashview Pedigree Herds, who firmly believe “an ounce of breeding is better than a ton of feeding”.

The Fitzgerald family, Beanfield, Youghal, Co. Cork have been suckler farmers for the past thirty years. Before switching to suckling, the family ran a small dairy and drystock enterprise.

Billy is the fourth-generation of his family to take the reins of the now 50-cow suckler herd. He farms in partnership with his father, Bill, and partner, Áine McCarthy, while his mother, Ina, and brother, Tom, assist with calf-rearing duties.

“We are incredibly lucky to have three young lads who help out daily: Nathan Keogh, Liam Coppinger and Patrick Flanagan. Patrick is like one of our own, and we are very blessed to have him. We also have some amazing neighbours, who at the drop of a hat, would help you out with anything!” Áine explained. 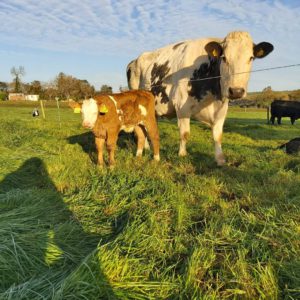 Both Áine and Billy are part-time farmers. Billy works for Munster Bovine as an AI technician for the past eight years and has recently embarked on a new business venture. He has branched into bovine scanning, serving the Munster region under the name of FitzGenetics.

Áine works full-time in Carrigtwohill as a childcare practitioner for the past six years. “Only for Macra, we wouldn’t be together.” Áine, who represented Imokilly Macra at Queen of the Land in November 2019, laughed.

“We are both members of our local Macra na Feirme club, Killeagh, and have held club county and national positions. Macra is a great outlet for young rural people to help them meet other like-minded people.” 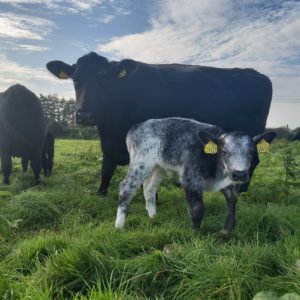 “From a young age, Billy had a keen interest in pedigree breeding, and from this, we purchased pedigree cows. From then on, we increased our numbers while retaining the commercials.”

“We like Aberdeen Angus, and Hereford cattle for their docile nature, easy fleshing and they are always hot in the sale ring. We wanted to branch out into a continental breed of cattle, so we chose Charolais.”

Foundation Aberdeen Angus were sourced from John Sr and John Jr O’Brien of the Kilcreaheen Herd and Albert and Jennifer DeCogan of the Mogeely Herd. The foundation females remain in the herd to this day. 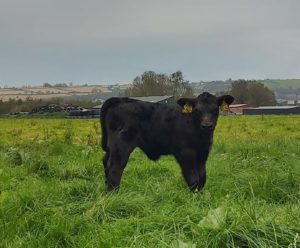 They established a Hereford herd with purchases from Albert and Jennifer DeCogan from the Imokilly Herd and the Dudley Family of the Kilsunny Herd. “This breed is a more recent venture with the foundation females purchased only six years ago. Our small Charolais herd comes from the dispersal of the Cottage Herd of Tom Butler.”

They have been using 100% AI for over 15 years utilising the best genetics possible from a wide selection of AI companies.

“ET work is a more recent venture. We purchased embryos from the Westellen Herd, Mogeely Herd and Netherton Herd in Scotland. Like anyone else who is at ET work, it is worse than gambling. But, luckily for us, we have had a good success rate.”

All pedigree cows calf between September and November for management reasons and to have 18-month-old bulls to sell at spring sales. Most commercials calf between January to March, while ten are autumn-calvers.

“We like a medium-sized Aberdeen Angus cow with plenty of milk which produces one calf per year.”

“We also like the same traits for the Herefords. On the other hand, we aim to have big Charolais cows and again lots of milk which is very important.” 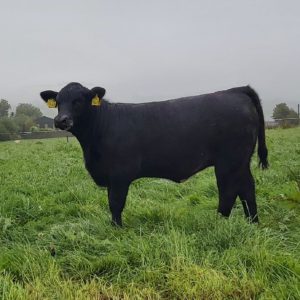 Also, they either retain or sell pedigree heifers for further breeding. Commercial cattle go under the hammer as stores in their local marts, while some heifers are sold to a local butcher, Dylan Coleman of Coleman Butchers Youghal.

“We retain some heifers, and we calve them down at 30-months. We do this as we believe they hit the ground running with both milk and size. Our commercials are under the same management as our pedigrees.”

Grassland management is an essential practice on-farm with paddock systems used. Strip wires are utilised to ensure fresh grass is available to animals every 24 hours; surplus grass is cut for bales. 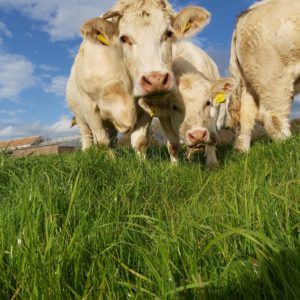 One calf per cow per year

“Our herd is achieving one calf per cow per year through good management techniques. This includes submitting all cows for AI within three weeks of the breeding season to keep calving compact.”

“Using the best genetics, we achieve the best growth rates and hybrid vigour. We feel this is very important in the volatile beef sector. We only cull animals when need to due to infertility, poor milking ability and age.” added the BEEP-S and BDGP participants. 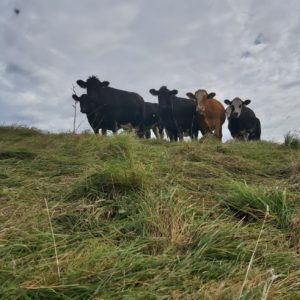 Furthermore, they are members of the Irish Aberdeen Angus Society, the Irish Hereford Breed Society, and Irish Charolais Cattle Society. Billy is currently treasurer of the Munster Aberdeen Angus Club, with Áine aiding with these duties behind the scenes.

They attend local shows around Munster and are highly involved in the running of their local show, Midleton. The Ashview Herd compete at others including Tullamore which hosts the Hereford All-Ireland finals.

“We attend the Aberdeen Angus All-Ireland as well. Our favourite would have to be attending the National Ploughing Championships with the Irish Aberdeen Angus Society where we meet our friends from far and wide.”

“We have multiple rosettes on display in the kitchen for both our Aberdeen Angus and Herefords. Our most favourite memories are with our Herefords, Kilsunny Lass Oprah and Kilsunny Lass Opal, winning the Munster Junior Female Champion and placing third in 2018.” 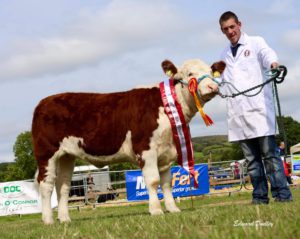 Looking ahead, satisfied with their current herd size, they will be leaning towards increasing pedigree animals and reducing commercial numbers.

“We want to keep breeding good quality stock by using the best genetics available and keeping up-to-date with all the best grassland management practices.”

“The future of Irish suckler farming is very volatile. In fact, this, unfortunately, is why we need these schemes such as BEEP and BDGP.”

“We believe that Irish farmers are not rightly rewarded for their excellent quality grass-based progeny for all their passion and good animal husbandry practices,” Áine concluded.