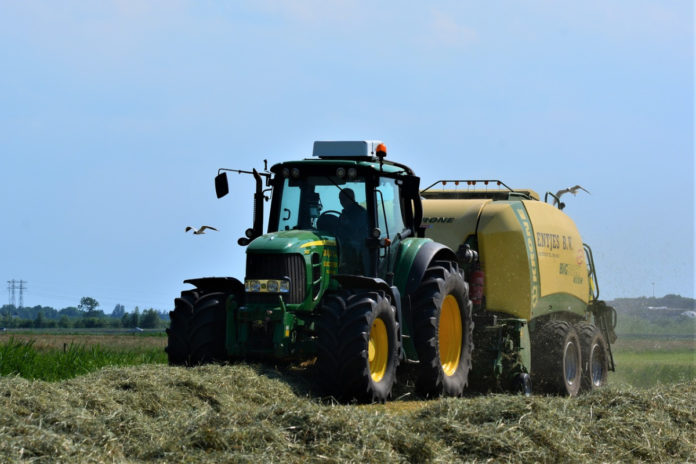 What is the cost of silage on conacre land?

In this article, Alan Hopps, CAFRE Senior Dairying, explains how carrying out your own calculations can help properly manage the cost of silage from conacre land.

Figures show that the average dairy farm using benchmarking takes 42 per cent of their total land farmed as conacre. And, the price paid per year varies widely depending on the area, competition for land and sward quality.

Alan said: “Farmers often overestimate the amount of silage that land will produce. The yield of silage produced on a given area has a large influence on the cost of this silage per tonne on conacre land.

“Dairy farmers, in general, aim to make three high-quality cuts of grass. The target of 30 per cent dry matter requires wilting for all three cuts with first cut taken in early May and the third cut to be taken in the last two weeks of August.

“A three cut system as mentioned above will produce similar yields at each cut. This means that fresh weight harvested at each cut would be 13.3t per hectare (5.4t per acre).”

So, what is the typical cash cost of producing silage per tonne?

It should, however, be noted that the cost per tonne of silage takes no account of storage or feed out costs

Alan continued: “If contractors charge per acre, then it is possible to reduce the cost per tonne of making silage by reducing to two cuts and harvesting more material per cut. This type of silage will be cheaper to make per tonne, however higher quality silage will lead to more profit overall.”

“If conacre land has older, lower ryegrass content swards, then the yield potential will be much reduced. Conversely, newly reseeded swards with correct nutrient management, have the potential to produce more.

“The cost of £29 per tonne of silage in Table 1 can be taken as a reference. If a sward only produced 10 tonnes dry matter per hectare per year, that land is worth £67 per acre if it is taken in conacre (compared to the £150/acre for average yielding swards).”

“Similarly, if it yields 14 tonnes per hectare dry matter, then it is worth £225 per acre. This shows the influence that grass yield has on the value of conacre.

“It is important that you do the calculations for your own dairy farm based on your own circumstances. Discuss the viability of making silage on conacre land with your local dairying adviser.”

- Advertisement -
Previous articleVIDEO: What to consider when subdividing a field
Next articleHow do I manage my grass during a drought?