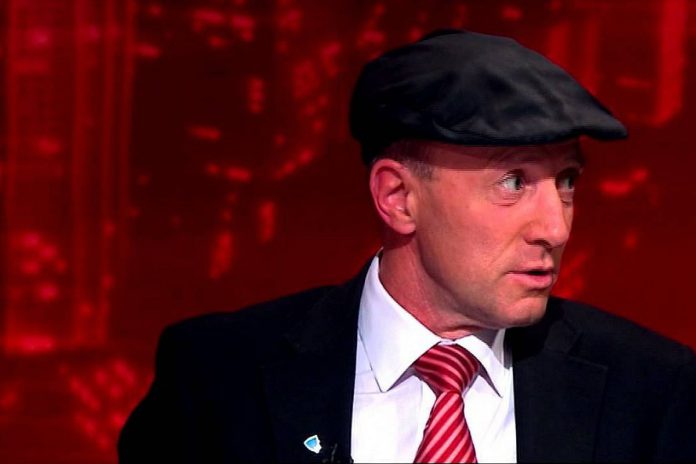 VIDEO: Farmers ‘know more about protecting our environment than any member of the Green Party’

“This debate, however, is the start of the knocking of, and the campaign against, people in rural Ireland.”

Those were the words of independent TD, Michael Healy-Rae, during a debate on the National Oil Reserves Agency (Amendment) and Provisions of Central Treasury Services Bill 2020 last week.

“This morning on Newstalk, I had to start off defending people who want to build homes in rural areas, because a Green Party policy, whereby they will be asked as part of their planning permission to the local authority, to pay for the broadband they might receive in the future.”

In terms of energy security, he added, there is a gaping hole in the fabric of our society because of the problems we will have with energy security in the future.

He said there will be an over-reliance on energy from overseas, particularly in the post-Brexit era.

“Nobody knows what is coming down the road or what our relations with other countries are going to be into the future.”

Climate change, and all what is proposed to deal with it, comes at an enormous cost, he added.

“Again, an over-reliance on hitting the people who least deserve to be hit, the people living in rural Ireland.

“While we are talking about energy, we had a great supply of energy, with turf and our peat industry. What are the Green Party with that? It is stopping it, knocking it.”

“When I think back on all of the great people who worked for the last 100 years in the midlands and around the country, both harvesting and saving turf for themselves but also peat industry.

“To think now we are now willing to flood, the bogs, and what they call, the polite word, re-wetting the bogs.”

“Such nonsense and baloney I have never heard in all of my life.”

“In the exact same way, the people of Ireland in the future will ask what was wrong with politicians when they shut down the peat industry.”

“It is a stupid decision by stupid politicians who do not realise what they are talking about and I think it is a horrible thing to be doing.”

Rural Ireland, he reiterated, is being asked to pay a large price with regard to changing our emissions profile.

“It is lovely language but look at the cost and the imposition it is going to mean on people.”

“Again, whether one lives in a town, a city or rural Ireland, you are going to be asked to pay a high price for this.”

“I want to compliment our farming community, the people who have genuinely been protecting our environment and who have been playing their part.”

They, he added, have improved their slurry storage facilities, built new sheds, put up new yards, and improved methods for spreading the slurry that must be spread every year.

“They are playing their part as the custodians of our environment. They know a hell of a lot more about protecting our environment than any member of the Green Party ever will.”

“I again compliment those people and the IFA, which has worked so diligently to defend our family farms.

“The stopping of exploration for oil and gas and the harnessing and harvesting of the great reserves we have around our coast, again does not make sense.”

“Every other country in the world can go into its seas to look for gas and oil but we cannot because politicians think it is the wrong thing to do.”

“In my honest and humble opinion, the extra carbon taxes that are to come are unbelievable, unsustainable and unfair. Time will prove what I have said here this evening to be right.” he concluded.