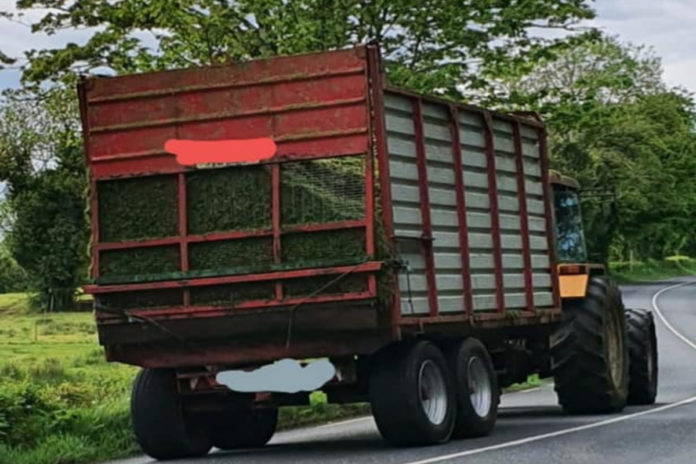 The driver was turning right off the national road but was caught on his phone while performing the manoeuvre.

A spokesperson for the Cavan Monaghan Garda Division reported that a fixed charge penalty notice was issued to the driver.

Following the incident, the spokesperson said: “With the silage cutting season in full swing we would urge all road users, in particular drivers of farm machinery, to exercise caution – there are increased numbers of cyclists and pedestrians using our rural roads due to the current 5km exercise restrictions.”

Donegal farmer (74) in court after animals found in ‘various staets...