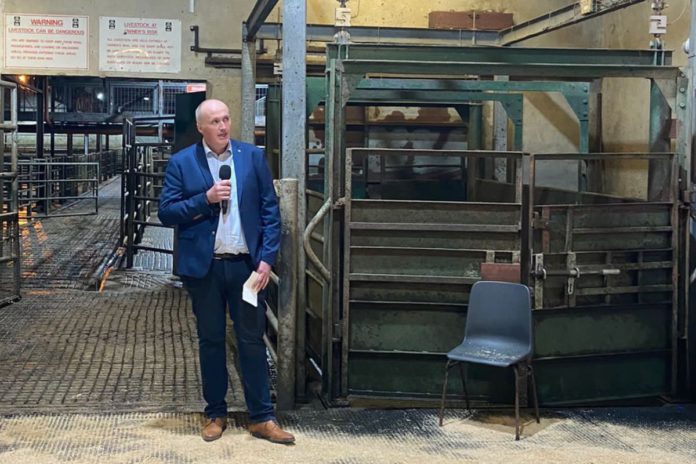 ‘Farmers are receiving the same price we received 30 years ago’

“Put simply, the consumers – via multiple retailers – are not paying enough for quality food. This is the root of the problem in terms of sustainable farming.”

That is what ICMSA president, Pat McCormack, told attendees at the organisation’s AGM on Friday, December 3rd, 2021.

He believes that if politicians are as serious about sustainability as “they keep assuring us”, then they will have to ensure that the price of food reflects the economic and environmental costs of producing that food.

“If this point continues to be dodged in the interests of not offending the consumers, then sustainability will not and cannot be achieved.”

“We’ll stay where we are now, where multinational retail corporations with large communication departments indulge in endless ‘green washing’ and creating an illusion of sustainability.”

“The idea that costs and regulations can keep on being added to the farmers or primary producers to produce higher and better-quality food with no additional cost to the consumer – or retailers – is the single biggest threat to the family farm.”

He believes that if people want “real” sustainability, then they must pay a “sustainable” price that delivers a “real” income for family farms.

“For the last 30 years, Irish farmers have been systematically underpaid for the high-quality food they produce. They have been effectively subsidising both the retail corporations and the consumers.”

“Farmers are receiving the same price we received 30 years ago. Given the increase in input costs and regulation, this is just untenable.”

Furthermore, he said the problem is not even static. He said it is deteriorating with more regulations and standards being heaped on primary producers with “no mention” of sharing costs.

He believes that this is another one of those ‘make-your-mind-up’ moments.

McCormack said Ireland either becomes sustainable or continues with the ‘cheap food’ policy it “has had for decades”.

“And remember, the cheap food policy was only cheap for the consumers because we – the farmers – were carrying them.”

He told attendees that he welcomes initiatives at EU level on this matter.

“These need to be brought to fruition as soon as possible and prevent unsustainable food imports undermining sustainable systems within the EU,” he added.