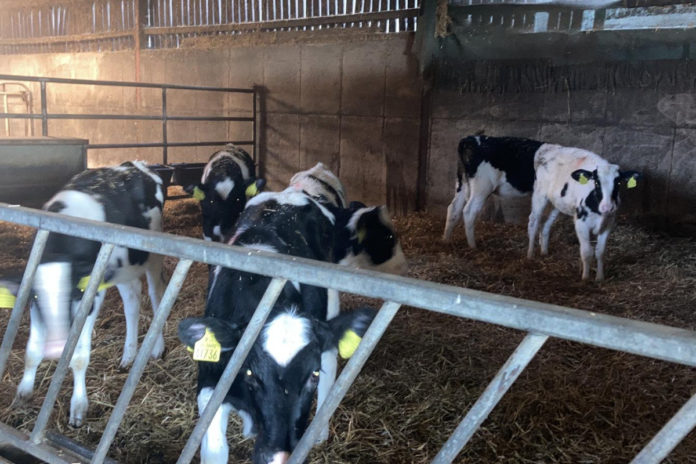 Minister for Agriculture, Food and the Marine, Charlie, McConalogue, has stated that he will “fight tooth and nail” to ensure that live exports can continue.

He made that commitment at the ICMSA’s AGM on Friday afternoon (December 3rd, 2021).

The minister echoed the words of the organisation’s leader, Pat McCormack, who said that “live exports are the only insurance policy that farmers have”.

“Then, on Thursday, the European Parliament voted on a report on animal transport. While there is a long way to go on that, the implementation of such a policy would limit the transport of unweaned calves.”

“Our dairy sector, in particular, is built on the export of live calves. We produce a top-quality calf and take tremendous steps in transporting them healthily and safely.”

“Huge credit must go to farmers and exporters in that regard. I am not saying that the writing is on the wall, and I will continue to be a real advocate for live exports. But, what I am saying is that there is a massive challenge, one that we have to be alert to.”

“Anyone who thinks that we will have the export of unweaned calves forever is sorely mistaken. There is no room for complacency. One isolated incident can lead to lasting reputational damage for the sector.”

“However, it has clear to see the pressure that is there in the market, with interest groups who are fighting science with an ideology.”

He said the government in the Netherlands, for example, has expressed concern over live exports in calves.

Furthermore, he stated the recently formed German government made “very strong claims” about scaling back live exports in its programme for government commitment.

The minister discussed developments in Ireland, pointing to the DBI (Dairy-Beef Index) and the country’s first semen sorting lab.

“The improvements we have seen in recent years in relation to the quality of beef cattle through the introduction of the DBI coming from the dairy herd into the beef herd are key and need to continue.”

“I am excited to see the sexed semen laboratory coming to fruition, and I think this will be a real game-changer for us. Cross-breeding is a good driver of milk solids and ultimately, profitability, but it cannot be at the expense of calf quality.”

“The Jersey bull calf has little value, and we have mindful of that for a host of reasons. Providing quality beef animals is a must to allow the dairy sector to prosper itself,” he concluded.

Meanwhile, the IFA has said the aforementioned recommendation poses a “significant threat” to the trade of calves from Ireland to Europe.

“Our calves are highly sought after in the European market. They are more robust and healthier than calves from other European countries.”

“Calf welfare remains of the utmost importance. However, these proposals are excessive and unnecessary given the very strong credentials of Irish calf exports,” he added.

Furthermore, the ICSA has said this is an “extreme position” that is a “disaster” for Ireland.

“Farmers need to be able to sell animals at a time which is appropriate to their farming system.”

“If you interfere with this, there are unintended consequences,” he warned.

- Advertisement -
Previous article
‘Farmers are receiving the same price we received 30 years ago’
Next article
Forward cattle to €1,100 over in ‘strong’ trade at Raphoe