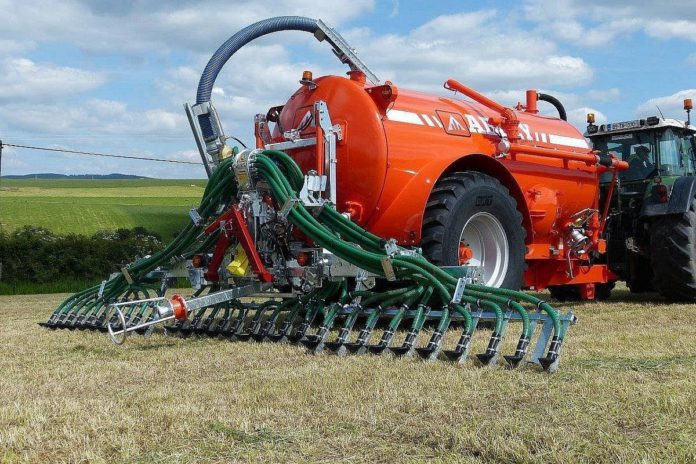 Do you know the ‘slurry mixing code’?

The Health and Safety Executive for Northern Ireland (HSENI) is reminding farmers to take extra care when working with slurry.

Mixing slurry can be a particularly dangerous job as slurry gas is released very quickly, and in large quantities, as soon as the mixing starts.

Slurry gas is a mixture of gases, including the extremely poisonous gas, hydrogen sulphide. Even a low concentration of hydrogen sulphide can knock out your sense of smell, so you won’t even know it’s there.

The HSENI warns that the first 30 minutes are the most dangerous, so it is important for farmers to leave the shed as soon as mixing starts – and to stay out for at least 30 minutes.

Reminding farmers of the dangers of mixing slurry, Camilla Mackey, principal inspector of HSENI’s farm safety team, said: “Before starting any job on the farm, including slurry mixing, take time to stop, think and safely plan the work ahead.

“Keep children and animals far away during the slurry mixing process, ventilate the area and mix on a windy day where possible.”

She reminded farmers and contractors to always remove livestock from the shed before starting to mix.

She highlighted the importance of staying out of the building for at least 30 minutes after the mixing starts and every time you move the pump or change the direction of mixing.

“Please be aware that if a tank is mixed before the end of the closed period and is then mixed again before the tank is emptied, that gas can build up again even within a day or two and it is essential to stay out of the shed for at least 30 minutes after mixing starts once again. Do not take any chances when mixing slurry.”

She urged farmers to reflect on the ‘safe slurry mixing code’, remembering that just one breath can kill.

If you find someone has been overcome during slurry mixing, if possible, stop the pump and get the person to fresh air but do not put yourself at risk in the process, the HSENI warns.

If breathing is weak or stopped, artificial respiration may be effective. Contact the emergency services and seek immediate medical attention.