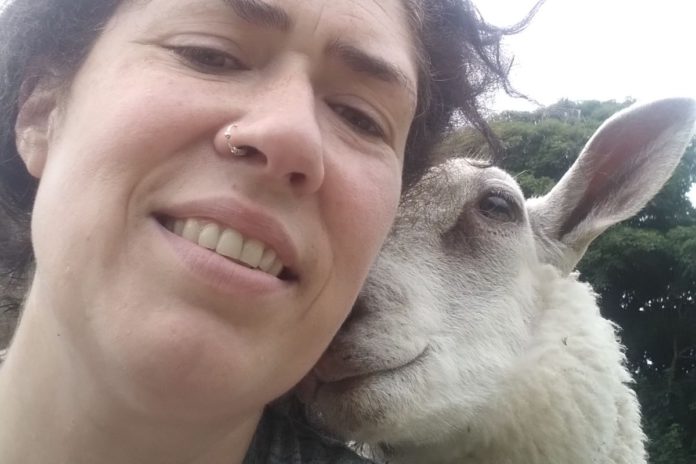 In this week’s Farmer’s Diary, Clodagh Hughes, sheep contributor, provides an update on the flock’s breeding season and explains how an “incredibly simple task” became anything but that.

I have always liked the autumn time and, although it means the evenings are drawing in, the trees are losing their leaves.

I do not find it a dismal time of the year at all.  It is like all things countryside are just taking some time-out to recharge their batteries for next spring.

On the other hand, my sheep are busy getting in lamb, and Mr Woody is doing a great job.  They are all taking to him with ease, and he is proving to be a great asset to my wee flock; I will be sorry to see him go next year.

Because I am building up my own closed flock; (I keep and rear my own replacement breeding ewes), I cannot have the same ram for more than two years.

He will be too closely related to the females in future breeding seasons.  But when I go to sell this ram, he will still be a young fellow and will have many years of breeding in him yet.

If you recall, in last week’s article, I mentioned having to change the ram’s raddle crayon after approximately 17 days to keep a record of tupping dates.

Well, folks, if we had only been able to video the shenanigans that occurred to execute this incredibly simple task!

I had the bright idea of taking one of the dogs into the field to see how the ram would react; I’m thinking he’ll be focussing on the dog, and between Alan and myself, we could sneak up and catch him by the harness, swop crayons, job done…happy days!   Yeah! Not quite what happened!

Firstly, Peadar dog ran off up the lane to where some of the younger sheep are, thinking he was a super sheepdog all by himself, and Finn dog, although actually quite helpful, to begin with, got confused as both myself and Alan were ‘barking’ commands at him and each other.

The poor dog did his best, but it was obviously not fair on him.  Eventually, we drove all the sheep into a corner, and while myself and Finn did our part in holding them, Alan was able to sneak up on Woody and grab him.

But the fun didn’t stop there!  Woody was not one bit happy at being caught and gave my fella a good run for his money. But, fair play, he held on, and the mission was eventually accomplished.

It just shows differing animal behaviours. All-year-round, I could approach this ram quite safely in the field, he would eat meal out of my hand, but they turn into a completely different beast when out amongst the females (sound familiar!).

And you have got to be on your guard as a ram in a bad mood could cause serious injury.

Also, this week, I finally started to tidy up and sort out my shed in preparation for the upcoming housing and lambing periods, which with the way the months are flying by, aren’t that far away, folks! Happy Halloween.

- Advertisement -
Previous article
Farmer goes down on-farm processing plant route instead of expansion
Next article
VIDEO: ‘Minister I brought you a €1 coin, a gift from young farmers’ – Keane