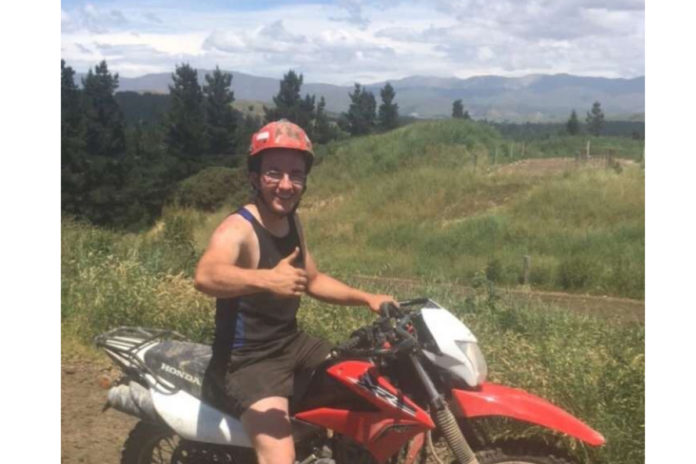 Share-farming on 180-acres of tillage

Based just outside Thurles, Co. Tipperary, Pierce Maher, share farms his 180-acre tillage farm with his uncle, having graduated from UCD in 2019.

The potential to go dairying on his farm was always part of the conversation for the future, but he decided to follow his interests in tillage.

The Tipperary man is share-farming on 180-acres for the last 15 years. They have tillage, wheat oats and barley, and some grassland too, approximately 30-acres that they take hay and silage from every year.

“I’m doing a lot of cleaning up at the minute, taking out drains and hedgerows. I’m going to put them back in on some marginal land we have to comply with department regulations.

“The plan is to take it on myself in a couple of years’ time. I plan to go reseeding land and make fields bigger.”

The farm was originally a dairy farm up until 1982 when the cows got brucellosis. Pierce said they had 105 cows there at one stage and with a 14-unit parlour in place.

“Since then we have had sheep, pigs, strawberries, sugar beet, everything really. The last time it was stocked was in 2012, when we had 150 ewes. It was all still fenced until recently, but the fences were kind of overgrown. I have a lot of them torn out in the last 2 months.”

“My plan is to go completely tillage and stick at it ourselves, but I want to buy bigger gear so I’ll be able to get it done twice as fast. When you look at the weather we had last September, it took us 9 hours to get 150 acres sowed because we had two drills on the go.” “

“I sourced another drilled, so we were doing 7 metres at a time and I want to have that here the whole time in case we have a hard back-end like we did last year.”

When Pierce started out in college, his initial plan for the farm was to set up a dairy enterprise once he had finished his studies. That plan has changed over time as he found his interests lied elsewhere.

“I had to look at what I was into myself. I’m into working with nuts, bolts, spanners and driving tractors more so than I am working with stock. I would rather be driving a tractor than milking a cow or trying to figure out what’s wrong with an animal.”

“I completely understand that there’s more money out of the cows but I intend to have a full-time job off-farm to supplement the tillage.”

The 23-year-old went to the harvest in the U.K. last summer in order to learn more about tillage on a large scale. He has already decided that he will return again this year.

“I’m going back again this year, as much to gather up a few pounds as gather a few more ideas. The next place is bigger again so hopefully I’ll learn a lot, even the way the manager is going to manage people.”

“I was on a place last year that had 3,500 acres of cereals. There was rape, oats, barely, 1500 acres of wheat was the biggest of the lot. A friend of mine was out there before and I wanted to see what it was like because it’s a much larger scale than we would have here. I wanted to see how they manage that.”

All eggs in one basket

While in Northampton, Pierce developed a new way of thinking about farming and business. He saw the potential of having other enterprises too as a secondary source of income.

“The major thing about over there is that they have more than one enterprise on the go. Where I was, for instance, they had 4 warehouses as well as contract rearing 700 heifers for a 3,500-cow dairy unit in Dorset.”

“They were making more money out of the warehouses than they were out of the tillage and the stock put together. He was getting money for doing very little with the warehouses, that’s the honest truth about it. I would love to do something like that on a smaller scale in the long-term.”

As well as learning of the other sources of income he could adopt on the farm, he also brought back ways to consolidate on his own far and drive efficiency even further.

“The big fields over there was another thing. We only have small paddocks here and you would be twisting and turning all day long and you have to take into account the damage you’re doing with compaction.”

“There were fields in England that were the same size as the whole farm here and it only took us a day and a half to harvest it. If that was here, you’d be at it for nearly a week. I obviously know that the machinery was a lot bigger and a lot more expensive but it still could make a difference here.”

Maher is now well on his way to getting his farm to where he wants it to be. From everything he has learned through his studies and his farming experience, he found the most important thing to have is a plan and an end goal to work towards.

“What I would say to any young people starting out is to have long-term and short-term plans and execute them accordingly.”

“I have budgets drawn up here and if they change you have to respond to that and make adjustments, especially with the weather because we could have another back-end like last year, but the main thing is to just have a plan.”