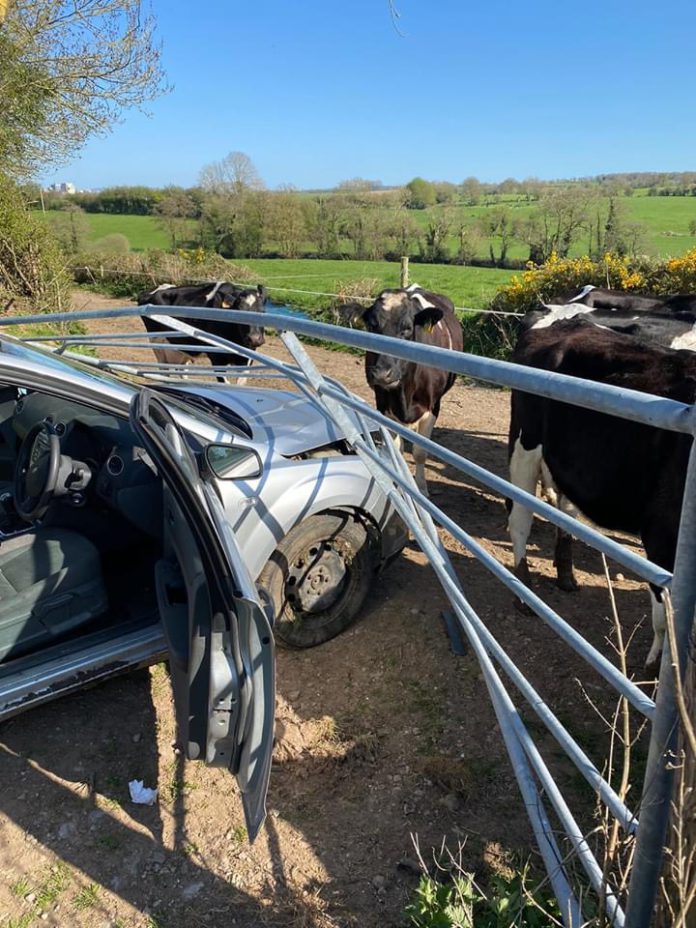 Man arrested after taking to fields and entering river

Three males travelling in a car failed to stop for Gardaí carrying out a patrol in Mitchelstown, Co. Cork on Wednesday (April 15th).

The vehicle, which had no tax, insurance or NCT, was seized and will now be disposed of, according to a Garda spokesperson.

In a statement, the spokesperson said: “Under the course of the pursuit, where they were kept under observation, they drove across farmland and tried to crash through a gate but failed in their attempt.”

“The driver then took to the fields and entered a river in an effort to escape, all the time being pursued on foot by Gardaí.”

He was assisted from the water and arrested for driving under the influence of drugs.

Cannabis was discovered in the car and the driver later tested positive for cocaine. “A search of his home also turned up a quantity of cannabis and cocaine.”

A file is being prepared in relation to driving under the influence, dangerous driving and other road traffic offences, possession of controlled substances and non-essential travel in contravention of the Covid-19 legislation currently in place.

“On this occasion, the offenders were observed by Gardaí but we always depend on your support.”

“If you see any suspicious activity call 112/999 or your local station immediately – don’t just post about it on social media.” the spokesperson concluded.