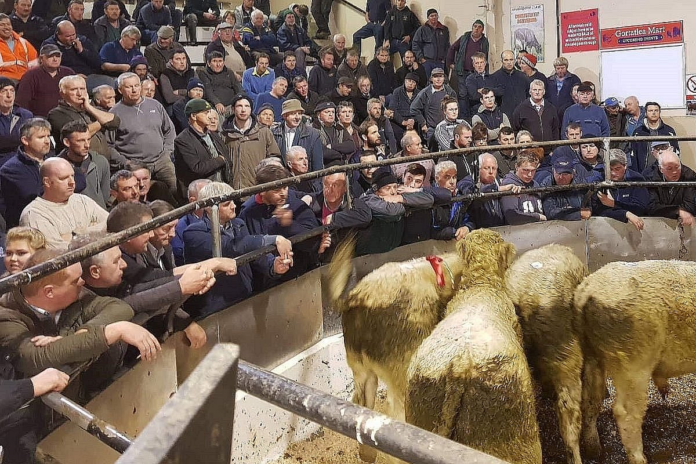 Sales to recommence at Gortatlea

Weekly sales will recommence at Gortalea Mart this Wednesday (March 25th), according to Maurice Brosnan.

In a statement this afternoon (Monday, March 23rd), the mart manager said that the decision has been taken due to “unprecedented” demand and to “help reduce stress and pressure” on farms at this difficult time.

The news comes following a statement released last week, which explained that the mart was going to cancel all scheduled sales for two weeks in the interest of health and safety, as reported by us here.

However, its calf sale took place on Thursday (March 19th) “due to unprecedented demand and to help reduce stress and pressure on dairy farms”.

“No decision on next week’s sale is being taken at present.” the statement added.

However, in this afternoon’s statement, Brosnan explained that the mart’s weanling sale will be held on Wednesday, followed by its calf sale on Thursday (March 26th) and its general cattle sale will take place on Friday (March 27th) with a new start time of 9.30 am.

“COVID-19 HSE and government guidelines will be in place as follows.”

“These guidelines will be enforced and we request that patrons would adhere to them and cooperate fully with mart staff,” Brosnan added.

“Your co-operation with the protocol would be appreciated. For queries, please contact [the] office.” the statement concluded.