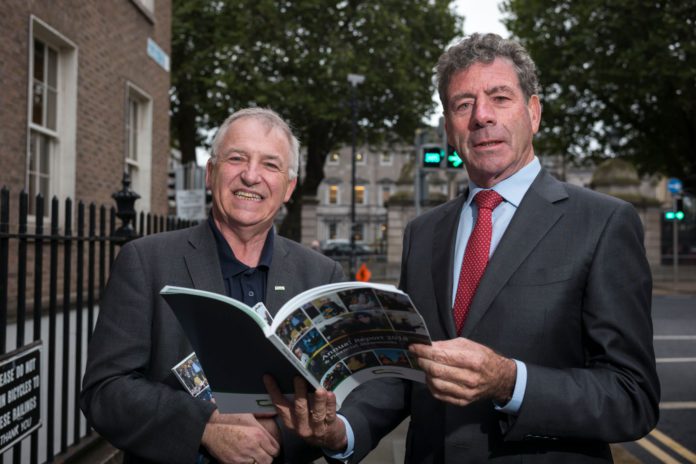 The Teagasc Authority has announced that Professor Gerry Boyle will retire as director in September.

He has led the organisation since October of 2007, and his initial seven-year contract was extended on two occasions.

Changes during his tenure

During Professor Boyle’s period at the helm, Teagasc has experienced many “profound” changes from the moratorium on recruitment and wage cuts in the wake of the 2009 recession to the current pandemic.

In that time, the state agency said it has focussed on adjusting to change with the support of staff and stakeholders.

On the international front, Teagasc has established a reputation for working at the cutting edge in terms of research and advisory activity.

On the domestic front, Teagasc has led on the analysis of the impact of the Common Agricultural Policy (CAP) and in responding through pointing the scientific way forward in relation to the sustainability agenda, especially on climate change.

Over that period, Professor Boyle has focused on resolutely improving Teagasc’s scientific excellence, its responsiveness to the needs of farmers and food companies and its policy relevance.

It now has a well-developed system for “rigorously” evaluating the performance of its research, advisory, education and administrative functions.

It has also developed a systematic open door consultation process with all stakeholders. Besides, it has forged effective joint initiatives with Ireland’s leading dairy and meat companies.

Over his tenure, Teagasc has developed a dynamic approach to its education programme through its Education Vision strategy.

It also launched Teagasc ConnectEd, a unique programme that delivers education and training initiatives to a wide range of rural professionals.

Teagasc has deepened its linkages with the Irish University and Institute of Technology (IOT) sectors through the production of joint degree programmes with UCD and UCC and with most of the IOTs.

The Teagasc Walsh Scholarships’ Scheme has grown to about 270 doctoral and MSc candidates at present, which trains tomorrow’s agri-food industry leaders.

Teagasc has in recent years, become centrally involved in supporting Ireland’s overseas agricultural development efforts through its work with Irish Aid and the Department of Foreign Affairs.

Teagasc research facilities have been developed considerably, while Professor Boyle was director, but, especially in recent years, with the construction of the National Food Innovation Hub and the expansion of the MTL pilot plant at Moorepark, the National Prepared Consumer Foods Centre at Ashtown and the Bia Innovator on the Athenry campus.

As director, Professor Boyle has received many personal accolades, most notably, the bestowal of the Academic Palm by the Government of France in 2017 and the conferring of an Honorary Degree in Science by UCC in 2019.

He was also elected president of Euragri in 2018, which is the EU network for public agri-food research and innovation organisations. And for the last five years, he has served as an ex officio member of the Climate Change Advisory Council.

Liam Herlihy, chairman of the Teagasc Authority, thanked Professor Gerry Boyle for his excellent leadership in Teagasc and in the wider agri-food sector.

He also confirmed that shortly initiate the process to appoint a new director.

- Advertisement -
Previous articleKilmallock Mart appoints former secondary school teacher as assistant manager
Next articleQuiz: How much did these cattle make in Cavan?