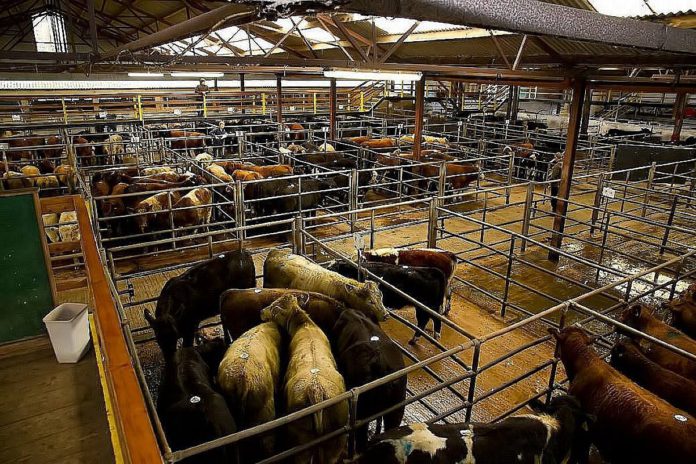 GVM has announced the appointment of Seamus Leahy as an assistant mart manager based in Kilmallock.

The 27-year-old, who hails from Newcastle West, County Limerick, holds a B.A in education, business and accounting from St. Patrick’s College, Thurles.

While in college, he served as president of the Students’ Union and was also a member of the Academic Council and Programme Board at the University of Limerick. He worked as a secondary school teacher for several years.

However, he has a great interest in farming and agriculture, which led him to a career change.

He worked as an assistant manager in Castleisland Mart for a period before joining GVM. Furthermore, he is currently the young farmer development officer for Crecora Manister Croom Macra Club and is also a member of the Irish Shows’ Association judging panel.

Seamus and his family run a commercial goat farm in Limerick and keep cattle and sheep.

Commenting on the appointment of Seamus Leahy, a spokesperson for GVM Group said:

“This appointment will strengthen the management team and help to ensure that the society can continue to serve the changing needs of its customers.”

“Seamus will focus initially on increasing throughput in the society’s catchment areas of Kilmallock, Abbeyfeale and Dromcollogher. GVM wish Seamus well in his new position.”

Kilmallock Mart holds its weekly cattle sales on Monday, with five rings in operation. Furthermore, it holds society and organic sales throughout the farming calendar.

Golden Value Co-operative Mart (GVM Group) was established in 1956 as a co-operative society. The group opened its first livestock mart in Kilmallock the following year.

It has diversified into livestock marts, property auctioneering, property investment/development and renewable energy.

Subsequently, GVM is now a “multi-faceted business” with shareholder funds of more than €24 million and approximately 5,000 shareholders.