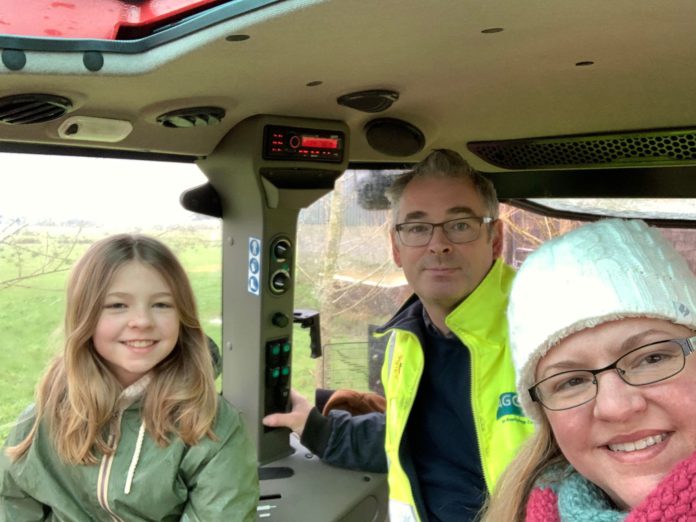 In this week’s Farmer Focus series, we speak to Gerard and Jessica Glynn.

A construction industry expert and an architectural and interior design photographer are the driving forces behind a self-built farmhouse renovation project in Co. Mayo.

Two years ago, Gerard, and Jessica Glynn, who were residing in the US at the time, purchased a half-finished house at auction in Kilmovee, Co. Mayo.

Gerard, a Kiltimagh native, established his company, Glynn Builders, in Florida and worked on million-dollar renovations in Palm Beach.

Despite their success overseas, their collective goal was always to “share the best of the US and Ireland with our daughter”. 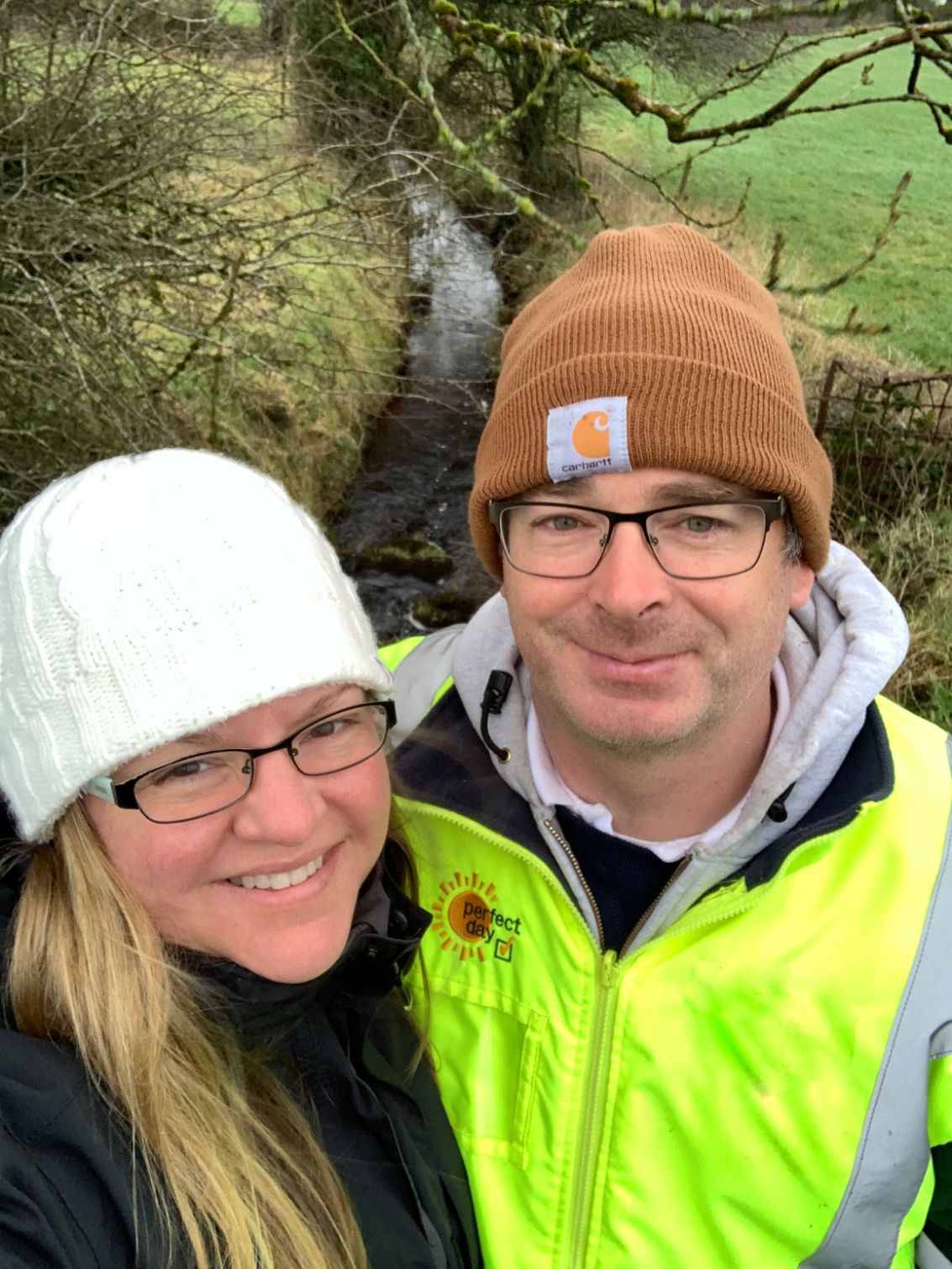 In January of this year, they moved to Kiltimagh, County Mayo, after quarantining in a cabin in Foxford at the bottom of the Ox Mountains. Against the backdrop of challenges presented by Brexit and Covid-19, the Glynns have begun their hotly anticipated self-build project.

Jessica told That’s Farming: “It has been our plan since we got married that we would live in the US for a while and then move to Ireland when we had kids. Our plans got delayed a few years, but we finally made it.”

“The house we bought is on 3-acres in Kilmovee. The house was built in 2008 and was never finished. It is block inside. Therefore, we are changing the layout and finishing it. It is our self-build project. My husband worked in building and construction in the US for over 15 years.”

“We are just starting the renovation as Covid-19 has delayed us a bit, and we hope to finish the house by autumn. We aim to create a modern farmhouse style.”

“Honestly, it is hard to make significant progress because of major delays from Covid. Also, costs have risen almost 20-30% due to Brexit.”

“Between us, we have a lot of lofty architecture and interior design goals for this home. However, trying to stick to a smaller budget.” 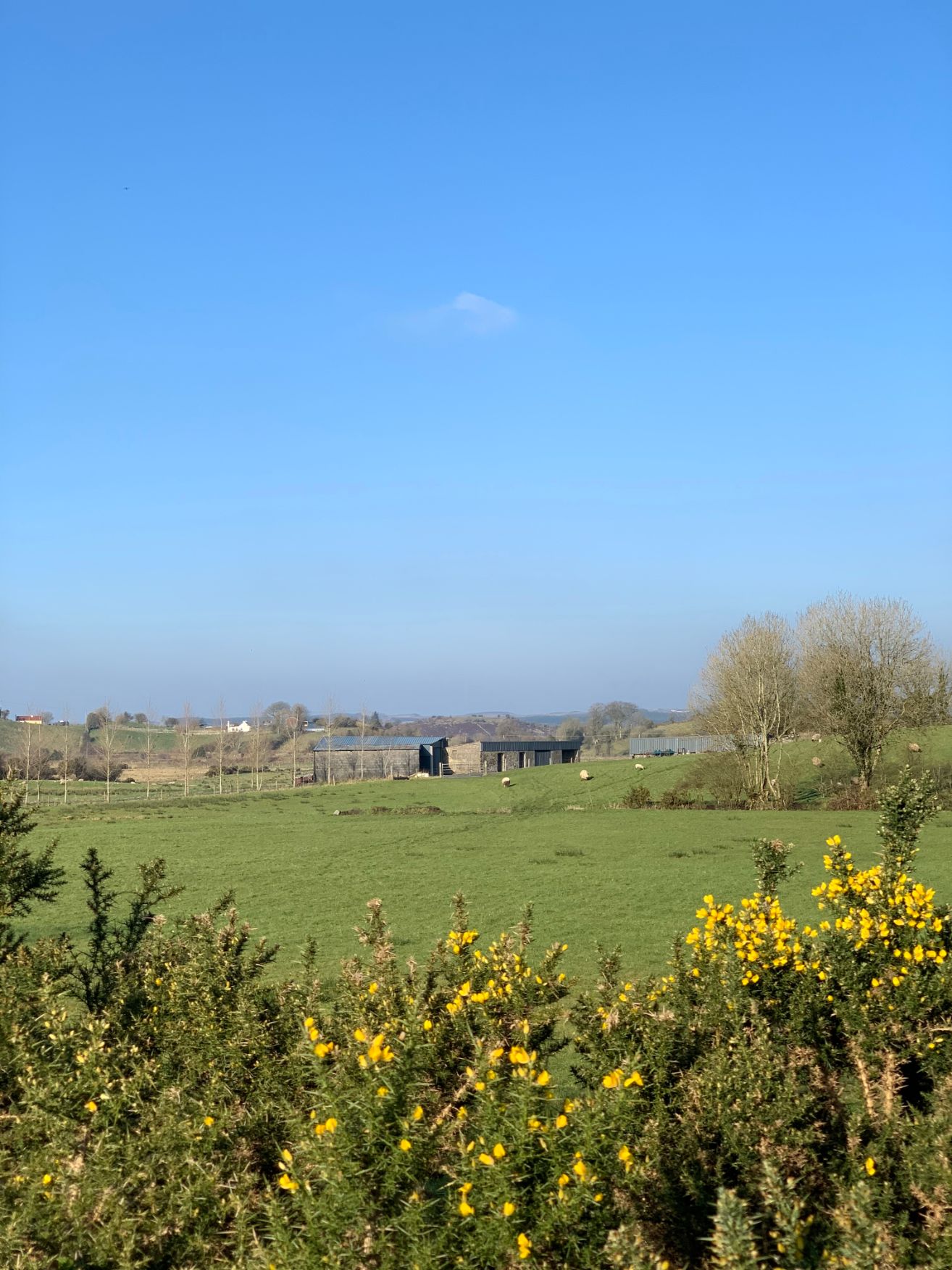 Building their lives in Ireland

The couple hopes to mirror their career successes in Ireland; Jessica is in the process of establishing her own photography business in the Emerald Isle, targeting architects, interior designs, hotels, magazines, and commercial clients.

She has her second architecture and interior design coffee table book being published by Vendome Press, NYC, in October entitled, Beachside – Windsor Architecture and Design. Her first book, published in 2015, is entitled Palm Beach Chic.

Meanwhile, Gerard is considering continuing his renovation and building business in Ireland, but is currently a part-time farmer and caretaker for his parents. 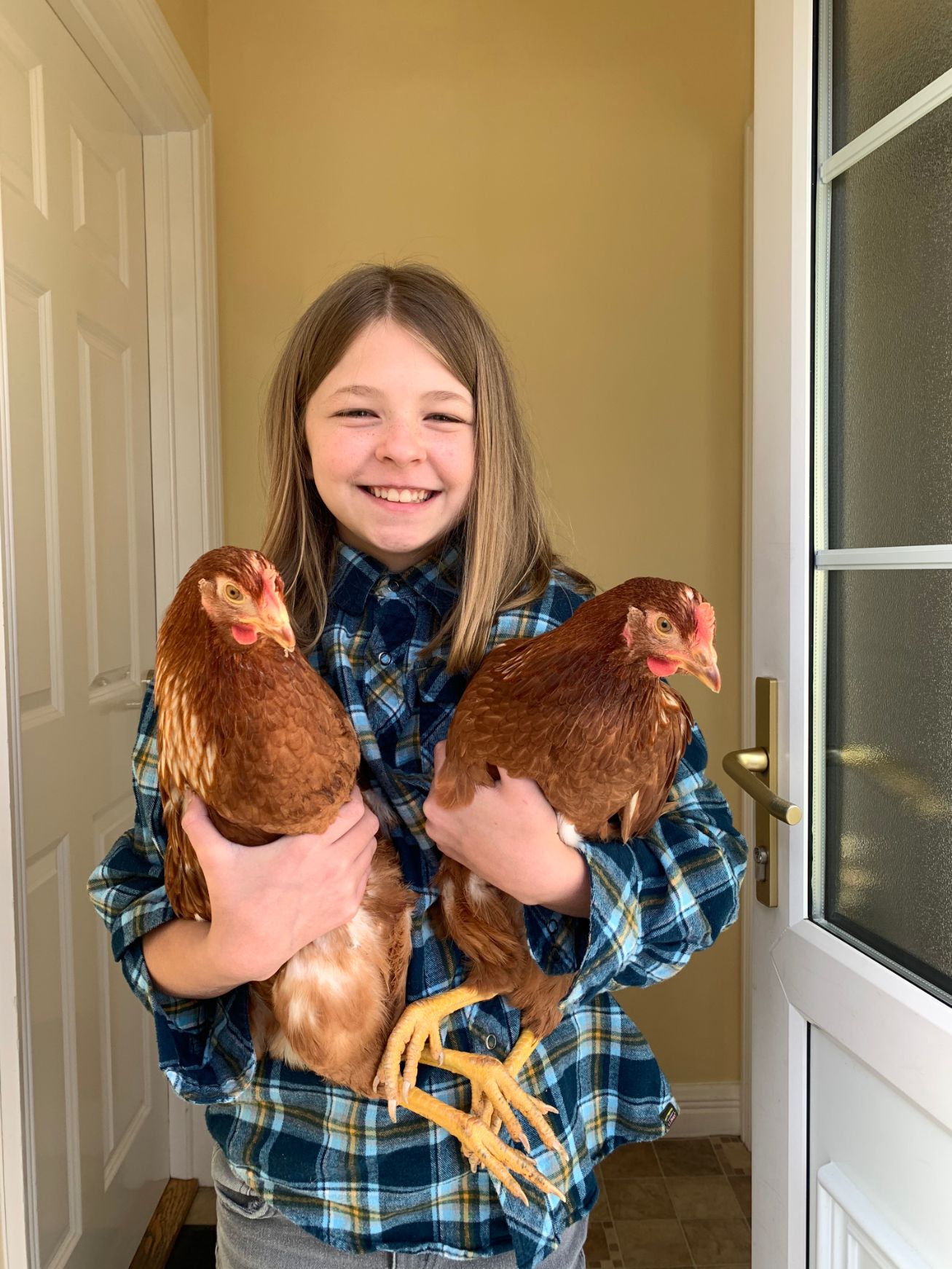 The family purchase heifers when they are 12-15 months and slaughter them when they are factory-ready. On the other hand, they operate an early lambing flock and bring the majority of progeny through to slaughter and retain some ewe lambs as replacements.

“Farming is a family tradition in the Glynn family. They have been farmers outside Kiltimagh for multiple generations. In addition, my great aunt owned a potato farm on the East End of Long Island,” Jessica remarked.

“The Glynn family has raised beef cattle for years. Gerard got introduced to sheep when he was in agricultural college. So, he decided to start sheep farming as well on the farm.”

“We did not farm whilst in the USA. It is hard to make a living farming on a relatively small farm. However, I like the lifestyle and open space. I like being able to be outdoors all the time.”

“There are no two days on the farm that are the same. First, we wake up around 7 am and do the jobs by checking on all the animals, feeding them, and ensuring they are all healthy and safe. Then, we do the same again in the evening. Then, during the middle of the day, I work on the house in Kilmovee.” 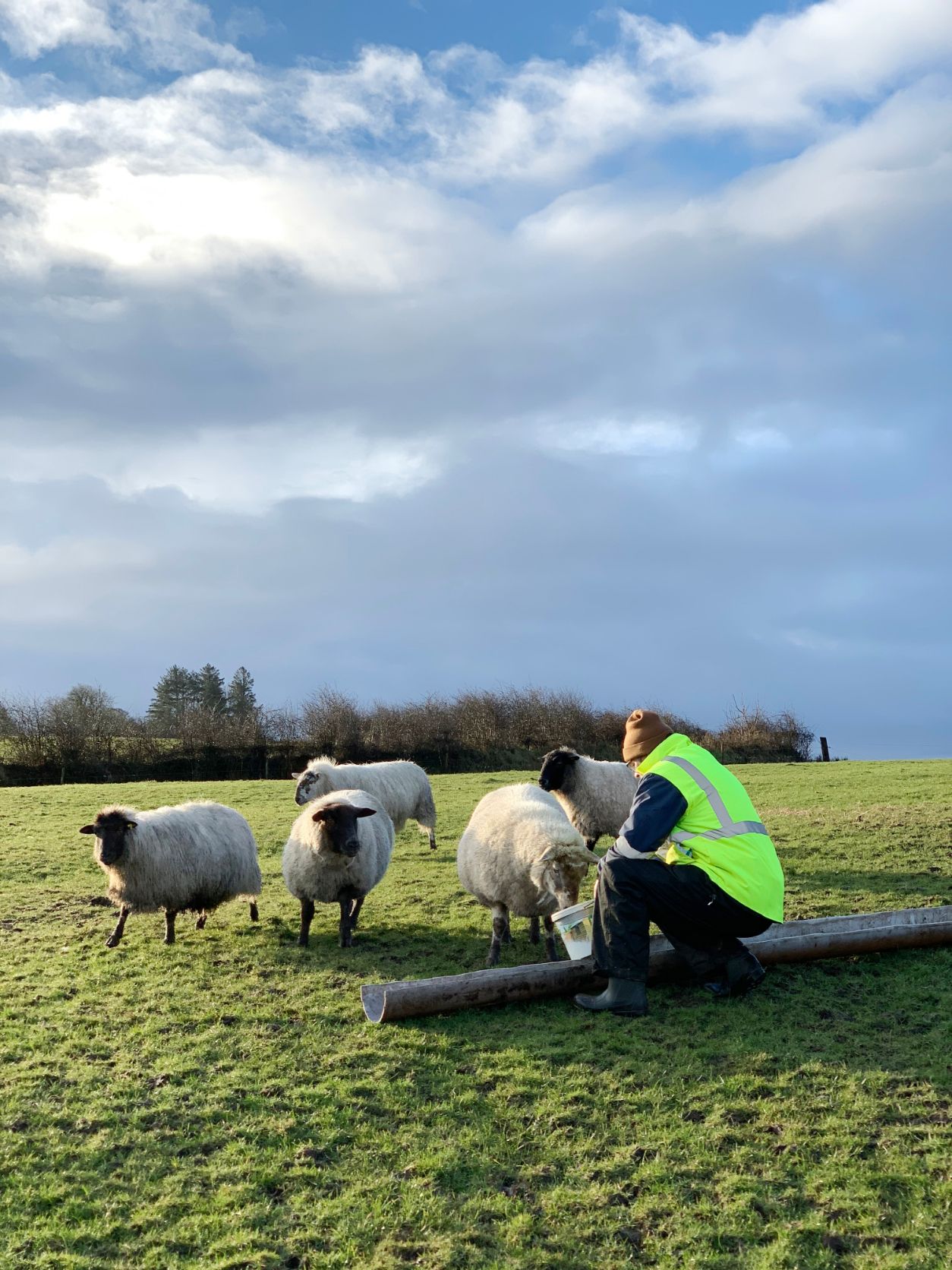 “We are trying to get our home in Kilmovee finished and get settled. Our long-term goal would be to expand the farm if it were profitable and feasible.”

“We plan to live in Ireland long-term. However, when we are of retirement age, we may spend the winters in Florida. We have been together for over 20 years and married for 14 years.”

“Collectively, we want to raise a well-balanced and well-educated daughter that can appreciate all aspects of life. Ireland is a wonderful place to raise kids, and it was one of our deciding factors in moving.”

“Politics in American has started taking over everything, and it is hard to relax and enjoy everyday life,” Jessica concluded.