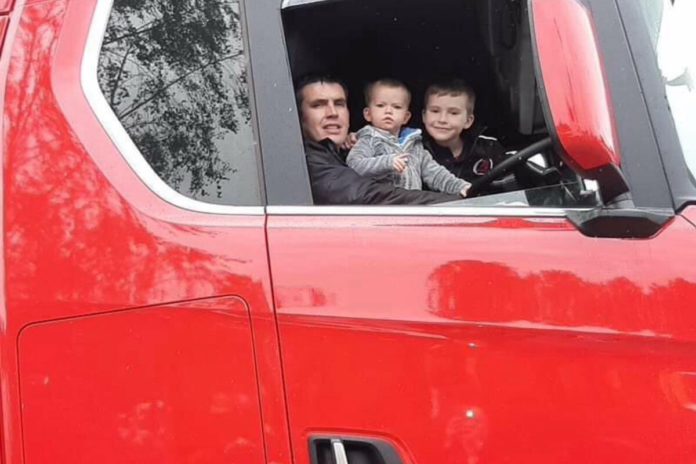 ‘O’Neill is the name; livestock is the game’ – haulier

In this week’s Livestock Haulage segment, That’s Farming, speaks to Martin O’Neill from Martin O’Neill Transport about exporting and importing livestock throughout Europe.

“My father would have had lorries from the early 1980s, but he gave it up. I had an interest, and I started up my own company nine or ten years ago,” Martin O’Neill told That’s Farming.

“We were probably driving long before we were supposed to be on the farm years ago. It was a lot different back then. Every young person was driving; we used to sneak out of school and go away on the lorries with our dads.”

“When you are working with animals, it is good to have a farming background to relate to the farmer and speak with them. I like doing it because I get a buzz out of it when I see the animals there and how well they have travelled.”

“I did a few loads to England and just started getting braver. Previously, I have been to Sweden and Denmark with horses years before. I started my own business, working for a friend. I started with one lorry, and I expanded to four articulated lorries and four trailers doing most of Europe.”

Building up his company

In 2009, Martin established Martin O’Neill Transport, beginning with a SCANIA R620 lorry and trailer. “The mart job was not my biggest job. My biggest thing was loading in the yards and going out abroad,” he explained.

At the age of 18, Martin completed his class one and two lorry license.“However, my first haulage load was done long before completing that.”

“We travelled many counties I probably would have never done if I had not started livestock. I never say anywhere is ever too far; if there is a road, we will get there. It is one of them situations where if they call, we will go.” 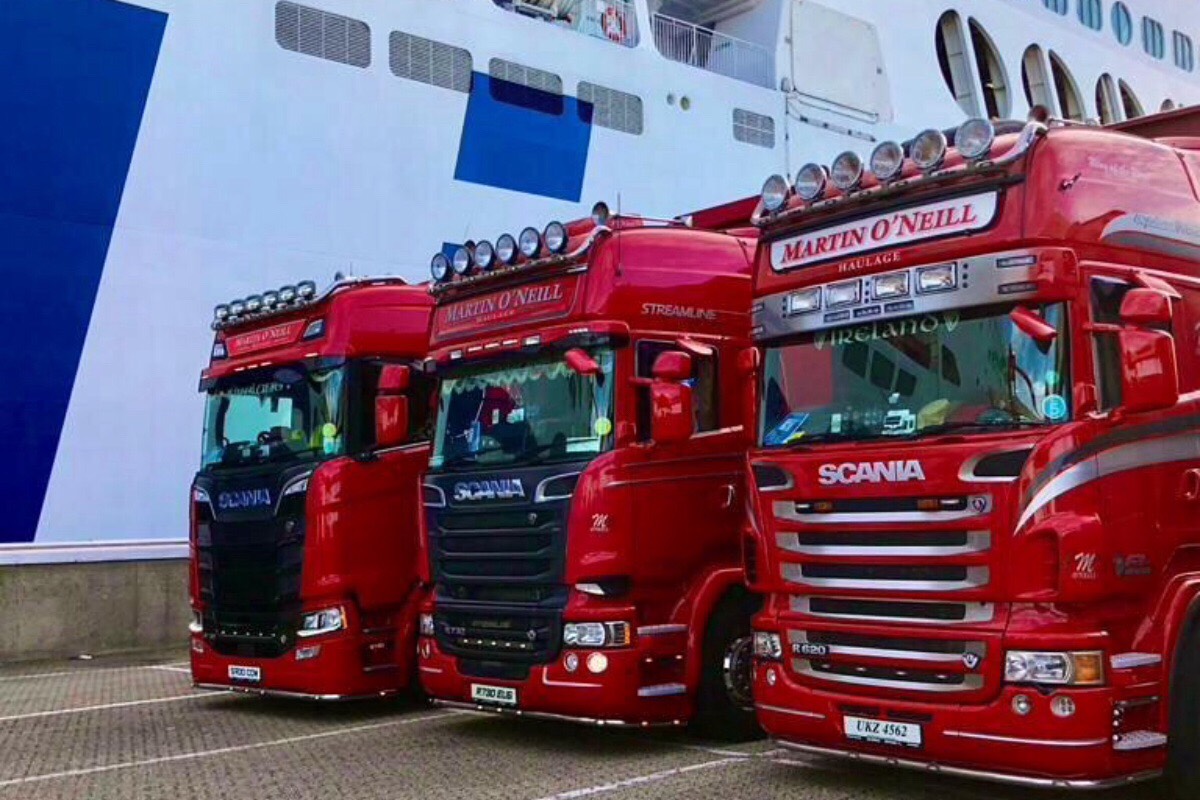 Today, Martin employs his wife, who completes bookkeeping and three employees who he describes as part of his “family”.

Motivating Martin each day is a motto “there is no road too far” with his employees guided by the slogan “O’Neill is the name; livestock is the game”.

“I drive myself as I like the job and like to see what is going on. I treat myself like a worker. Honestly, I would not ask them to do any work I would not do myself. They will probably tell you I do more than they do.”

Furthermore, Martin outlined what he looks for in an employee. “When you go to a yard to pick up animals, the first person you see is the driver of the lorry, so they have to be respectable, clean and tidy and have good manners. So a background in animal welfare is one of the top ones in my book.”

“We have four trailers. We bought two new ones this year. They are the first of their kind in Ireland and the UK. They are called lowriders because of the extra height you can load two decks of cows and drive on the continent with your roof closed as there is a 4-metre rule.”

He noted it is a “top priority in his eye” that these trailers meet animal welfare guidelines. In addition, he said they all carry red tractor certificates and temperature monitoring systems to calculate each country’s climate.

“My main aim is to look after the animals and making sure the job is done right. It is the reason why we have these trailers to keep the animal welfare up to the highest standard as we can.” 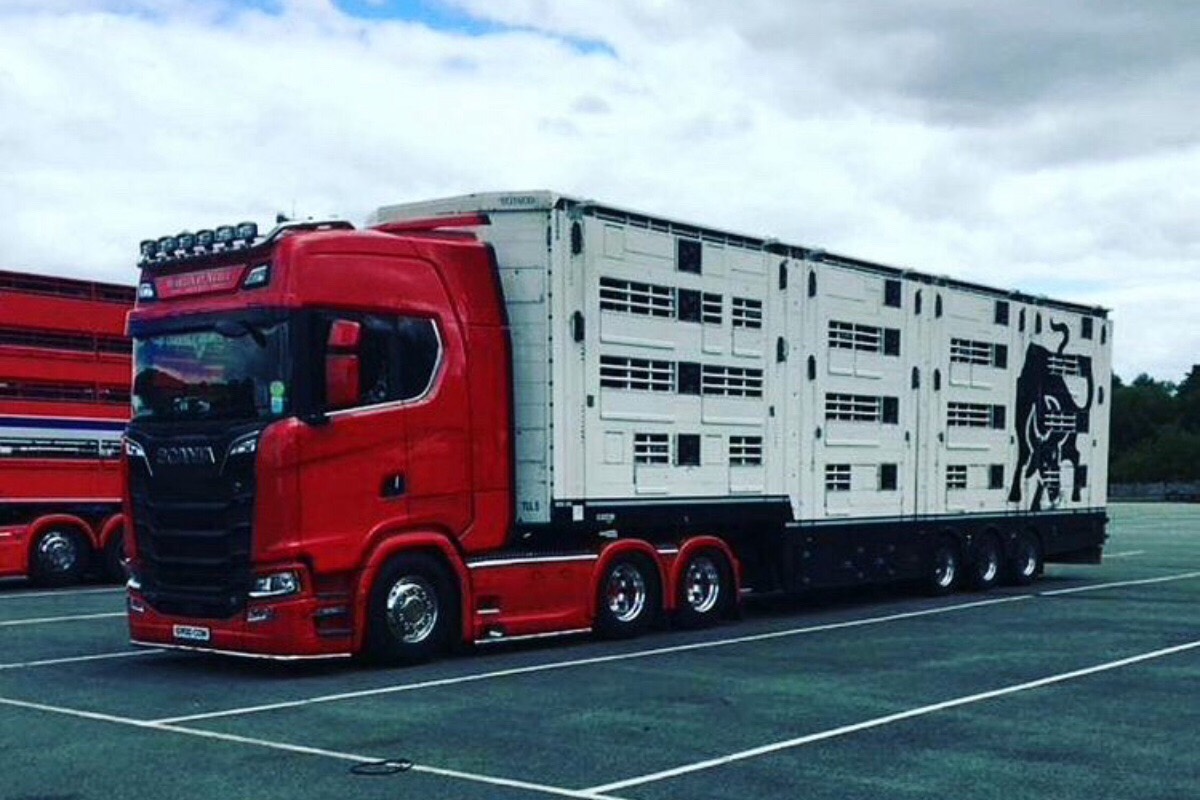 “The way I do it is I try to keep the lorries and trailers fresh to the highest standards and take as little out of the company and pump it back in and get to it where you want to be.”

“Clean lorries and fresh trailers, people talk about that; it is the whole aim of the game. So do the thing and do it right, or do not do it at all.”

Furthermore, Martin noted it is essential for him to judge the weight of an upcoming load of animals to organise PBN numbers, booking references and boats.

He indicated that he could export a load of approximately 35 to 40 head of cattle and 470 to 500 sheep. Furthermore, he stated the number of livestock in the consignment depends on the livestock weight and the time of the year, as he noted “there will be more wool on sheep as the year progresses”.

Commenting on the impact of Brexit on his company, he said they were one of two companies approved in England and the continent to transport animals.

“You have to be more prepared and plan more in advance. It is about contacting your customer and letting them know what you have in place to make things easier for them.”

“You cannot ring up and say I will go on the next boat if you have already planned to be on a certain boat. This is because the numbers are now tied up with the booking and have to be updated online.” 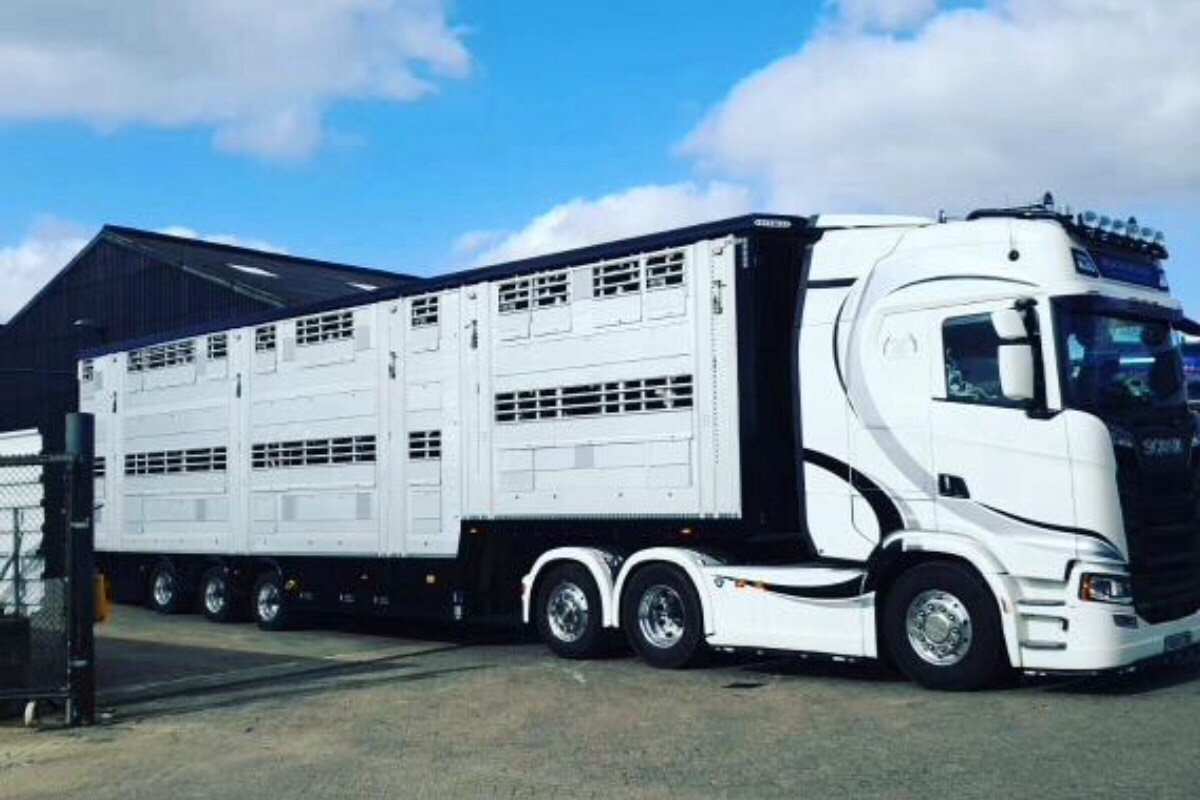 According to Martin, the company transports three to four loads of livestock to and from Spain and Italy weekly and sometimes further afield.

“During the busy part of the year for sheep from June to December, one lorry is based in England, Scotland, and Wales primarily concentrating on sheep transport. However, a second lorry is needed from time to time depending on the volume each week.”

Furthermore, he noted a weekly contract in the UK could consist of hauling 4,000 sheep between England, Scotland and Wales. “I try to keep the lorries loaded both ways if possible. Livestock is the main one; we sometimes do tiles, but not that often.”

Martin pointed out some upcoming contracts, including bringing 2,500 Hereford and Angus breeding heifers to Kazakhstan.

“The big importer is dairy cattle. We are bringing a good few Fleckvieh into Ireland. We are doing a lot of dairy heifers and breeding heifers for the dairy industry.”

Furthermore, Martin described 2021 as “busy so far”, transporting dairy animals from Denmark. He explained he worked with a firm to transport the first two consignments of dairy animals out of Ireland post-Brexit.

“We have another contract coming up with 500 breeding heifers to go to Romania. The first load went away last week. It is a strange year; we do a number of calves usually, and this year, we have not done as many because of prices.”

“The Covid-19 pandemic did not help things. The numbers are not there as many farmers have turned to Angus and continental-type calves this year.”

“I think this year at the backend, the weanlings will be busy. I can also see the English market picking up as the price of beef is a lot more expensive than us.” 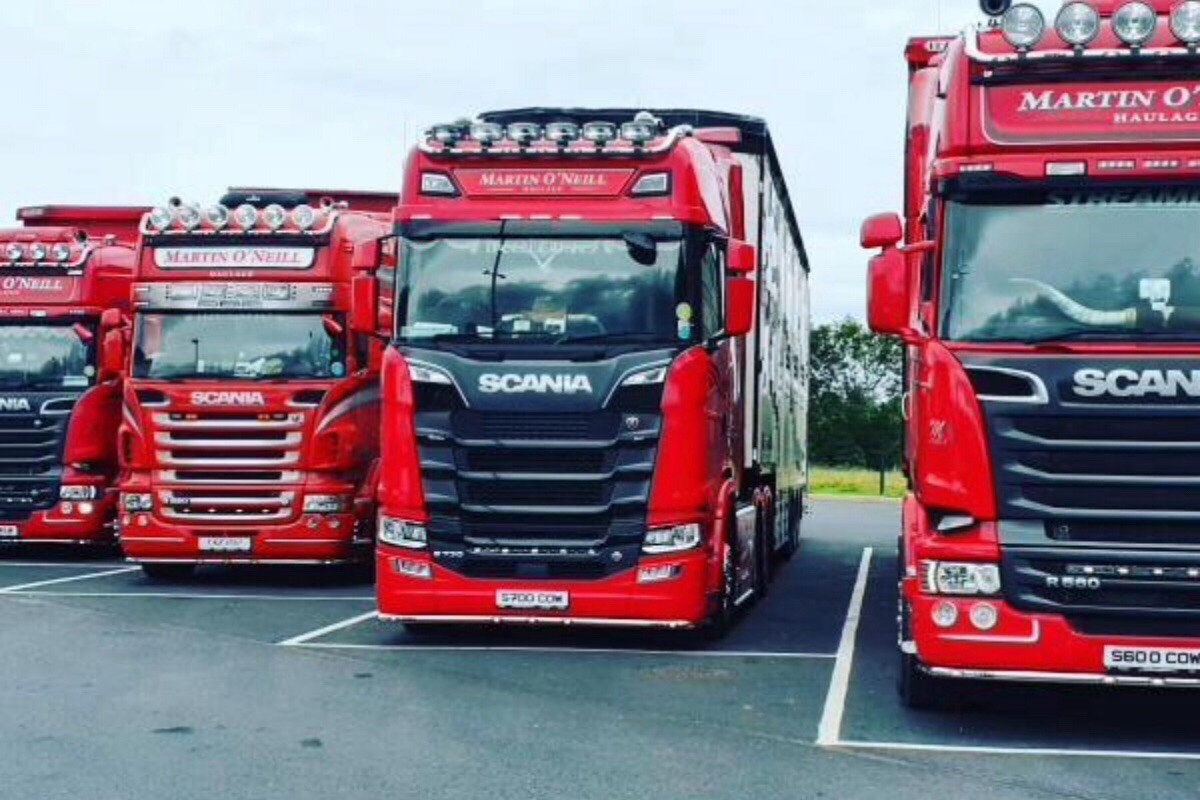 Looking ahead, Martin plans to keep running the company and hand it down to the third generation, one of his sons.

“I would like to think in five years, I will still be doing livestock. Honestly, I am happy with what I have as the workload is big enough for me at the moment.”

Furthermore, Martin believes to be a successful haulier takes a lot of dedication and a strong backing. “It cannot be done on your own. The amount of time and effort put in is serious. My phone is never off; it is on all the time.”

“If you did not love the job, you would not do it. It is one of them jobs that you get a buzz from when the animals are delivered safely, the job is done well, and the farmer is happy.”

“Many people do not see what goes on behind the scenes. For example, there is a lot of cleaning and preparation before we go for a load. Many people would not see that; they only see the fancy lorry.”

His advice for upcoming haulage drivers is as follows: “Work for someone first and see if you like it.”