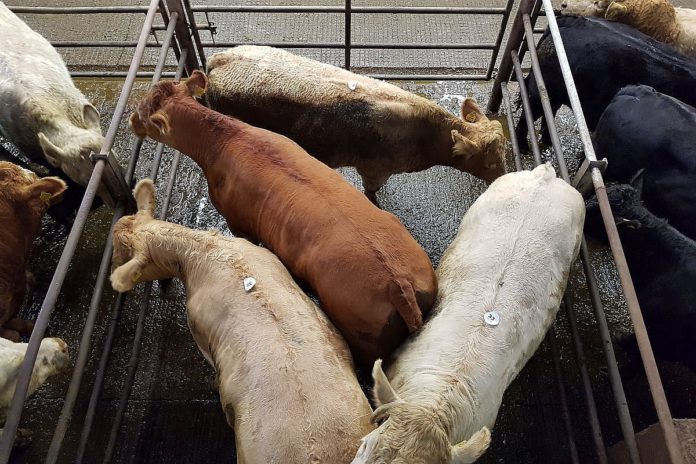 Founder of Ireland’s Future, Gerry Loftus, has called for the decision to close livestock marts to be revisited.

He said that their closure, without an alternative plan being offered, was “ill-taught out and non-realistic”.

He pointed out that last year, the organisation made an effort to bring mart managers together which resulted in the formation of the Mart Managers of Ireland (MMI).

Loftus outlined that the organisation now has in excess of thirty marts under the stewardship of Eimear McGuinness. “Recently, we all put in an extreme effort to put a plan in place to ensure the trading of livestock could continue at this very difficult time.”

“That plan involved farmers bringing their animals to marts and mart staff taking charge of stock from there.”

“A limited number of farmers were allowed into the sales ring but now I believe, that needs to be tweaked with no non-trading patrons being allowed into sales rings.”

He proposed that farmers should sell cattle subject where possible and that ‘drop-and-go’ systems should be rolled out at all venues. “All that would be allowed into the sales ring would be an agreed number of buyers.”

“Some of these measures were implemented by some marts in recent weeks, however, as far as I am concerned, these rules must be strictly applied.”

“Perhaps, marts should put in place assistant managers to oversee the process?” he suggested.

The organisation is of the opinion that all sheep sales should be conducted in the same manner to cattle sales with entries being put through the sales ring.

“Mart staff, buyers and everybody associated with this process, would have to be provided with all the necessary protective clothing.”

“This is the only realistic solution to this problem at the moment,” Loftus added.

He is of the opinion that online trading platforms will “never be a solution” to the sale of live animals.

“Yes – it would pull us through in the short-term if we were ready to implement it, but we are not. Too many marts do not have the infrastructure in place and too many parts of rural Ireland do not have broadband.”

“Too many farmers have not got the technology – it’s simply a non-runner in my view.”

He stressed that long-term, selling live animals is “very different” to selling most other products, where most of the information required, is identified.

“There are so many things you need to identify when buying a live animal which are not identifiable on a screen.”

“Shape, size, bone structure, quality, mobility and most important health – health, in particular, in selling young calves, do they have scour or pneumonia? Are they fresh and healthy?”

“Then there will be financial implications on marts and revenue lost to mart towns which they badly need. Online selling to me, is nothing more than a wild suggestion without having thought it through.”

Loftus also called on the HSE and the DAFM must review the current situation. “Are they seriously saying that farmers living in isolation in the countryside carry the same risk of spreading Covid-19 as somebody living in a built-up environment like a highly-populated city or town?”

“Self-isolation is something farmers won’t have a problem within the unfortunate situation of catching this disease – Many of them are self-isolating every day. The current situation is putting a massive strain on farmers, physically, mentally and financially. I am hugely concerned about a backlog of animals in the system and the foodchain.”

“Consideration must also be given into how long this situation could go on for – What sort of animal welfare issues will this create if this went on for six-months, a year or longer if marts remained closed.”

“For the common good, it is essential that the trading of livestock is allowed to continue in a realistic and safe manner – I fully believe this can be achieved.” Loftus concluded.