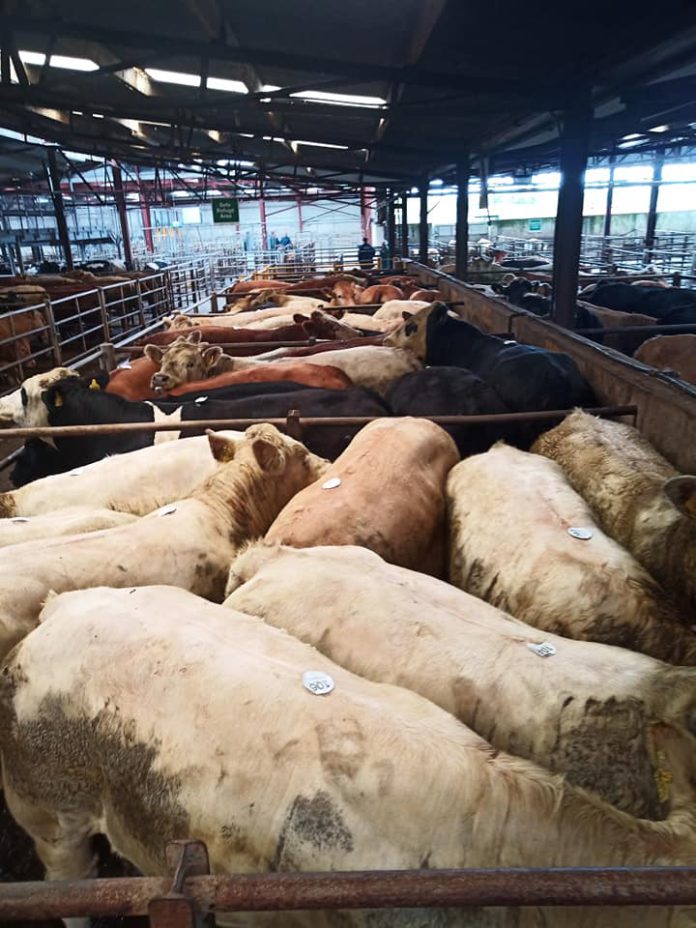 Online bidder forks out €2,380 for suckler pair at Balla

“History was made at Balla Mart on Saturday, July 18th, with the number of cattle on offer for the time of year,” according to a spokesperson.

The spokesperson noted that its online bidding facility continued to be a popular hit across all categories with many customers conducting business digitally.

“The great trade of the last few weeks continued resulting in a complete clearance in the bullocks and heifers.”

“A fine sale of heifers with over 250 booked which was sold in the third ring. It was a very good trade with lots of online bids.”

Just over 100 cows were presented for sale and they averaged €1.75/kg, according to the mart spokesperson.

The sale-topper in this category came in the form of a Charolais cow, weighing 800kgs, which sold for €1,770.

In the suckler ring, a 6-year-old Limousin cow with a Limousin bull calf sold at €2,380; the hammer fell to an online purchaser at €2,380, following a lively bidding war.