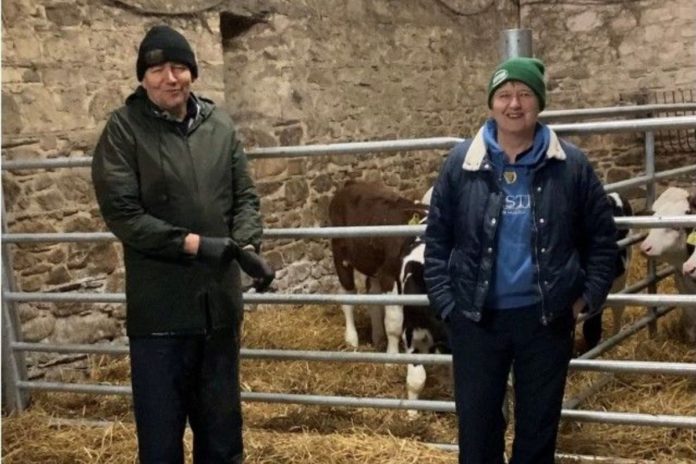 Ann Fitzgerald, who runs a 120-strong herd with husband and is secretary of the Montbeliarde Cattle Society of Ireland, is this week’s featured dairy farmer.

Ann Fitzgerald and her husband, John, milk 120 cows and farm pedigree Montbeliardes under the Gobbinstown prefix, whilst running a tillage enterprise.

Ann’s association with the Montbeliarde breed began by chance back in 1994 when she won a heifer calf, Cleona, at the National Ploughing Championships and joined the breed society.

Her lucky strike paved the way for a transition to Montbeliardes, but the couple did face challenges along the way.

“Unfortunately, we were wiped out with BSE in March 2002, we were depopulated and had to pick ourselves up and start again. We purchased 44 Holstein heifers and 8 Montbeliarde heifers, all pedigrees. Over the following two years, we purchased another 10 Montbeliardes.” Ann told That’s Farming. 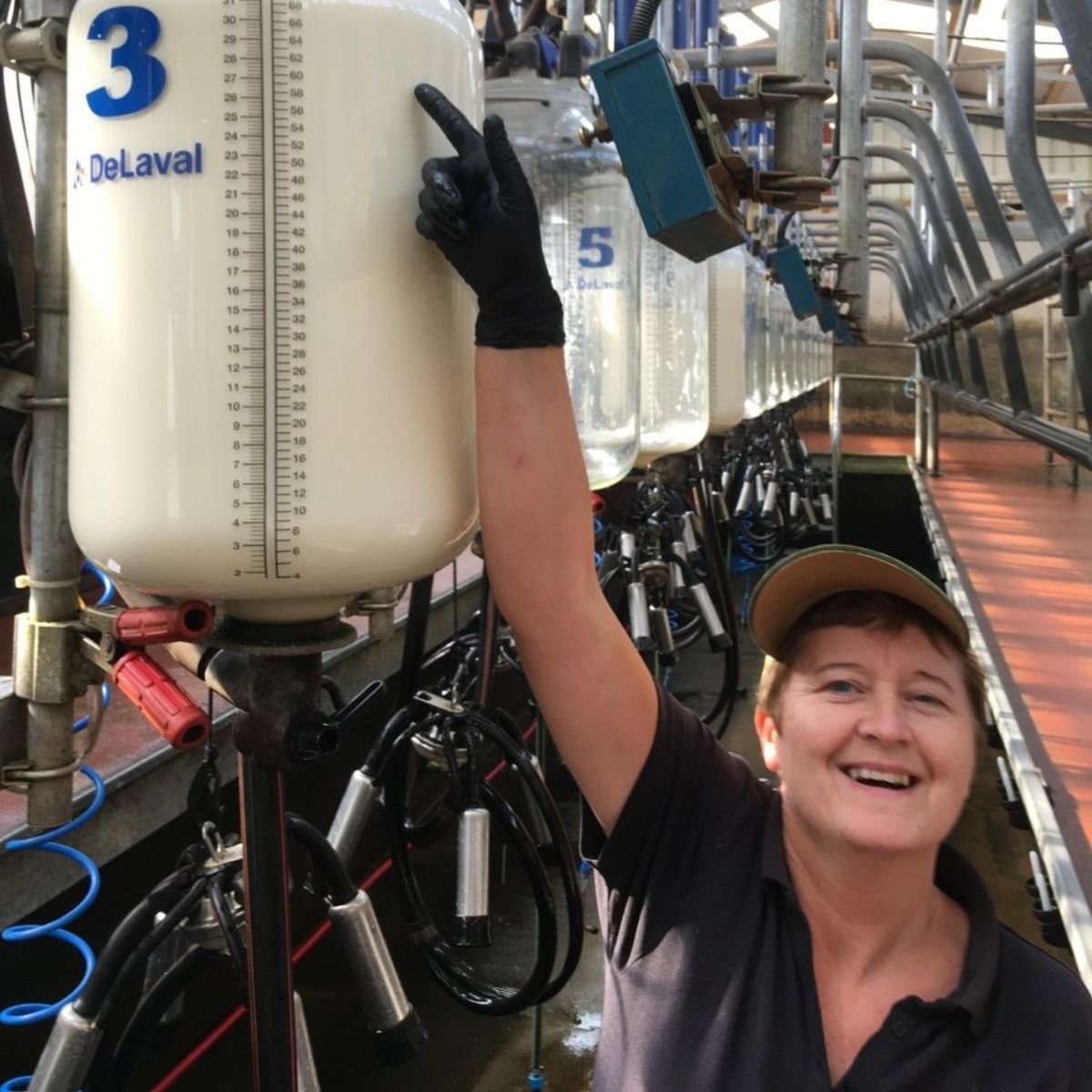 Despite this, the couple has successfully grown their dairy herd to 120 cows, having retained replacements. In 2020, the herd (including 28 heifers) produced an average of 8,000 litres at 3.5% protein and 3.8% with SCC at 76 from a concentrate input of 1.5T/cow.

Cows are milked using a 16-unit DeLaval parlour which the couple built in 2011. Milking takes approximately 2 hours, and some cows are giving up to 48-litres at peak daily.

“The clock goes off at 5:45 am every morning 365 days-of-the year. We milk all-year-round in the evening times as well. In the afternoons, we dose, bed calves, lime cubicles and do everything else that we need to do – it’s a team effort.”

“We have a 70-75% 6-week caving rate. Calving rate is not a thing we get too excited about. We like to take our time with cows calving and make sure calves are looked after and given the best start in life.”

“Besides, we always have a few in November and December as it is good to have strong bulls for the following year. We do not mind if they have bulls or heifers as they are all valuable.” 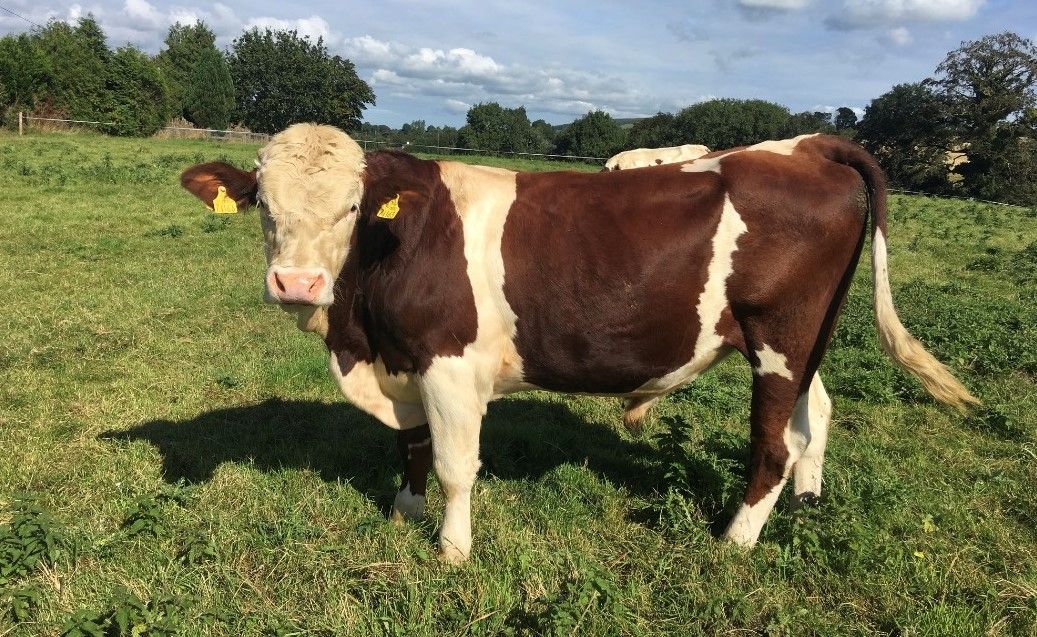 They utilise top AI sires from Coopex in France through Dovea Genetics. “You have to have a good breeding programme to keep improving your herd. We also use the aAa system to get the best mating matches.” Ann outlined.

The couple retains all females as replacements and sell surplus heifers as breeding stock, while they sell 18-month-old bulls for breeding purposes.

“They are finished with him then, so they will come back to me. I will get a customer for that bull, and in return, they will buy a young bull from me.”

“I want a strong, healthy cow that can walk to the furthest paddock on-farm. Of course, she must be a Montbeliarde!” 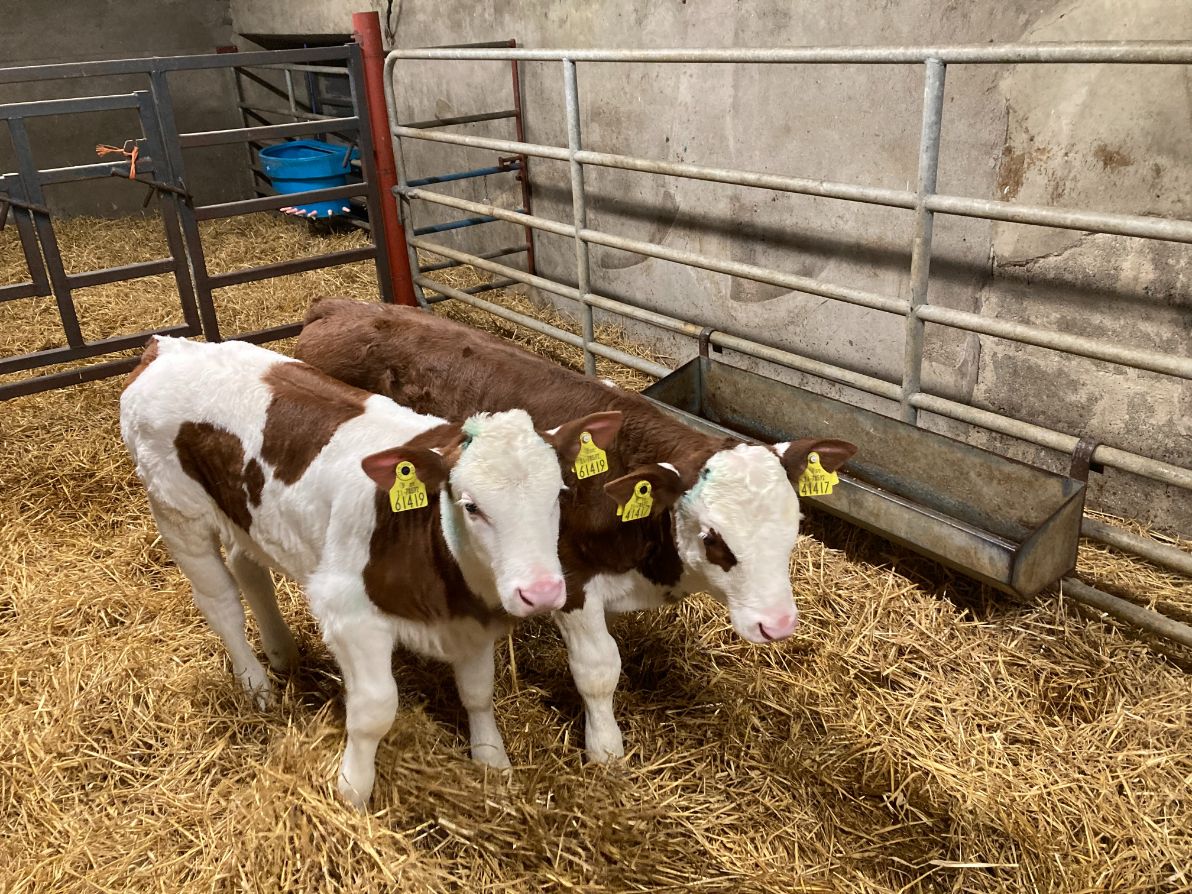 Ann has held the position of secretary of the Montbeliarde Cattle Society of Ireland for over 20 years. Ann takes pride in this voluntary role which allows her to foster links with farmers nationwide.

“People contact me if they want to find out about the breed or if they want to become members. Furthermore, if somebody from a certain county is interested in the breed, I put them in touch with someone in their areas so they can visit farms and see for themselves.”

Since filling these shoes, she has witnessed a surge in the breed’s popularity among farmers across the country.

“The breed has been in the country since the early eighties and is going from strength to strength. Montbeliardes put more money in your pocket. I think they complement the Holstein in the sense that they can cross-breed with them, and there is a great demand for calves.

“Montbeliardes are great to work with. I wouldn’t go out to the farm if I did not have Montbeliardes; I just love them.” Ann concluded.