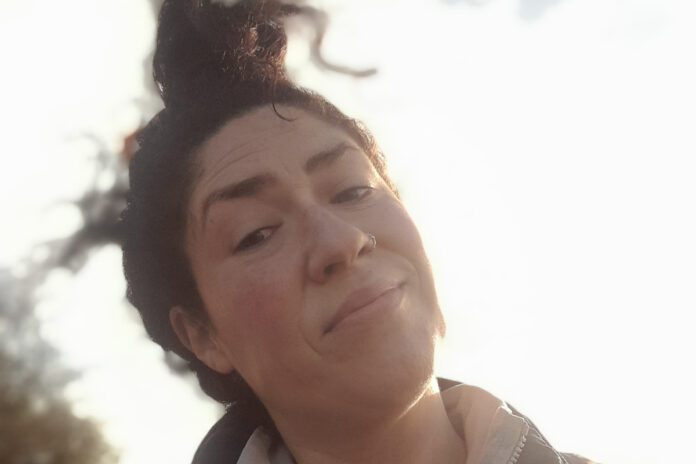 Diary: Hooking up the ‘lambulance’ for two sick ewes

In this week’s Farmer’s Diary, sheep farmer, Clodagh Hughes discusses, in true Irish fashion, the weather and cases of mastitis in ewes.

In my last article, I was waxing lyrical about getting my ewes and lambs out.

Well, by gum, this week has given me a right kick in the guts.

While out checking my flock, on two separate occasions, I had had to rush back to the yard to hook up my ‘lambulance’ and retrieve a very sick ewe who had been struck down with acute mastitis.

There are two types of mastitis; acute and chronic. Acute mastitis is more serious due to the speed at which a ewe can succumb to the disease.

There are a number of mitigating causes, and it can occur during the lactation period in particular.

If the ewe’s teats suffered a cut from her lamb, this cut can turn into a lesion and if the offending bacteria responsible for causing mastitis (of which there are a few) get into the teat canal, the result can be a very sick ewe indeed.

NOTE: lambs have very sharp incisor teeth …a fact I can painfully attest to. Out of my two girls that contracted mastitis, one was not as bad as the other.

It is quite possible that I just did not catch the second ewe in time, but folks, we are talking mere hours for these extremely nasty bacteria to cause a lot of damage.

Consequently, she has developed gangrenous mastitis or ‘blue bag’, and it is serious.

She will literally lose half her udder and will, unfortunately, be unable to breed next season.

I check my stock quite regularly, as you all know. Both these ewes seemed absolutely fine that morning, but 4/5 hours later, when I went over with meal, they had gotten so bad they would not come to the troughs to feed.

I guess I am trying to justify myself a bit here!

As it stands, I have both ewes tucked up in the shed on a course of antibiotics and anti-inflammatories.

Along with nursing care from yours truly, they are slowly recovering.

The best outcome now would be to save both ewes but lose a milking teat each. And here is the real pain in the woolly ass…they were both rearing twins!

So, I have to teach them to drink from the bottle to ensure they continue to receive enough milk.

What did I tell you all last week? A shepherd’s work is never done!

Ok, folks, apologies in advance, but we have to talk about the weather.

This time last week, I was out in the fields in a vest top and anxiously hoping for a small bit of rain to wash in some slurry that had spread.

Fast forward three or four days, and I am back in my layers, woolly hats, and wind burned face!

I know we have a very varied climate here in Ireland; we are liable to have a heatwave in March or see snow in late spring.

However, dramatic change over the last week has taken a lot of us by surprise, especially those of us who put livestock out to grass.