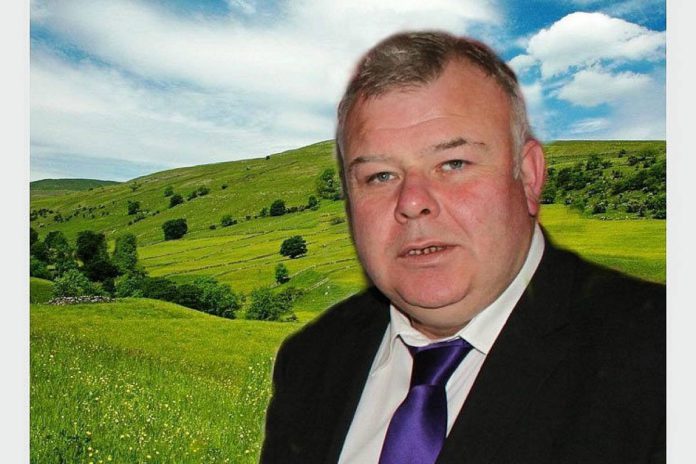 Efforts to secure EU supports for the “heavily-impacted” beef sector in light of Covid-19 must continue, according to independent TD, Michael Fitzmaurice.

During a video conference call with the Minister for Agriculture, Michael Creed, and a number of other public representatives, he called on the minister to persevere with his efforts to secure EU support for the beef sector.

Commenting on the matter, the Roscommon-Galway TD said: “In recent weeks, the price of beef cattle has dropped to €3.40/kg. That’s a loss of between €120 and €125 on a 400kg carcass, compared to where prices were prior to this outbreak.”

He stressed that the beef sector, in particular, has taken a significant hit as a result of this virus.

“In recent weeks, the demand for beef has dried up and livestock marts have been forced to closed. While there are limited opportunities for farmers to sell their livestock at the moment, it may be difficult to secure their true market value.”

He called on the minister to examine the possibility of introducing a scheme, similar to the Beef Exceptional Aid Measure (BEAM).

“Given the struggles that were already facing beef farmers prior to the problems brought about by the Covid-19 outbreak, there is no doubt that the sector will require support.”

“The minister must continue his efforts to sure aids to storage and intervention, at a proper price, for the beef sector,” Fitzmaurice added.

The issue of stocking rates was another topic discussed during the course of the conference call.

Commenting, Fitzmaurice said: “In relation to the current BEAM scheme, farmers are required to make certain reductions over a 12-month period. I called on the minister to consider relaxing this rule given the current situation.

“Farmers involved in the scheme may have intended to market animals during the current period, in order to reach the required targets to meet the BEAM scheme’s criteria.

“But the recent closures of livestock marts have thrown a spanner in the works.”

“Also, many farmers are worried that they may not meet the stocking rate condition for seven consecutive months under the ANC scheme – given the reduced opportunities to purchase livestock.

“While I agree with the minister that abolishing the stocking rate requirement altogether is not the way to go, I asked for a reduction in the period of seven consecutive months down to four to be considered,” he concluded.