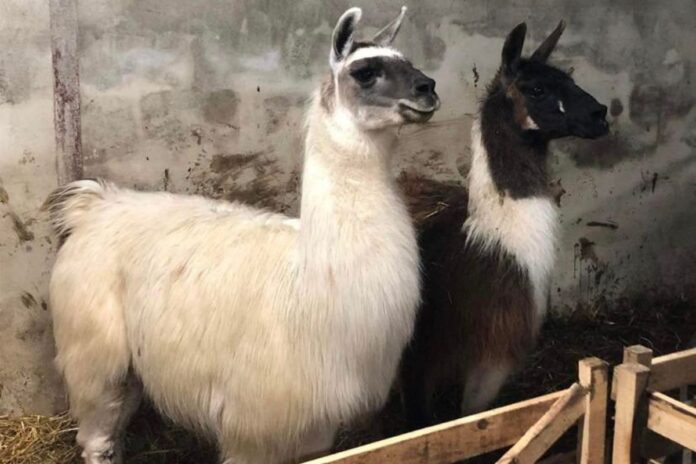 This week, a rare opportunity presented itself at Manorhamilton Mart when two domesticated South American camelids came under the hammer.

The spokesperson noted that the “special” entry had garnered notable pre-sale interest as the mart had advertised the “rare breeds” on their Facebook page, which has over 5,000 likes.

They explained: “There was a large audience both online and at the ringside. Two male llamas were auctioned for sale with one reaching €420 and the other was sold on the night for €470.”

“Our sheep sales take place every Wednesday evening at 6 pm. We sell fat sheep and cull ewes first followed by in-lamb ewes and ewes with lambs at foot.”

“In addition, even goats, lamas and dogs are offered for sale. Telephone 071-9855118 for more information,” the spokesperson concluded.

How llama’s antibodies could prevent and treat Covid-19

In other related-news, last year, we reported that a small antibody llamas produce could provide a new treatment for Covid-19 patients in the form of a nasal spray.

Scientists at the Rosalind Franklin Institute have shown that nanobodies can target the SARS-CoV-2 virus that causes Covid-19.

Nanobodies are a smaller, simple form of antibody that llamas and camels generate.

Scientists claim that they could provide a cheaper and easier to use alternative to human antibodies taken from patients who have recovered from Covid-19.

They discovered that short chains of the molecules significantly reduced signs of disease when administered to infected animal models. These molecules can be produced in large quantities in the laboratory.

The nanobodies bind tightly to the SARS-CoV-2 virus.

You can read more on this article on That’s Farming.