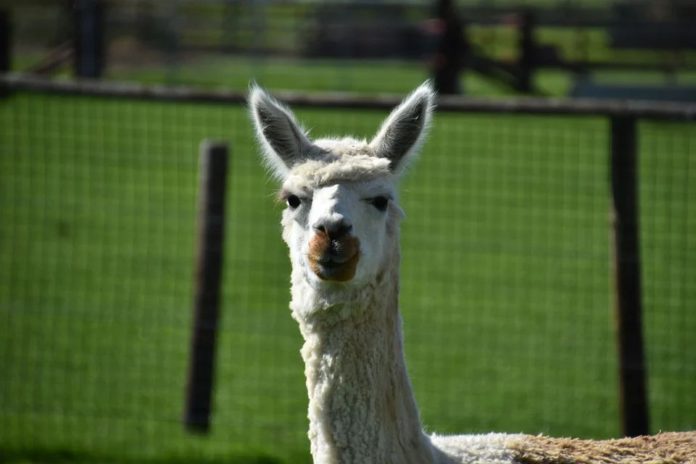 How llama’s antibodies could prevent and treat Covid-19

A small antibody llamas produce could provide a new treatment for Covid-19 patients in the form of a nasal spray.

Scientists at the Rosalind Franklin Institute have shown that nanobodies can target the SARS-CoV-2 virus that causes Covid-19. Nanobodies are a smaller, simple form of antibody llamas and camels generate.

Scientists claim that they could provide a cheaper and easier to use alternative to human antibodies taken from patients who have recovered from Covid-19.

They discovered that short chains of the molecules significantly reduced signs of disease when administered to infected animal models. These molecules can be produced in large quantities in the laboratory.

The nanobodies bind tightly to the SARS-CoV-2 virus.

Human antibodies have been a key treatment for serious cases during the pandemic. However, they typically need to be administered by infusion through a needle in hospitals.

Public Health England revealed that nanobodies “are among the most effective SARS-CoV-2 neutralising agents we have ever tested”.

Professor Ray Owens, head of protein production at the Rosalind Franklin Institute and lead author of the research, pointed out that nanobodies have several advantages over human antibodies.

The research team’s findings are published in the journal Nature Communication. They could generate the nanobodies by injecting a portion of the SARS-CoV-2 spike protein into a llama. Fifi, the llama, is part of the antibody production facility at the University of Reading.

The spike protein is found on the outside of the virus and is responsible for binding to human cells to infect them.

Although the injections did not make Fifi sick, they triggered her immune system to fight off the virus protein by generating nanobodies against it.

They then took a small blood sample from the llama. Researchers were able to purify four nanobodies capable of binding to the Covid-19 virus.

They then combined nanobodies into chains of three to increase their ability to bind to the virus. These were then produced in cells in the laboratory.

The team found three nanobody chains were able to neutralise both the original variants of the Covid-19 virus and the Alpha variant that was first identified in Kent, UK.

Scientists view the results as the first step towards developing a new type of treatment against Covid-19, which could prove “invaluable” as the pandemic continues.

Treatment and prevention of Covid-19

Scientists believe the nanobodies’ unique structure and strength could contribute to their significant potential for preventing and treating COVID-19.

They now hope to secure funding to conduct further research to prepare for clinical studies in humans.